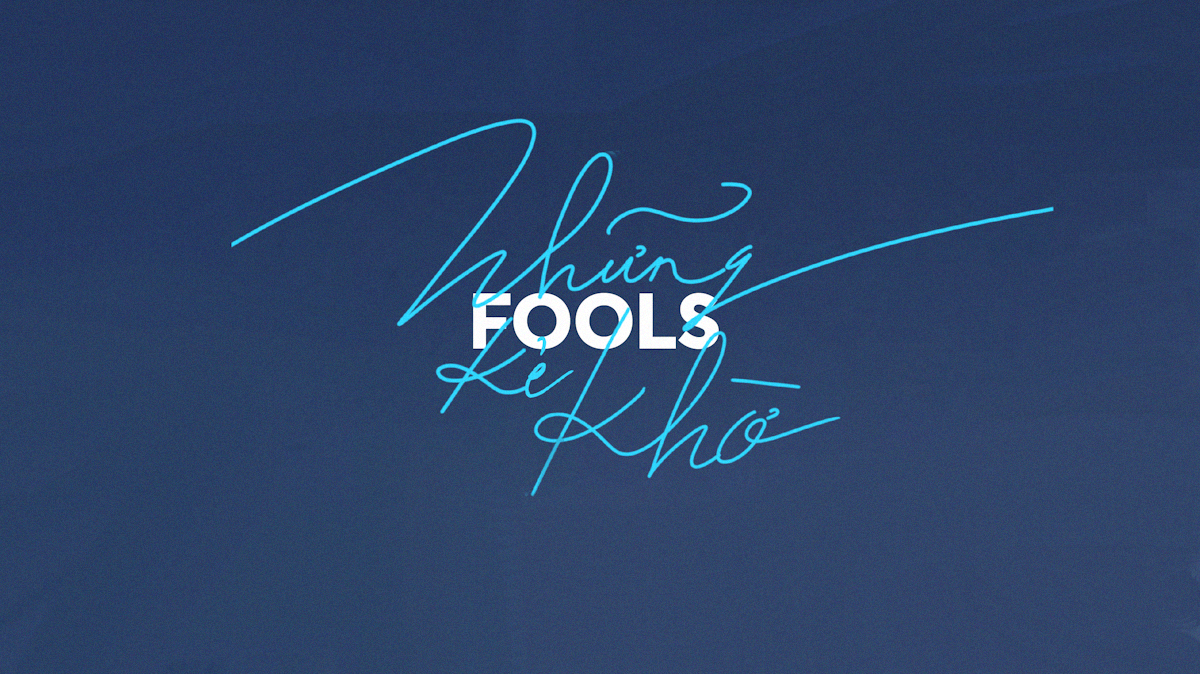 In 2020, AB Studio introduced their first Boys Love series, “Stage Of Love” – a small project that has received a large amount of love and support from Vietnamese and International audiences. The first episode exceeded 1 million views and around 500-thousand views for the successive episodes, with viewership numbers ever increasing. On the heels of the success of ‘Stage of Love the Series,’ AB Studio is proud to present a new series for 2021 called “Fools – Những Kẻ Khờ.”

“Fools – Những kẻ khờ” is a short film organized into four chapters (episodes), each chapter holding a different message. Each chapter takes the audience back to the final yet beautiful moments in life of ‘Youth.’ There is joy, sorrow, and what aches the most – the feeling of regret. Regrets because of a late confession, the selfish decisions, and most of all, regrets in the one-sided love that can’t be put into words. “Fools – Những kẻ khờ,” tells a story of young adults facing turning points in their lives and how they are going to face these big changes, and how their decisions have affected their future. The tagline for this short film project being, ‘All Good Things Come To An End.’

At their high school closing ceremony, Trieu follows his plan of picking up Thuy and Thien and attending the ceremony with Trieu wearing the school’s valedictorian’s graduation gown. The plan was to go from Trieu’s house then to Thuy’s. However, Thien suddenly changes the route to anywhere but the school following Thuy’s request. The trio heads straight to the beach. This spontaneous action reveals why Thuy does not want to attend the ceremony, why Thien becomes rebellious, and the silent love they secretly have for one another.

At the end of the trip, Thien “confesses” to Trieu about how he quietly prevented Trieu and Thuy from coming together when he learned that the two had feelings for each other. But Trieu cannot be together with Thuy now because Thuy already has a lover. Trieu was angry and brought Thuy back to the city. The next day, Thuy informed Trieu that Thien had been taken abroad to study by his parents earlier than planned. Trieu takes the bus to the sea again, and standing in front of the sea, he thinks about the decisions by all three.

The cast features talent like Trường Đặng, born in 2000, who has much acting experience from previous projects such as the web-drama Gen Z, and a starring role in the music video Mình Hẹn Hò Nhau Đi.  We have Nguyễn Việt Hùng, born in 1999, also a well-known face in Young Fashion (Top 20 Vietnam Next Top Model) and the Music Video/TVC field. Lastly, there’s Đỗ Anh Hào, born in 1999, and is a fresh, new face, with great potential, who will bring his acting skill to the table and who will not let the audience down.

Sponsored by Samsung Galaxy A12 and produced by AB Studio, “Fools – Những kẻ khờ” aspires to be a new and captivating project to kick-off 2021.

AB Studio is an entertainment organization, still new to the Vietnamese film/web drama industry. With a team full of youth, ideas, and passion, AB Studio will always deliver entertainment with a modern edge, including new trends and directions from neighbors like Korea and Thailand. AB Studio will be a vital new element to the Vietnamese’s web-drama platform and a strong label for producing web-drama in Vietnam. AB Studio brings to the web series and works where young people in the viewing audience can see themselves in it – similar but still imbued with cinematic elements, thereby conveying the right messages to the community through all of our projects.