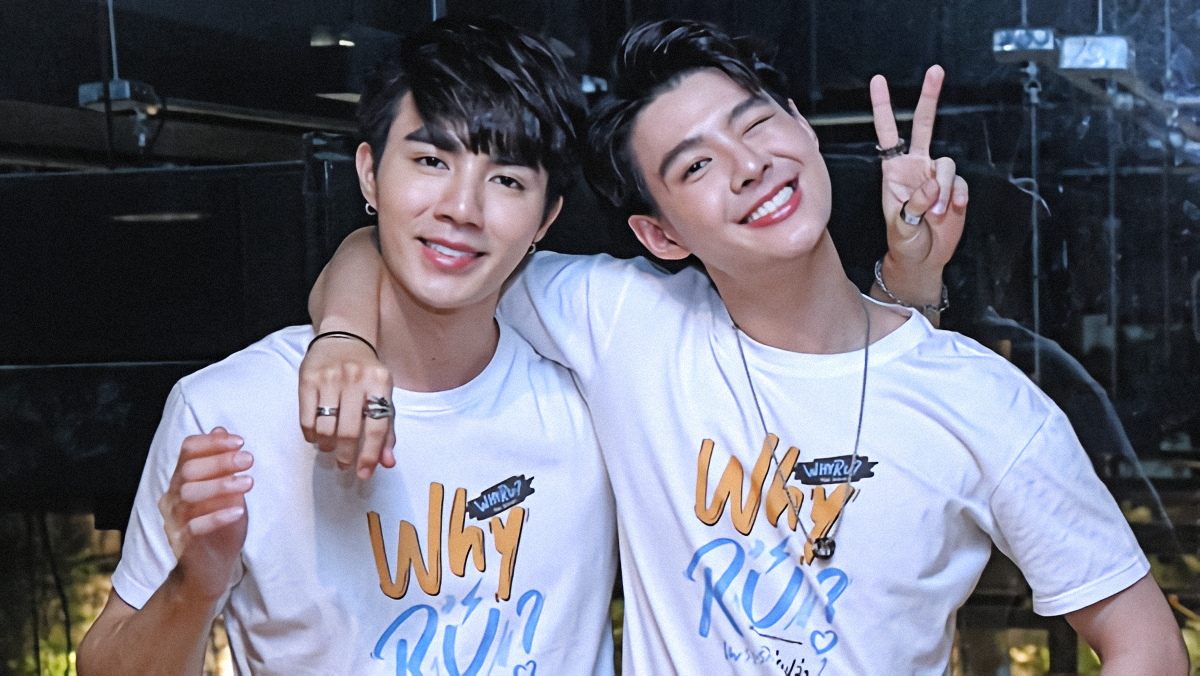 BL YAOI Tropes? Not with Fighter and Tutor!

Are you one of those fans thinking Why RU has a magnificent story, the best BL couple ever portrayed, chemistry out the ying-yang, and a realistic coming-out story line? We’re talking specifically about the characters Fighter and Tutor here. Do you think the story did an excellent job of portraying young adults who are dealing with the societal pressure of discovering their sexuality? And what about its portrayal of consent, being asked for and given at every stage of Fighter and Tutor’s relationship? Here’s some background.

Boys Love, also known as BL, has been a growing phenomenon in Southeast Asia in the last few years. BL is a genre that portrays gay or “straight2gay” relationships in the form of a broadcast or streamed multi-episode series. BL is known by different names in different countries and is heavily inspired by YAOI, an incredibly popular genre portraying male/male relationships written by women in Japan. In this article, I am going to focus on the representation of BL in Thailand.

Being gay can be quite a sensitive topic in itself in real life. There are many stereotypes and prejudices associated freely with being gay in our society. Awareness and acceptance are the key factors that are not present when it comes to being gay, making it taboo in many cultures. So when you depict it on screen publicly, you have to be quite careful when showing it because many things can go wrong, and it can create an inaccurate impression on some minds.

Something similar concerning the inaccurate impression of being gay has taken place in the Thai industry. Gay relationships have been portrayed with heterosexual constructs, a notion being prevalent in almost all BL series. The term “Top” is given to the partner perceived to be more masculine between the two men. The term “Bottom” is given to the partner having more perceived “feminine” qualities. Equality between the partners is rarely seen in BL series. The “Top” must be the protector, and the “Bottom” must always be protected.

Secondly, sexual harassment, molestation, and rape are justified “tropes” by the notion of them being “romantic.” What is mostly seen is that the “Top,” in many cases, forces sexual activity on the “Bottom,” and the “Bottom” resists or, in many cases, is under the influence of alcohol, so has no memory of the entire incident. After the “Bottom” becomes aware of the circumstances of the initial sexual encounter, that’s when his feelings towards the “Top” start changing, and the character “falls in love” with the “Top.”

Thirdly, the concept of consent is virtually non-existent in most BL series. Even after coming into a relationship, it’s often seen that one partner, mostly the “Top,” is the only enthusiast of the pair for sex, whereas the “Bottom” looks like he has no interest in it at all. It looks forced, where the “Bottom” is very uncomfortable and has not given any consent for the activity.

There are many other points to focus on, but I am going to keep it short. Overall, BL series are not usually a very healthy representation of the LGBTQ+ community.

Now breaking these stereotypes and having the healthiest depiction of a gay relationship that I have seen in my six years of BL watching enter Tutor and Fighter from the series Why RU, which started airing in January 2020. The show started with many potential couples, but Tutor and Fighter quickly emerged as the leading couple because of their exceptional chemistry. Another factor was this was right around the time of COVID coming on strong, which ended up cutting filming short.

Fighter and Tutor gave us exactly the relationship which many of us could relate to and reset my expectations of an important standard for me.

The most important thing that Fighter and Tutor gave us was mutual consent which is rare in most BL series – it is greatly emphasized here. Consent was constantly asked and received between the pair. Fighter had been in love and wanted Tutor for two years; even then, in between heavily passionate moments, he would give Tutor space and ask for consent. There have been moments where he pushes Tutor away forcefully to ask for Tutor’s permission and make sure that Tutor felt comfortable, that he wasn’t forcing Tutor to do anything he didn’t want to do. This consent was a two-way street between the pair. In episode 13, we would witness Tutor asking Fighter for his consent and whether Fighter completely understood what Tutor wanted (something Fighter was very eager to do 😀 ). Tutor would proceed only after Fighter said yes. Given consent was always conspicuously on display here.

Secondly, there was no degrading tag of a “Bottom” or a “Top” between Fighter and Tutor. The dynamics in bed were sometimes led by Fighter and sometimes by Tutor. They are a versatile switch-couple. They literally screamed to excise all nonsensical hetero-normative aspects from their relationship – they both had equal roles. There were no “husband and wife” concepts between the two. They are both men who love each other and want to be together. The two showed that gay relationships are just as normal as straight relationships. In this case, again that fact is just portrayed amazingly.

Fighter and Tutor gave us the real deal. They are both attracted to each other. They both want each other equally, and it is shown to be normal, just normal. From the very first, they just couldn’t keep their hands off each other or, should I say, their mouths off each other. Again amazing. So real, so relatable.

And my god, the sexual tension between the two of them. You could feel that tension through the screen. So intense, so gripping. (well, ZAINTSEE fans know, it’s a common occurrence even IRL off-screen), but again, phenomenal.

The struggles of the LGBTQ community are represented and were talked about very openly and realistically. Tutor talked about his fears about how people or society would view his and Fighter’s relationship, but he was able to overcome it. Fighter himself being so closeted, but once he found Tutor, he wasn’t afraid to show himself anymore as what he is. Tutor’s sister, P’Tongta telling Tutor to follow his heart because love does not see age, gender, or status, love is love. Fighter’s father telling him to end things with Tutor because, according to him, love between gay men is not steady and Fighter replying “How do you know that heterosexual love is steady ’cause my mother left you for another man?” I almost gave him a standing ovation for this.

A very healthy, realistic depiction of the LGBTQ+ community. A lot of the credit goes to ZaintSee’s chemistry and their relationship with each other in real life. Plus, the Why RU cast and crew gave an open platform to both Saint and Zee, and that is how we ended up with many of the scenes being adlibbed with no script, which brought out the best from the actors, from the story, and the series. It is undoubtedly one of the best series I have watched, and the character couple of Fighter & Tutor will remain the standard of any couple anywhere; heterosexual or gay does not matter. The Fighter/Tutor way is the way to go.