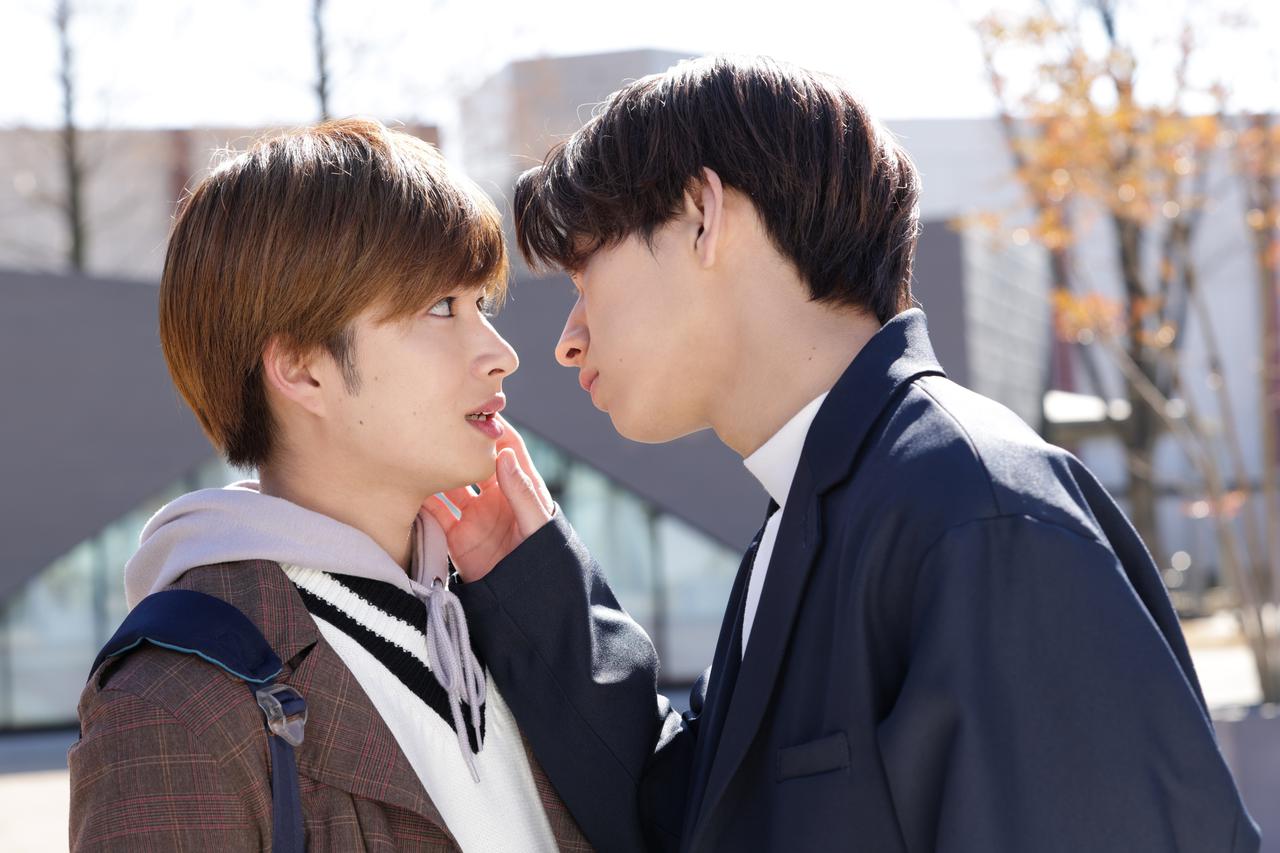 Light and bubbly, just about what you need when things are bad in real life. This cute and entertaining Japanese BL gives all the right vibes to enjoy alone, with friends, or even with a date!

This series impressions (or full review) center on the acting and character development. Lead actor Sota Ryosuke went for some ‘over-the-top’ acting which is not my cup of tea, yet he did it with such gusto that there is no way I’m going to criticize him for such a performance. In fact, he did the right thing! He dives into this funny, naïve character like fish to water and the result is pure riot! Let’s watch the trailer below, shall we?

Fukuhara Kota (Sota Ryosuke) is a bumbling college student who is plagued by terrible luck. Although he never gets down about it, you can bet if something could possibly go wrong when he’s around, it almost certainly will! One day, he is about to walk in front of a car and end up in a traffic accident when he is saved by a fellow college student named Naoya Shinomiya (Yusuke Sato). The latter is Kota’s polar opposite: His “problem” is that he is “cursed” with endless good fortune. Kota is grateful for Naoya’s assistance, and tries to ask his new acquaintance to be his friend – but phrases his request badly and accidentally leads Naoya to believe he is asking for them to become lovers. The “lucky” Naoya surprisingly agrees and the duo embarks on an unorthodox relationship. Will Kota’s chaos bring a taste for the unknown into Naoya’s life? And will romance bring spell the end for Kota’s bad luck?

Lead star Ryosuke Sota – 24 yo – who plays Fukuhara Kota is also a model and his role as the unlucky guy who pretends to fall for his super-lucky classmate is only his second major role to date. This is his first BL performance. As commonly observed, a lot of Japanese series and films have a weird sense of humor and employ over-the-top acting. In this case, Sota does it very well. His performance leveled up the quality of the series. It could have been just another BL show to watch and forget, but viewers like me, had fun watching him. I have no doubt others feel the same way. His ‘rewatchable’ quality is high. Aside from his comedic take on Kota, he can play intense and emotional scenes as well.

Co-star Sato Yusuke – 26 yo – is also a singer and his eye-candy level is pretty much high on my book.

If you’re looking for light entertainment that will keep you happy all throughout, then this is the right series for you. If you’re new to Japanese BL, then this series maybe a good start – familiarity and acceptance (ultimately) of over-the-top acting is important if you want to enjoy Japanese series (overall). It’s where the ‘kawaii’ (literally means cute!) is most famous for.