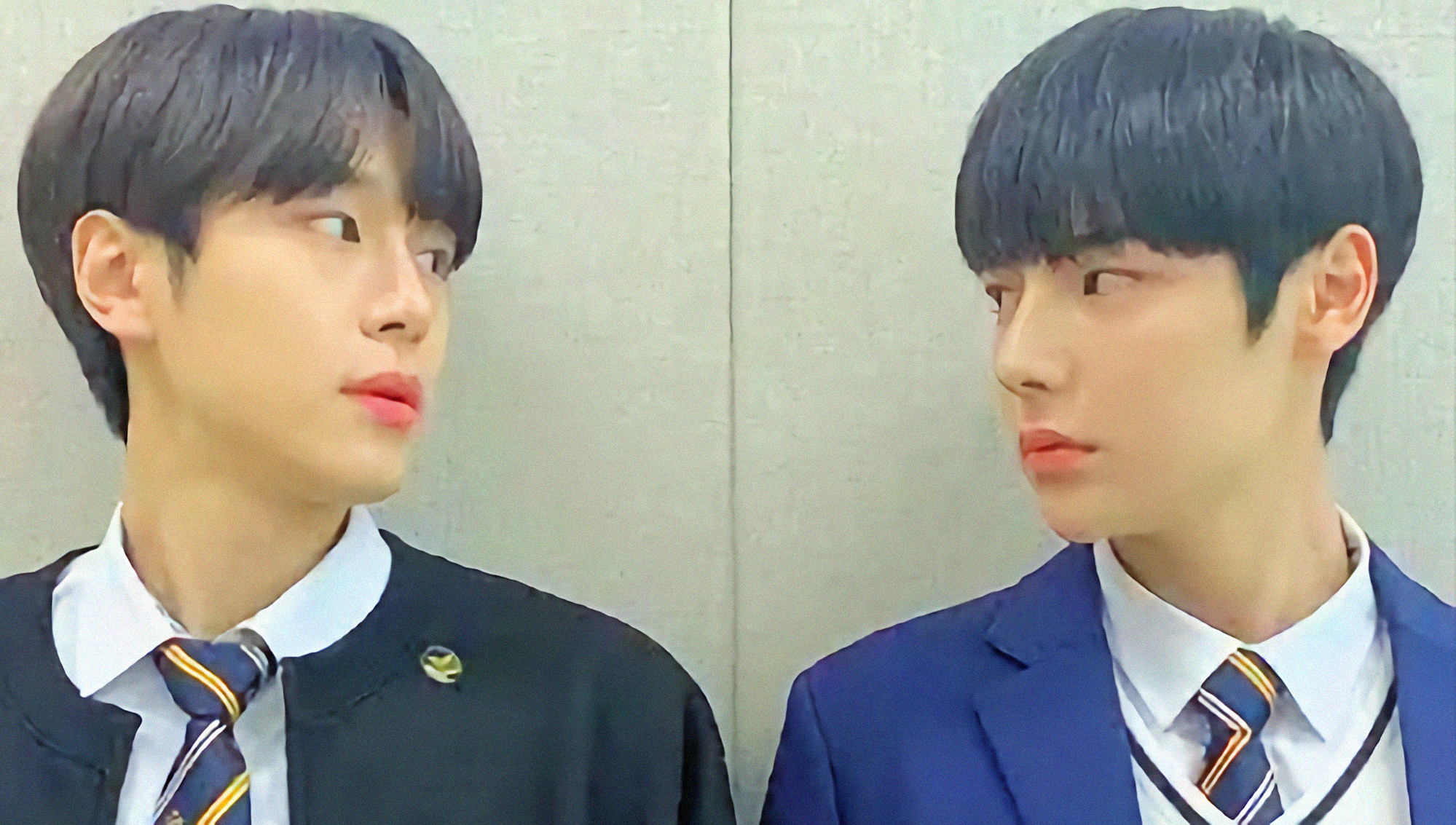 When you watch the silky, milky smooth, handsome faces of young Koreans in a BL setting, there’s no way you won’t get hooked. Trust me when I say the 2021 South Korean BL series Light on Me has such a gorgeous and talented cast!

Not exactly light drama nor is it heavy on the side, Light on Me – 새빛남고 학생회, features angsty performances from the three leads – a love triangle of sorts – with a twist. It also features a fair amount of intrigue (arising from a rumor related to one of the boys), which heightens the drama, giving rise to conflict and confrontation. There is also the presence of signature Korean humor – that particular brand of acting that can only be seen in K-drama (as opposed to over-the-top acting in Japan). LWG’s content manager, Jen, wrote a review of this drama last year when the series was released.

A loner named Woo Tae-Kyung (Lee Sae On) enters high school only to find difficulty making friends. He is later asked to join the school’s student council to try to socialize and mingle. He meets two interesting people who keep him alert and conscious – the cold and distant Shin Woo (the council’s VP, Kang Yoo Seok), and the ever affable Dan On (the council’s President, Choe Chan Yi). While Dan On actively pursues Tae-Kyung for friendship and a certain level of intimacy, Shin Woo hovers around – wrecking havoc to his plans. While not exactly ‘mortal enemies’, the Tae-Kyung-Shin Woo dynamic brings forth certain romantic vibes that people around felt. Plus, there’s a female friend of Dan On, who might have certain agenda of her own to disrupt the bliss among the young boys.

Storyline interpretation by the Author

In my opinion, Kang Yoo Seok’s performance eclipses both his co-leads. While Lee Sae On and Choe Chan Yi were both competent in their character delineation, Yoo Seok brings so much to the table – looking so youthful, fashionable and intense! From a cold and distant person, he progresses into someone who takes care of another – sacrificing his time and showing his concern. The way he took care of Tae-Kyung is both endearing and special.

Lee Sae On’s dramatic moments can’t be ignored either. Sae On’s transformation from being the loner-outcast to becoming the most sought-after boy in the school is notable. There were certain #deadfisheyes moments, but Sae On manages to look intimidated, charming, boastful, and proud in his many scenes.

Sae On’s and Yoo Seon’s on-screen chemistry is one of the highlights of the series. After my initial episodic viewing, I always come back to their scenes together. I find them to be my romantic ideals – I watched their close-up shots and how they interact together. Their scenes are varied; I always come up with certain scenes I thought were not important, but after a second viewing, I find them quite intense, adding more meaning to their relationship.

Aside from the love triangle between the three young male leads, there is also a quadrangle of sorts – with Chan Yi’s close female friend played by Yang Seo Hyun. I think many viewers appreciate that her character was not turned toxic – where the unfortunate assumption is to simply make her a monster – similar to female villains in some Thai BL shows. Go Woon Jin, who plays the wacky and fun character Shiwoon gives the series a breather during intense scenes. His lines can be quite frank and sharp – giving a realistic dimension to how some people behave in the series.

Episode 16 ends Season One with the video below worth watching!

Adapted from a mobile game ‘Saebit Boys High School Council’, dir. Lee Yoo Yeon successfully creates diverse moods and appropriately handles her actors with ease – for a new director at that! Viewers can appreciate the attention to detail – the council’s room where the cast shoots most of the scenes and those mall scenes (reminiscent of fashionable locales in Tokyo and Seoul). There is youthful energy everywhere. Music and sound add to the series’ mood and overall ‘look and feel.

Stylists showered Lee Sae On and Kang Yoo Seok with such awesome fashion sense, I was taking notes and admiring the layers of clothes to highlight South Korea’s cool environs. Lee Sae On’s denim jacket is one to die for! And Kang Yoo Seok looks so debonair wearing those jackets!

Definitely worth being part of any passionate BL fan’s playlist, Light on Me was released during a time when South Korean BL productions were just starting to grab the spotlight. Released in the middle of 2021, it was a spotlight Korean BL series with amazing production values and an even more amazing cast.