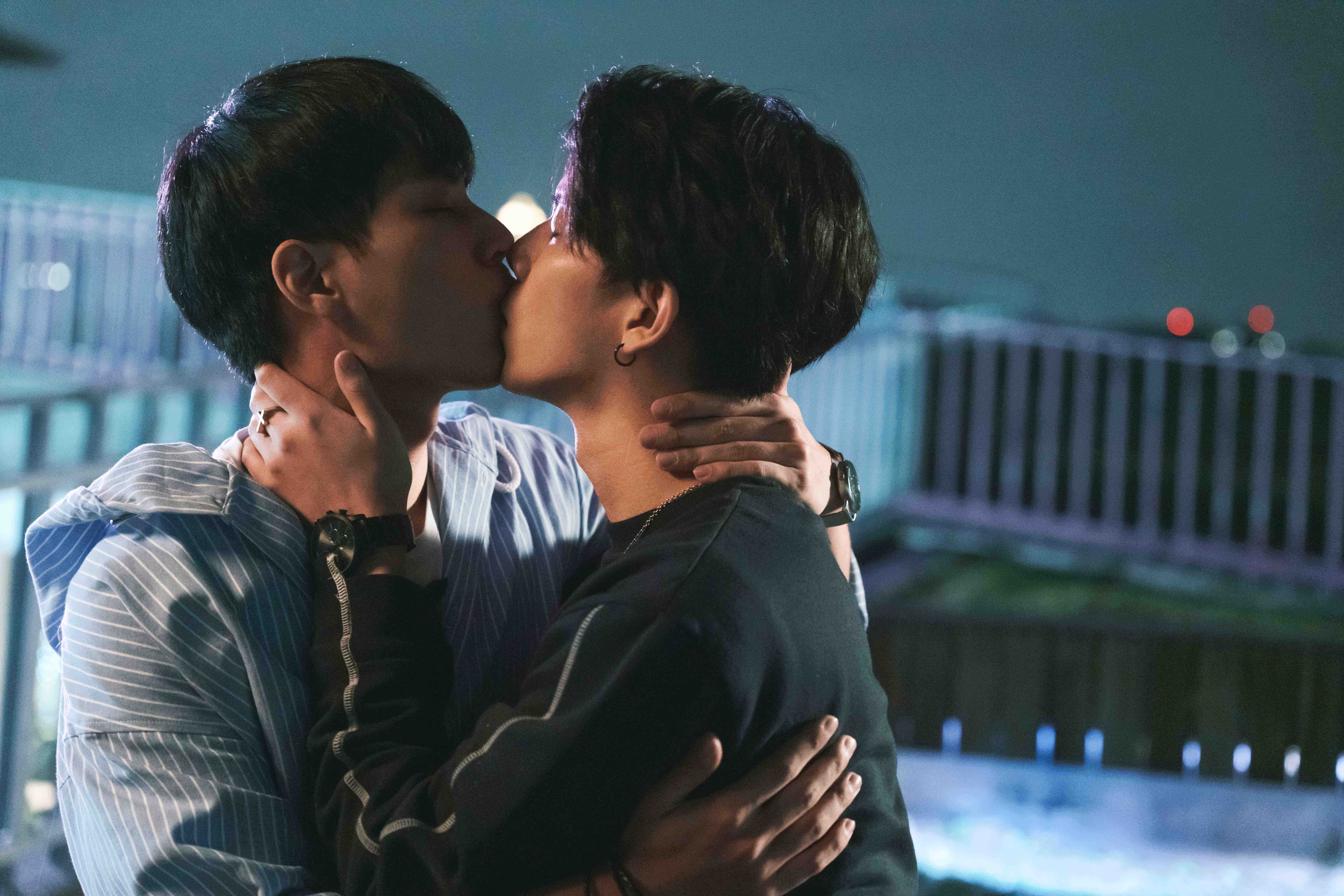 Even with a convoluted, flimsy storyline and plot, We Best Love: No 1 For You and Fighting Mr. 2nd could have been among the best of the 2021 BL season. If not for the startlingly impressive on-screen chemistry between YU (Maruyama Yusuke) and Sam Lin, this drama’s financial and emotional investment could have come to naught.

The rivalry-revenge-romance (or conveniently termed R3) is a frequently-utilized genre in both BL and straight shows. In We Best Love, we have two attractive young boys who think of each other as ‘rivals,’ However, later on, it is revealed that there is unrequited love that exists in each and that it’s either romance or revenge will take over their personal agenda. After all, love is full of insecurities, doubt, and jealousy.

This full review centers on acting and character development, with mention of production values, direction, and technical excellence.

The feeling of being pressed down has never felt so real for Zhou Shuyi (YU). As he stares at the class report, he can’t help but wonder why he’s been in second place ever since Gao Shide (Sam Lin) came into his life in the fifth grade. For this reason, he’s excited to leave for college, hoping to never see Gao Shide again. Enjoying his new life in college, he joins the swimming team and is revered by his classmates, that is until Gao Shide enters his life again and swims into first place in his last swimming competition before graduation. Zhou Shuyi doesn’t understand why Gao Shide is following him wherever he went, but little does he know that Gao Shide has always had eyes for him.

We Best Love: No 1 For You @Wikipedia

Season 2 took place a few years later. Our boys are now businessmen trying to climb the steep corporate ladder, but hey, they already manage companies on their own!

Set five years after the events of the first season, Gao Shide is now the CEO of his family’s start-up company, which is facing the threat of being bought out. The buyer’s representative is no other than Zhou Shuyi, who hates him for their unresolved separation. Zhou Shuyi may always be second during school, but when his career is on the line, he has no reason to lag behind.

A typical school setting will have no problem with logic – since it’s only natural for the top boys (in BL) to fall in love, yet Zhao Shuyi’s falling for that ‘girl’ appears forced and unbelievable. Going for some cybercrime/hacking in Season 2 will not pass if you’re into high-tech and computing, though.

My Best Love’s saving grace is the chemistry and interaction between YU and Sam Lin. After watching both seasons, I came away thinking these two were made to play these two characters. YU’s ability to embody a highly-strung, emotionally vulnerable individual is spot-on. Sam Lin’s above-reproach persona with a cool exterior is perfect as well.

There is molten-hot, lava-flow sexual tension with romance between these two when they are together, Something the other paired cast members fail to achieve (or who are trying desperately hard to convince themselves they already have). The best parts of this 2-season drama are the love scenes featuring YU and Lin. And there are plenty of them which made my heart sing.

I wish they allowed YU to play the piano and sing more often.

Taiwanese director Ray Jiang fails to control his actors – the supporting cast, especially Shuyi’s Dad (Yoza Eriku), is everywhere. His exaggerated gestures and even the method with which he delivers his dialogue appear alien and overwrought in the scenes featuring his character.

Author Lin Pei Yu’s POV of the male persona is typical of how some women look at men in a Yaoi setting. The ‘pinning’ scenes between the leads are to be expected given this mindset. That boy who chains himself and refuses to get ‘liberated’ is laughable. He’s the same kid who was about to bite the doctor who saved him from his pursuers. Sad.

I endured this 6-hour marathon a few days earlier than the date of this article. I slept the whole day and decided to write this review right after. I thought I had ‘cooled’ down, but I guess I’m still ‘angry’ by the way the actors played their characters courtesy of dir. Jiang, with whom I’m not going to be a fan today. I’ll watch it again just to see YU and Sam Lin together. Other than that, I’ll fast-forward scenes to relieve the boredom.

Overall Rating: 3 out of 5 stars. [See our Review Guide]