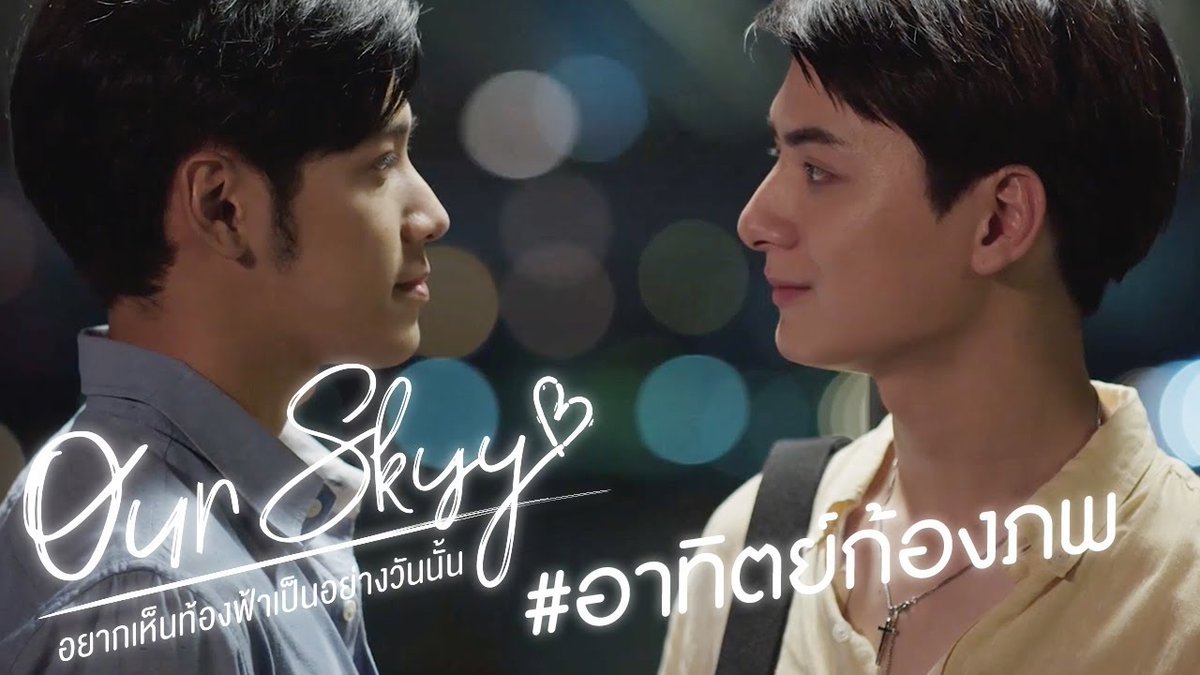 The initial animosity between a third-year head hazer Arthit (Krist Perawat Sangpotirat) and his junior Kongpop (Singto Prachaya Ruangroj) has turned into something so romantic and so passionate that many Thai BL couples are trying so desperately to emulate. Such is the effect that the couple from the BL SOTUShas had on their audience that has reached far and wide.

After the two SOTUS Series, BL fans still can’t seem to get enough of the Arthit-Kongpop BL romance that even a Thai cosmetics company has joined the fray and cast them for a short drama film, My Baby Bright. Being the most popular BL couple this year, Singto and Krist were also handpicked to join another 4 couples for Our Skyy. In Episode 5, Krist and Singto reprise their roles to tackle a long-distance relationship.

As they tackle a long-distance relationship. Will their love for one another survive despite the physical distance? Will they go on their separate ways and end their relationship? Or will their hearts yearn for even more for each other?

Arthit, despite his apparent attempt to camouflage his deep feelings for Kongpop, has been the couple’s hesitant player (a denier, if you will), and that makes his character more interesting:

The challenging thing is to make the audience believe. Believe that I have feelings for men and I love this guy. The role, Arthit, is also a challenging role for me, as well. He never speaks his mind. He shies away and always does things obscurely. So, it’s quite difficult.

And he does so well. I had plenty of reservations when I watched the first SOTUS series. I regarded Krist to be too intense for his character’s sake, but he proved me wrong. He convincingly portrayed a young man torn between tradition, the dictates of society, and what his heart longs for. You can feel the emotional turmoil inside, the desperate attempt to flee.

The same struggles – this time as they temporarily parted ways – is evident. It’s not an easy episode to watch, but it offers something substantial way compared to the other four episodes. Having gone through 28+ episodes in SOTUS, you can’t expect anything less.

At this point, my focus is on Arthit, but Kongpop hovers within striking distance. He was never out of the picture from the initial scene.

For me, Singto is the better actor, and this is quite evident on how to delivers his lines, how he interacts with the cast (especially with Krist), and the quality of his emotional punches as it reaches their destination – the audience’s unassuming hearts!

Episode 5 of Our Skyy is a stand-alone episode. It complements the first 2 SOTUS series in that it explores both guys’ emotions given different circumstances. Long distances have tested the resolve of many a couple. Will Kongpop and Arthit succumb to the negative in the physical separation?