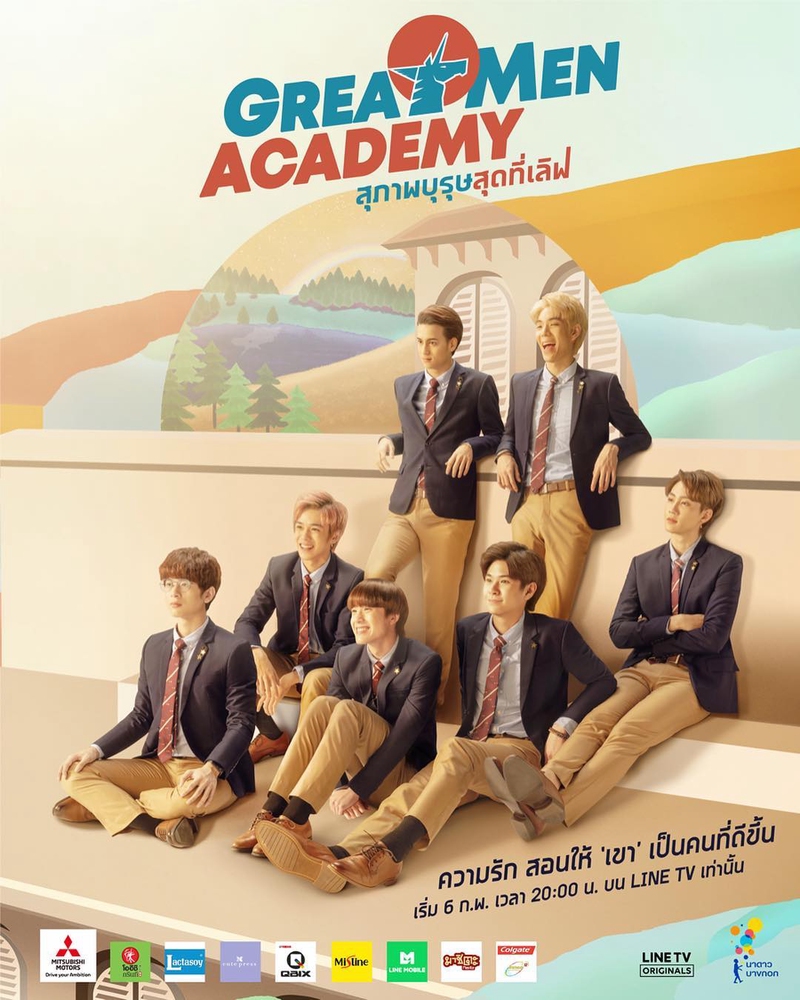 While it may not be a full, true-blooded BL series, Great Men Academy showcases seven (yes, read that: 7) young Thai actors out to capture the hearts of BL and non-BL fans from Thailand and Internationally!

It will start airing on 6th February 2019; Great Men Academy tells the tale of these young boys who are enrolled in a school out in the woods, far away from the hustle and bustle of the city.

The premise is not exactly original as one of the ‘boys’ turns out to be a ‘girl’ when the moon shines brightly and is in full bloom.

Excuse the corniness of my description, but apparently, all he has to do is swim naked, and he’ll become a girl. However, the scenes selected and featured in the trailer above offer some BL teases that will make you look forward to this series (there are 8 episodes) with or without English subs.

The eye-candy – apparently – is enough. Here are two shorter teasers, but equally interesting!

We’ll get more details as the drama gets underway!

Editor’s Note: Not sure this was ever a hit with BL Fans.