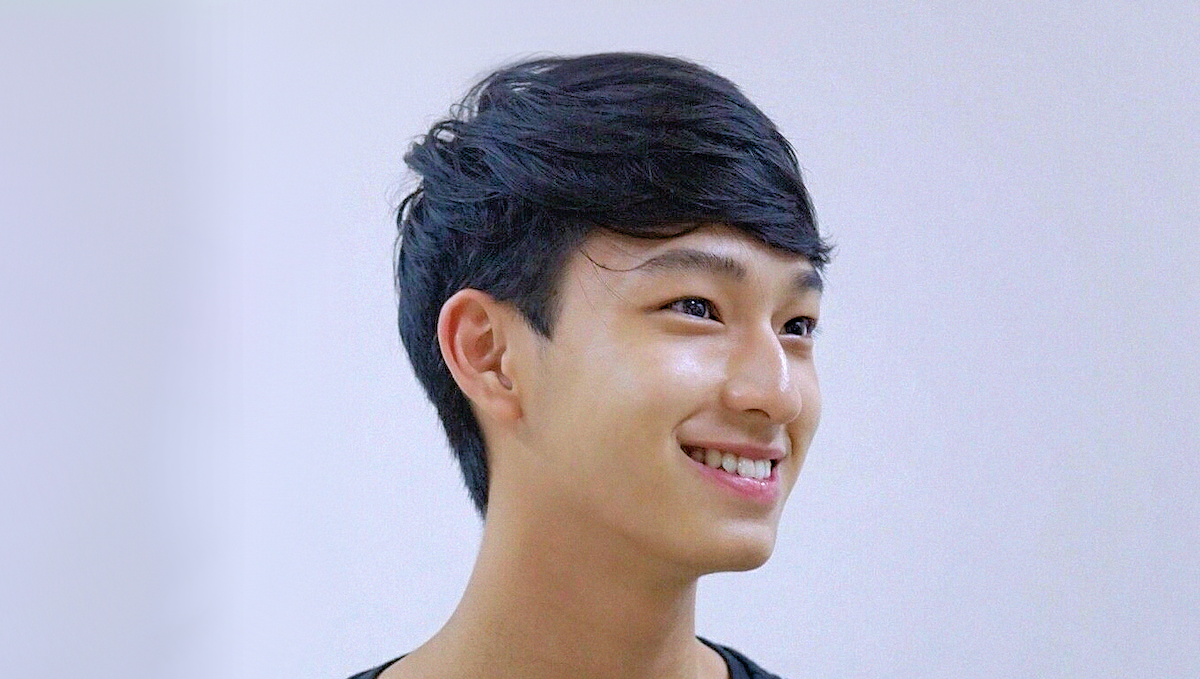 At 22 (as of 2022), Thai actor Chimon Wachirawit has already amassed an impressive acting resume. He’s a rising star in the Thai BL firmament that started with the lead role in the movie Sweet Boy (2016), followed by a major role in My Dear Loser Series: Edge of 17 (2017). Both projects solidified his position in portraying gay characters.

While he’s pleasing fans with his onscreen teaming up with Purim Pluem Rattanaruangwattana (watch them in Our Skyy), he is also expanding his roles by playing a math wizard with special powers in The Gifted (2018). He’s also part of Blacklist (2019), and He’s Coming To Me (2019).

With about 15 movies and series to his credit, Chimon’s acting style is evolving, and his growing fanbase appreciates all his efforts.

[1] The sexy BL film Sweet Boy gives Chimon a solid start in his acting career, playing Nack, a young boy who is discovering his same-sex feelings. Is there anyone who looks so innocent and sexy at the same time and has an on-screen presence that is solid and captivating?

Nack is a 17-year-old boy whose life focuses only on studying. Stepping into the last year of high school, he begins to feel lonely and pressured. As graduation and entrance examination grow closer and closer, he begins to learn about sex and love for the first time in his life. He has to face questions about the morality of his homosexual love. What will he do?

While the acting is raw and tentative (which is to be expected on projects like these), Chimon is a standout among the cast. He’s such a delightful, charming actor that people find so refreshing.

He’s not too ‘white.’ His dark complexion makes him look truly Thai!

[2] The video clip below consolidates the Inn-Sun arc in My Dear Loser: Edge of 17.

In a tale of unrequited love, Sun (Chimon) has confessed his love for Inn. But Inn appears to have rejected Sun’s advances, even though they are pretty close. Is Inn just confused, or does he love someone else?

There are some outstanding acting performances by Chimon as he’s rejected by Pluem’s character Inn when he attempts to initiate some intimacy. If the clip is not enough, here are some choice scenes featuring the two actors.

[3] This time Chimon tries a drama-thriller in The Gifted.

Ritdha Wittayakom High School is a place of learning with a “Gifted Program.” A program that offers special classes to a handful of “special” students that the school administrator chose. Incredibly, Pang, a 10th-grade student from the lowest academically ranked class, passes the Gifted Program placement test, surprising everyone. However, his entrance to the Gifted Program is filled with much confusion as he and his new friends begin to feel that there is something strange about their special class. Eventually, they figure out that the Gifted Program was designed to awaken “special gifts” within them that involve powers beyond the abilities of normal human beings. However, as these “gifts” are discovered and used, their lives change as these special powers also come with trouble. Not long afterward, their special gifts reveal a secret the school official was trying to keep hidden.

Though Chimon’s acting is still a work in progress, I find him to be one of Thailand’s most exciting and promising young stars.