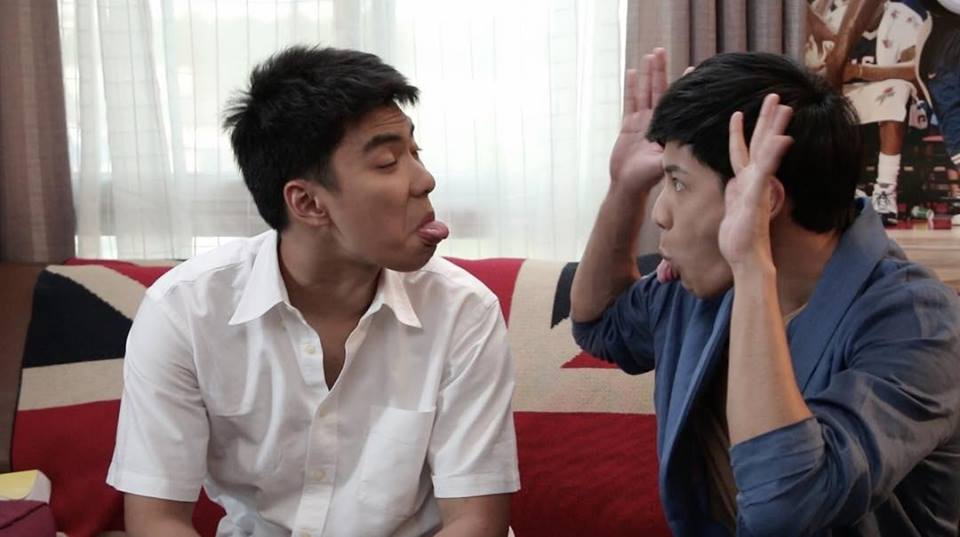 While the past 3 episodes show the bonding between Thun (Ohm Pawat) and Met (Singto Prachaya), Episode 4 is highly-charged and emotional in so far as Met’s continued presence. Is there a chance Met may disappear into the hereafter and never to come back?

This is becoming more pronounced as the series progresses.

Ohm equalizes in the acting department even as Singto levels his acting even more. Both actors demonstrated a certain maturity in the way they ‘attack’ their characters, giving viewers refined performances.

In Episode 4, both Met and Thun demonstrate how much they meant for each other:

I find the director’s control of the series to be deliberate and the piece-meal revelation to be successful. Not too fast, not too slow either.

The clip above shows behind-the-scene footages of He’s Coming to Me, showing how Ohm can be such a wacky, naughty character in real life. Such endearing scenes between the cast somehow breaks the ice that the drama may come to a tragic end.

If that ever happens, the series is already at the top of my list as one of the best 2019 has to offer.E

Episode 5 teaser clip is below.

Warning: The quest for Met’s identity is reaching fever pitch but the scene between Thun and his girl friend is as intense.

The intimate scene serves as a spoiler for whatever relationship Met ‘expects’ from his human friend. Is the ghost about to have his heart broken?

That remains to be seen as I wait for Episode 5 with bated breath.