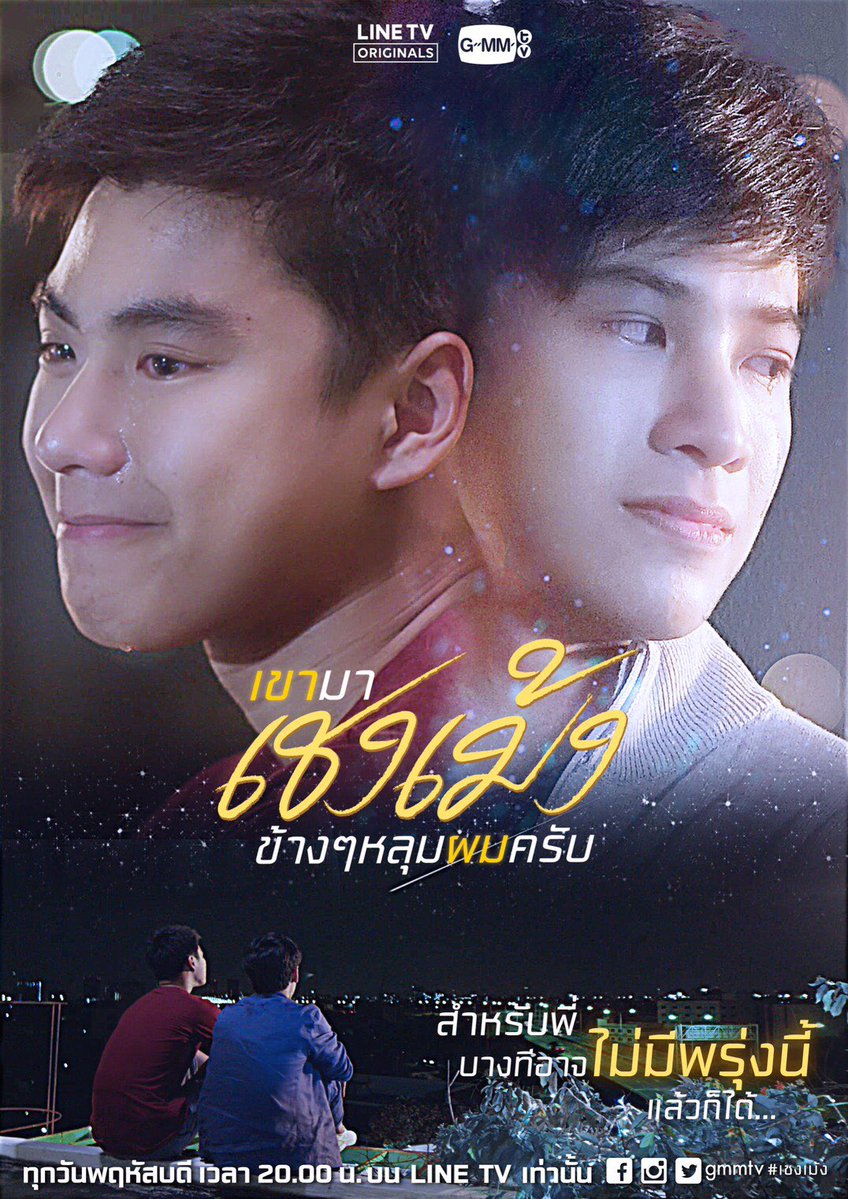 Thoughts on He’s Coming to Me: Why You Need to Watch It!

When the casting news for He’s Coming to Me was announced, I am already excited! Ohm Pawat (second lead in Make It Right) and Singto Prachaya (acclaimed actor in SOTUS) are both amazing, to begin with. I also am personally biased toward them.

I find their performances to be raw yet inspired and has substance. They are not chosen in these rigid auditions for nothing. I also think their agents know how to plan their careers.

The storyline of ghost falling for a human being is nothing new, yet I’m thrilled that LINE is giving it another spin. Thai filmmakers are respected for their ghost stories and are world famous for their BL themed dramas. It’s a potent combination that is a surefire hit!

Episode 1: The episode begins with Met (Singto) listening to pop music, reminiscing of a special family gathering when – all of a sudden – he suffered a heart attack.

We’re now into Episode 5 of He’s Coming to Me. I guess people who have been hooked by the series are waiting for either a sad or tragic ending or a happy one.

I really don’t care. I find the series to be one of the best. While some may complain about the lack of sex scenes, I think that the series – from the start – has been quite honest about its treatment of sex and/or intimacy for that matter. There is no need to tease or titillate people with the actors’ torsos. It will not work at all – given the theme of the series and the ‘developing’ relationship between Met and Thun.

The eye-candy featuring Ohm in Episode 2 is just as good if there was none. [And many will protest to that!]

I find this drama to be an exception to the rule that- in order to be praised, it must have sex.

It’s a serious drama, with some funny moments thrown to put people at ease. I think it’s perfect for such a genre. Equating a ghost story with a bromance flavor is not exactly an original idea, but it elevates such ‘hybrid mix’ into something exceptional and entertaining.

Two important scenes in Episode 4– (1) Met cooks Thun’s favorite steamed egg recipe, with a significant ‘hassle’. It seems he is slowly losing his grip on things (literally); (2) Thun’s bribe of his friend to search for a database of all patients who died of heart attack in a certain hospital shows how far he’ll go to help Met.

I like the onscreen chemistry of Ohm and Singto. It’s never about getting one on top of the other. It’s more about exploring their feelings – what it’s about, what it may become, what it’s not. So, if they decided to have a sex scene it may not appear ‘natural’ but of course, that’s only an opinion.

Aside from Episode 4, I find Episode 2 to be quite engaging. Episode 3 is not bad at all.

Here’s the thing: Most BL viewers will tell you, they may consider watching a show even without sex scenes, but it should cast their favorite actors. To become one, a Thai BL actor must pass rigorous auditions. After that, it depends on how competent his manager is.

But the actor must have talent, first and foremost. Looks is a given, obviously.

Marketing his talent is part of the game. Both Singto and Ohm know these, and they strategize to keep themselves on the limelight. For their role in He’s Coming to Me, both made significant acting mileage.

For the show itself, I’m inviting those who have yet to watch it, please do so!