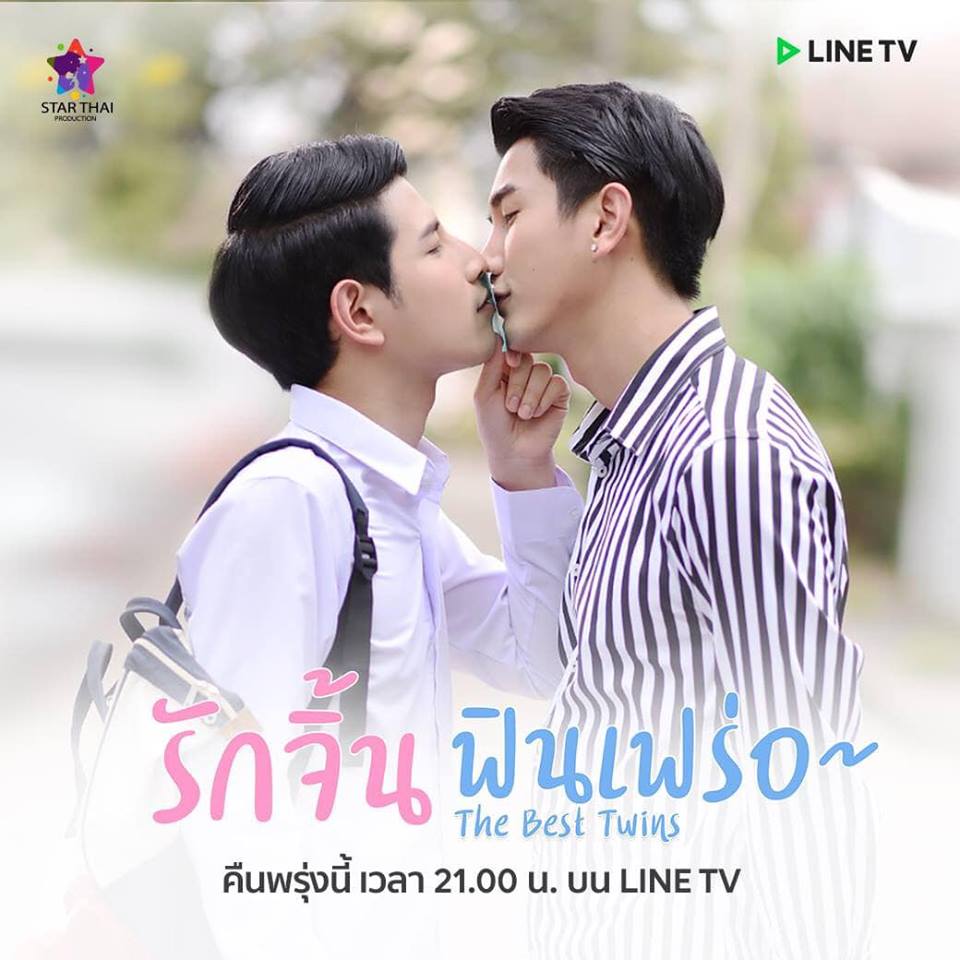 Episode 1 of The Best Twins is released already! Starring the original BL couple from Loves Coming – Mild and Pak – the series is about twin brothers with different sexual orientation.

Car (Pak Papungkorn) is gay and is into Tee (Mild Suttinut Uengtrakul). Per (also played by Pak), the other twin, is straight. Car teaches in a local school and Tee is one of his students. A new teacher enters the scene and he’s no other than Car’s ex, Ball (Witawat Singlampong).

One of the ‘original’ BL couples from Thailand – Mild and Pak. Their love team is back and take leads in The Best Twins. They exhibited the same amazing on-screen chemistry they showed in Loves Coming.

The encounter between Car and Ball serves as the drama’s conflict of interest, while Tee is in danger of becoming the third wheel in so far as couples are concerned.

The drama is either good or bad, I probably need to watch 2-3 more episodes to be clear on that. But I’m not impressed. The acting is below average, with plenty of overacting, especially from the supporting cast.

Witawat Singlampong needs some control – his expressions are way too much for a supposedly new teacher. Both Pak and Mild have worked together before, so they have rapport, and it shows in their scenes together. But they are not BL power couple, there is something lacking in both guy’s star power.

The only plus I can think of is the new couple. I am still looking for their names, but the photos speak for itself. They’re loveable!

The Best Twins is a decent attempt to come up with a series that deals with sexual discrimination and the intimate relationship between two guys. However, Episode 1 leaves little impressions on me.

There are plenty of scenes that don’t make sense and dilute whatever entertainment it has offered.

The Thor guy and the screaming female teacher (or whatever job she has) need to go.