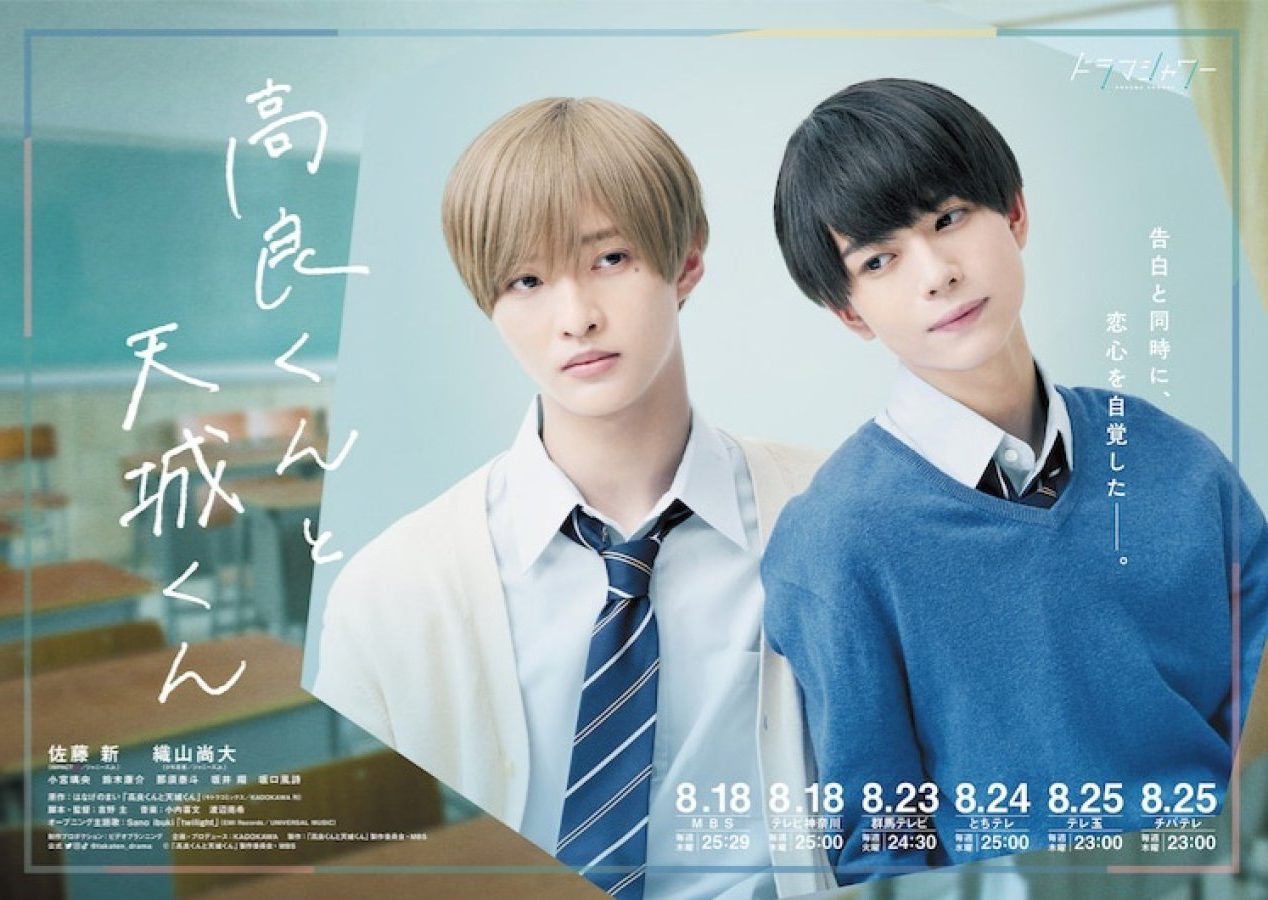 In one of the latest Japanese BL casting news, Japanese network giant MBS is launching Takara-kun to Amagi-kun – (高良くんと天城くん ) on 19 August 2022, just a week or so from the time of this writing. The lead actors are both from Johnny’s Entertainment, the influential talent management company since the 1980s.

Takara Shun (Sato Arata), a high school student who belongs to a popular group in the class, and Taichi Amagi (Oriyama Nao), an innocent and quite unassuming youngster and also not a conspicuous type, realize their deep feelings for each other. Even though they started dating in secret, it’s difficult to be straightforward and admit their ongoing relationship to everyone.

As mentioned, both Arata and Nao are managed by Johnny’s Entertainment. 21-year-old Sato Arata is part of IMPACTors, while 18-year-old Oriyama Nao is a member of Johnny’s Junior – Shounen Ninja.

Mind you, this BL series is Oriyama’s fourth major role to date. The supporting cast includes Komiya Rio (19 y.o.), who has been quite active in playing characters in Japanese mecha live-action productions.

The teaser trailer is below:

Aside from bringing their A-game to BL productions, it’s a fact that Boys Love did originate in Japan, hence the proprietary posture (without any pomposity, of course!). This latest BL series appears promising with such an amazing cast! The BL series will have 8 episodes running at around 30 minutes each.

We’ll have a first impression post come around the 19th of this month!