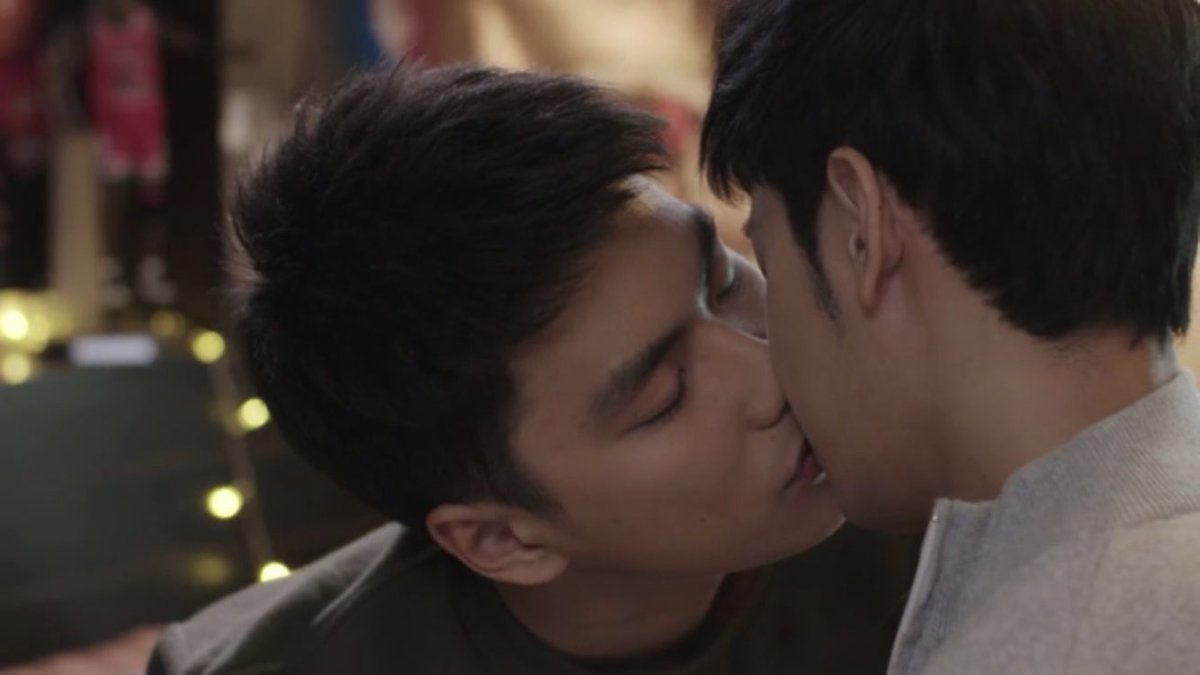 When it was first announced that He’s Coming to Me will only have 8 episodes, I was a bit skeptical that it will have a satisfying ending. That’s my experience with some Japanese drama series. However, the ghost-romantic-mystery drama starring Singto and Ohm prove me wrong. At more than one hour, Episode 8 was able to give the audience a much-needed closure. That is, in addition to some intense, confrontation scenes and also some romantic, comedic scenes as well.

Episode 8 – for a reviewer like me – is the total package.

Let me give you a rundown:

The acting here is also excellent. There is amazing chemistry between the actors. This is especially true during the second intimate scenes between Ohm and Singto. Kudos to the director and his crew for making such tender, romantic scenes!

I don’t care who you are or what you are. I still love you.

I would think those words would reverberate even after the series has finished airing.

After SOTUS and the talk about whether Singto will partner with Krist in another BL project, it seems justified to say that Singto remains a competent, believable actor. No matter who is the actor cast to play opposite him.

His portrayal of Met is as credible as his SOTUS counterpart. What we have here is a lonely, desperate ghost who cannot reincarnate, and thanks to a young boy who loves him from the first encounter, that he was able to get justice and leave the world in peace.

Singto offers an understated performance that is filled with nuances!

Ohm, on the other hand, provides an aggressive, intense performance that is hard to match. If you recall his previous role in Make It Right, he certainly leveled up his acting a notch or two. He has developed his own personal acting style. It’s still raw, yet he has matured a great deal in this series. I would not wonder if there are offers for him to play other BL roles.