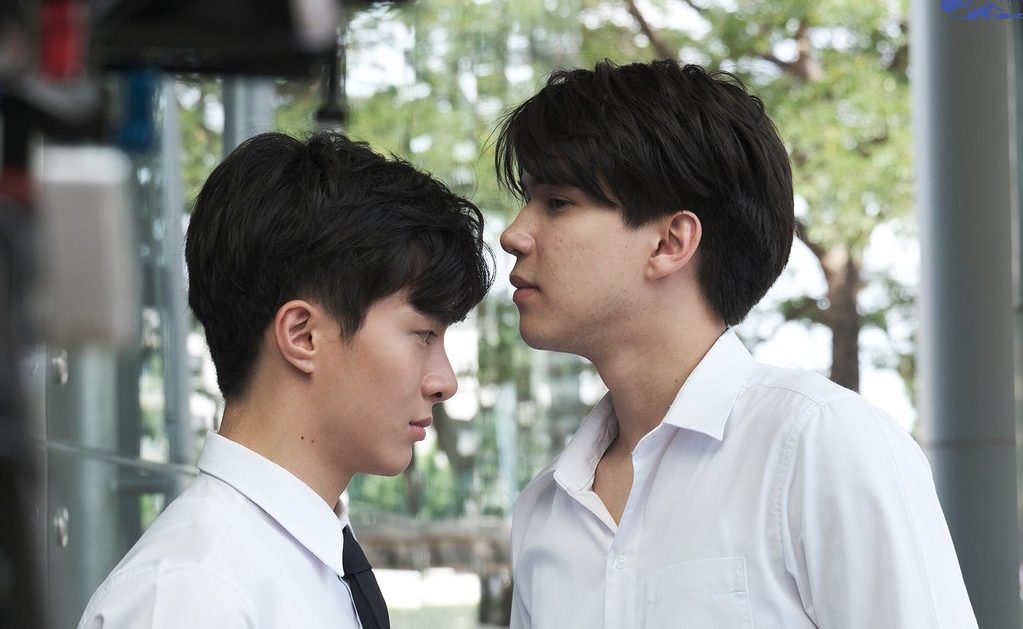 2 Moons 2 เดือนเกี้ยวเดือน 2: Anticipating Episode 5 and the start of the “real deal”!

The first 4 episodes of 2 Moons 2: The series has already exceeded my expectations. Someone said I was desperate to promote the new drama when there is not enough ‘clout’ to influence the fans yet.

I disagree with the apparently biased opinion by saying this: The drama by acclaimed filmmaker Anusorn – even without the new materials – is already far superior to the previous season.

Acting-wise and in all technical aspects – OST, sound, editing, cinematography, and how the story progresses are all in sync. It made for a romantic, enjoyable, and multi-dimensional show that is worth more than just an initial viewing.

2 Moons 2, the Series: In Episode 4, Wayo and Phana played by Earth and Benjamin gave us one scintillating love scene that is made with class by dir. Anusorn.

I find the biased opinions of fans of the previous season and their less-capable actors as disturbing. I don’t know where they get their ‘inspiration’ to continue clinging to something that is already moot and academically ‘dead’. Aside from blurry, confusing storyline and amateurish acting, Season 1 needs plenty of improvements.

Shown above is a superior scene that is not even comparable. What I find so much pleasure in viewing 2 Moons 2 romantic scenes is the quality of the performances. Obviously, it’s how dir. Anusorn pushes his actors to become less conscious of themselves and dive into their characters without fear.

Joong Cheng rises to the challenge! As Ming, he’s cool, sexy and sweet!

On Saturday, we’ll see the first fresh episode of 2 Moons 2. This is not a rehash or a remake or even a revisit. It will re-introduce us to the couples and how their stories will progress.

We’ll see if dir. Anusorn will – once again – exceeds our expectations! Is the new series a hard sell? Fuck! Hell no. Anyone with an open mind and is not biased towards the previous season will definitely enjoy it.

I’m willing to bet. It will be much better, more romantic and definitely, this is going to rival He’s Coming to Me as the BL drama of the year!