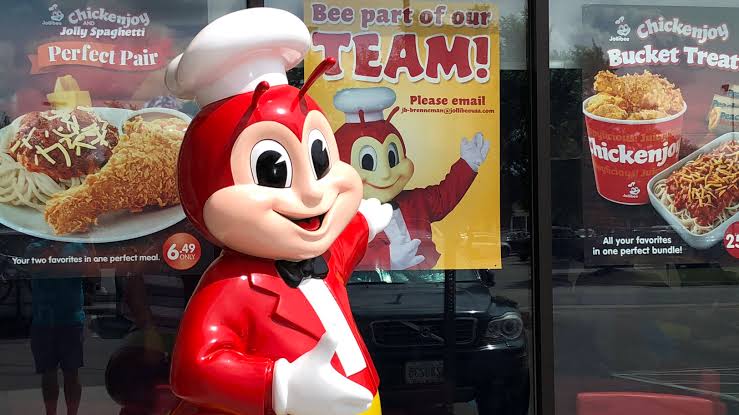 In the Philippines, all BL actors are welcome even if they don’t like Jollibee!

One of the current trends among BL fans is to invite their favorite Thai BL actors. In the Philippines, there is a huge fanbase dedicated to them. They are collectively known as shippers.

Some of the favorite drama series that star these couples are Lovesick, Two Moons, SOTUS, and Love By Chance.

Statistics show that Love By Chance boasts of a total playviews of 124 million in LINE TV alone. That figure exclude the views in YouTube, Dailymotion and other video playing sites that were uploaded illegally.

As a rough estimate, the total views could be over 200 million. That means an episode of LBC got an average of 15 million playviews. Some YouTube vloggers I know told me that a video clip must have – at least 250k views – to earn revenue.

For those who keep on asking why there are plenty of unauthorized video uploads on YouTube, here is your answer.

It is only recently that Thai production companies acknowledge the effect of interational fans on their BL drama series. Now, most of the shows have English subtitles.

Aside from the producers adapting to the needs of interfans (short for international BL audience), there are many organizers all over Asia who arrange for Thai BL actors to attend fan gatherings.

A fan gathering is an event where fans meet their favorite BL actors. There are photo opportunities. There are games, food and refreshment, memorabilias (key chains, coffee cups, etc.). It is supposed to make everyone happy.

Is this something new? Of course not. Even during the time of Love of Siam, Mario and Pchy attend fan meets in mainland China.

How does it take for an organizer to actually get these actors? Let me give you some basics;

Just about a month ago, the Singapore bureau of the Asahi Shimbun asked me to comment about fan gatherings in the Philippines. The Asahi Shimbun is the 2nd biggest daily newspaper in Japan with 7.96 million in circulation for its morning edition. You can inagine the interest of people when it comes to Thai BL shows.

Everything looks rosy so far right?

Speaking of the cast of Love By Chance, they are among the favorites of Pinoy shippers. Imagine how this writer reacted and some other BL fans when a certain news was circulated on Twitter.

Here is a screen capture of that said Tweet;

The Tweet indicates that a certain talent manager was telling a story of a fan meet and what happened after.

One of Love by Chance actors is Plan Rathavit. He celebrated his birthday in the Philippines. He plays Cantaloupe or Can in the said drama. He is the actor described as Plan in the Tweet above.

The Tweet further said that they were under the impression that the whole entourage will be treated to a restaurant and a bar (or pub) right after. Instead, they went to GellyBee. It was actually spelled as Jollibee.

A fastfood restaurant, Jollibee is the most successful in the Philippines beating McDonald’s from the beginning.

Here’s the rub. There must be misunderstanding somewhere.

Based on the above process;

Aside from that, the organizers must see to it that the Thais are treated well as part of the well-known Filipino hospitality.

However, all of these should have been discussed behind close doors as professionals do.

Impressions are different according to the person who look at this incident.

For me, I find it unusual that the talent manager has to go to Twitter to narrate what has transpired. It sends a message that even after the event has occured – without any untoward incident since no one was hurt or went to hospital for food poisoning -still it seems they are not satisfied and are in fact, disappointed.

Update: What can be considered as a big no-no is that when the entourage includes a minor. Under the laws of the Philippines, minors are not allowed to enter pubs or bars. Why? Because bars sell liquors and other intoxicating beverages.

For organizers, I think they should be more forthcoming and reveal details of their program so that foreign guests are not subjected to disappointments.

While shippers remain excited about future events, we should all be aware that such events are subject to contracts and that there must always be a meeting of minds.