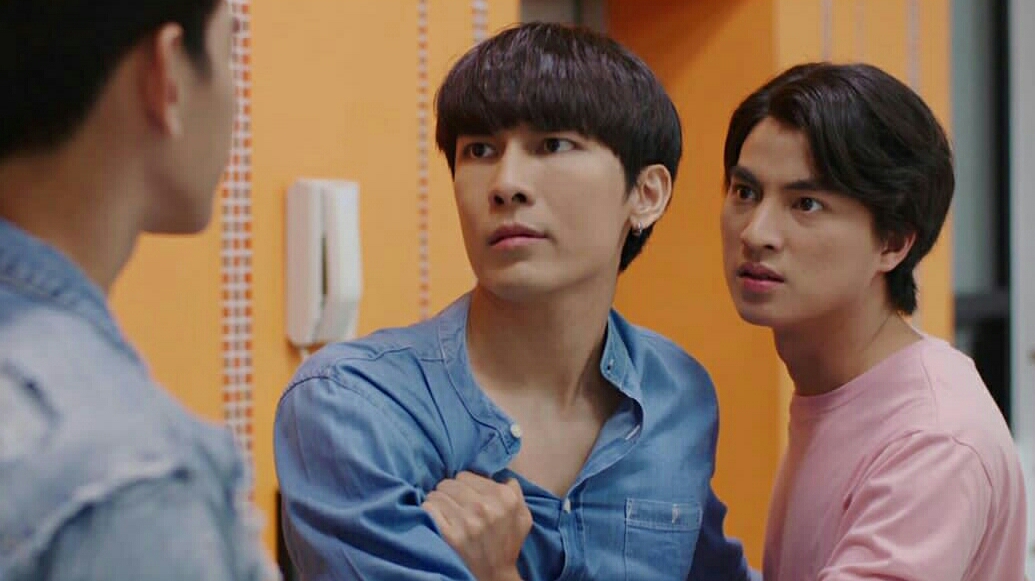 TharnType Episode 9 is the culmination of events that gave way to our couple’s realization that their relationship hangs in the balance.

Type’s treatment of Tharn is abusive to the point that if I was his friend, I’d tell him to leave Type and move on.

But then again, I’d expect Tharn to reject my notion and continue the struggle.

The violent, disturbing confrontation between the couple and their friends make for a series that has already set the bar for Thai BL.

Dir. Tee should be commended for maintaining such a high level of consistency for 9 episodes. And this installment is – by far – the best.

Scenes that made this episode so abundant in drama, speculation, and novelty are;

Here are some perspective of this:

Would you do this to the one you love?
The answer is not as easy as I thought. #TharnTypeTheSeries https://t.co/pTIZGJBJIa

Kaownah plays Lhong and sings his own tune to the beat of the series that is a game changer in the Thai BL scene.

Clip below shows a typical Type reaction to Tharn’s display of affection:

After 9 episodes, it is clear how toxic TharnType has been to us all, but this toxicity calls for celebration rather than condemnation.

I already accepted the fact that as a gay guy, I would have to adjust to the collective notion that all BL are created by female writers with a female perspective of how two men fall in love.

But MAME12938 is a game changer. As author of many BL stories, she – somehow – managed to depart from the usual formula and created a whole new universe of BL characters that are more realistic than what other authors have created so far.