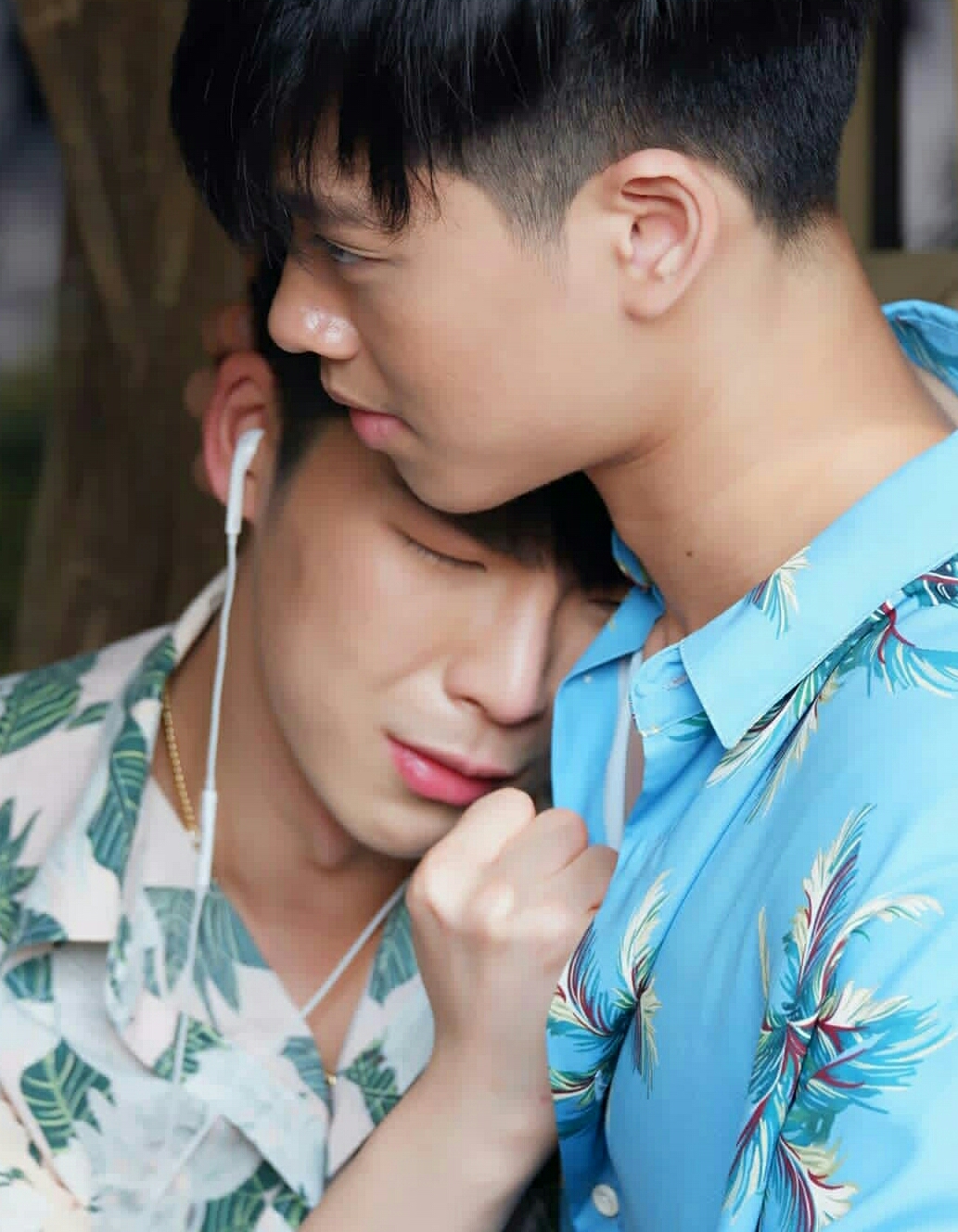 Update: This “supposedly” BL drama turns out to be an online novel instead of an actual TV series. It will be launched on 26th January at the BL Market in Sanam Pao station, Bangkok, Thailand.

There are, at least, 5 gorgeous new faces featured in this series. Based on the writings of The Emperor, Heart by Heart tells the tale of youths, their struggle to find love and their coming of age.

Here is one clip featuring the cast:

The look and feel of the video clip appears a bit fatalistic to me.

Turbo who plays Tapp has been unfortunate with his BL projects or is he the lucky one? He is supposed to be part of MotorCycle the Series and That’s My Umbrella, but both projects are in difficult state of affairs. We are waiting for news esp. on Umbrella.

According to the series’ official website, there are mixed teams with various love/romantic interests.

Known in the biz as Dinn Burhan, he plays the main character, Foon. This good looking aspiring actor is also a male pageant title holder.

Garnpaphon Laolerkiat or simply Gameplay is Nobi, a rich kid with a hot driver on his side. Gameplay studies HRM and boasts of being a chef.

We will update this series as news becomes available.