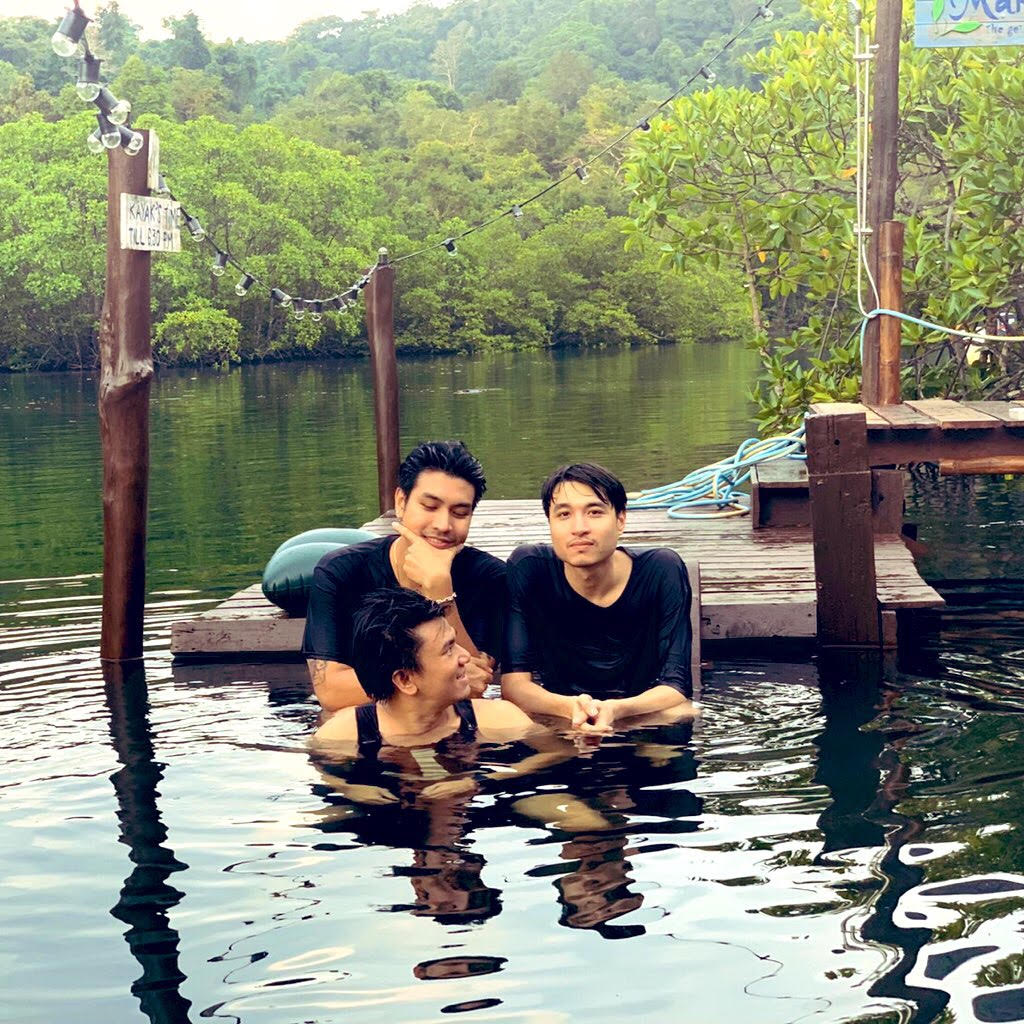 This is Part 2 of our interview with acclaimed Thai filmmaker Aam Anusorn. You can read Part One here.

All the fans are my friends, some of them are like my family and I love them so much. Every director in the industry are my rivals. But we need to support each other as well. Of course, we want our own projects to be the best – to be number one. But everyone should be happy for the winner. If you are ranked second or third, just be OK with it, and congrats to who got the top ranking. Life goes on and we can all be friends.

I support TharnType the series a lot. I duly acknowledge their huge success and I feel jealous! But I’m just happy for them and I want them to get more and more success. I also adore the director of the series – he’s awesome! I wish that one day my work can also receive lots of attention like him and that there is no hate. For me, being jealous is different from hating someone or something. As the saying goes, if you can’t be a good loser, you will never be a good winner. Just be happy and support each other in the industry. I mean everyone not just the directors.

[Publisher note: To give you a perspective, Dir. Aam is talking about the rumor which circulated about an actor who was accused of “selling himself for sex”. It was disputed and proven wrong by one of the actor’s parents. The actor attacked by this small group is Saint Suppapong. This series of rumors circulated during the time of Love By Chance Season 1 and is common knowledge among fans. If you are not aware, then you can read and discover the details here.]

Do you watch Thai BL series?

On the scale of 1-10, how do you rate the current state of BL drama in Thailand?

I rate the current state as a 3/10. As long as they cook up (invent) stories to make other people look bad – because he or she is different – I’ll give them a failing grade. By the way, there are tons of beautiful sides too but you guys already know it.

Has there been a time you did something against your values to keep your job or bosses happy? I’m asking because you are so opinionated that it’s hard to imagine you bending for others if you don’t think its right.

Oh so many times. For them, I think I’m just a trouble maker. Sometimes, I can’t even take a selfie with the cast. Like I’m so wrong if I ever do it but I did it anyway.

Regarding your last post about Japanese men, I would also like to know – so can you arrange a date with the fans and Kenta? We can add matchmaker to your resume!!! 😂😂😂

Was it hard to get funding for your upcoming movie, Present Still Perfect? Tell us who are the people you are happy to have help you fund the film?

Please introduce us to the other actor. He is Japanese right- Kenta? How did he go about the audition process?

I love Ryota, he’s from the supermodel competition and I’m a fan of him. He went to the premiere of my slasher film Bangkok Dark Tales and I didn’t know that! A couple days later, I send him a thank you note and I didn’t expect him to reply but he did.

Since I’m such a bitch, I altered the Present Perfect script and asked him to join my film. The role was originally an American, but because I want(ed) him as part of the cast, it became Japanese!

Do you think Ice and Joke became better actors after the first movie?

Ice is always the best actor for me but Joke improve like 10 times in this movie. I think because we became closer to each other. We work like friends and there is no wall between us.

Without revealing the story, why would people want to watch Present Still Perfect? Do you have many surprises for the fans?

I just want to say that you can’t miss Present Still Perfect. This is the honest film I… ever made, it’s all me and there is a roller coaster feeling watching this film. You will laugh so hard, cry so hard, love so hard and your heart getting so soft after you watch it. You will learn the art of letting something go and trying something new. Many surprises, like a lots of surprises!

The Present Perfect saga is personal. We all know that Ice is actually YOU. Was it hard to reveal your love story to the public or is it a relief that you were able to express yourself?

Present Perfect is about my story but Present Still Perfect is about the story that I want to create as my own ending and yes, it’s like a therapy for me. I just shared my beliefs, my thoughts, everything through the film.

Your film in 2004 about politics is very brave. Do you have any follow up projects similar to that?

First of all – WHO ASKED THIS QUESTION?

Yes, I made a short political film and I got so much trouble for that and it was scary. The film is called “There is no Space for Me” and it ended up taking my Facebook and YouTube accounts down. If I show this film to anyone, I can go to jail but this film got the popular vote from the film festival called “The Films that got Banned Film Festival” I was like – should I be proud of it? I still don’t know.

I also have one political feature film that I already finished shooting and ready to screen (I made this one right after I finish Present Perfect) but if I release the film, I have to leave Thailand and never return or I have to go to jail.

When did you started to become a Britney Spears fan? Please tell us.

I’m the true fan of BRITNEY SPEARS. If somebody ask me “what is your religion?” I will say my religion is Britney Spears. Every time I get on the plane, which I hate a lot, I will listen to a Britney song to make me relax and if I want to pray, I’ll just pray with Britney song like “womanizer woman womanizer oh womanizer oh yo womanizer baby” Because she’s such a role model for me – she’s a very strong woman and so brave to beat paparazzi ass and her life being up and down and she always try to be herself and confident and always come back from being down

I love her since 2000 from the music video Oops! I did it again. My dad was happy to know that his son is not going to be gay because he likes BRITNEY but my dad was wrong, I wanna be BRITNEY at that time. And BRITNEY inspired me to go to the USA and learn English, be myself and be a happy person.