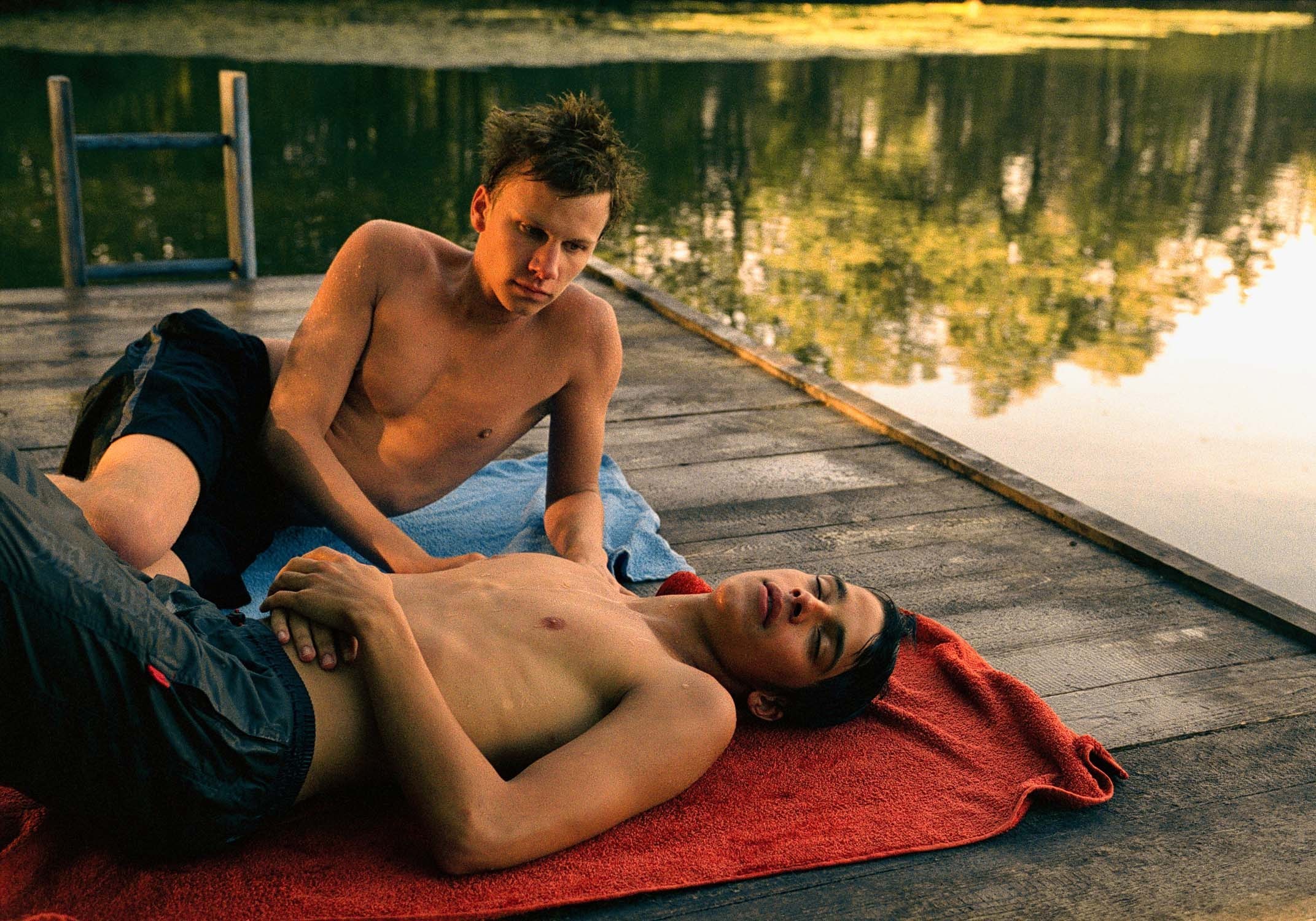 The Prestige of Playing Gay (or BL) roles: Historical Lessons for Idiots [Opinion]

Nothing has changed since this quote was made many years ago:

There Are No Small Acting Parts Only Small Actors.

If you aren’t cast in the role you wanted, it is not a big enough reason not to be involved in a production. Maybe you are to learn or gain something else from the experience? Life is a journey, you know. For several days after I cast a production, I deal with hurt egos of cast members or those who auditioned for me and didn’t receive the role they desired. | source |

A Background of Sorts

In the Thai BL Universe, the same pattern follows. For some of these Thai actors, it appears that playing a BL role was a regrettable choice.

I’m honestly sick of those actor who want to played as a BL role at first, just because they want to be quick famous and then all the actors and agents make money from the fans and leave those fans behind when they rich! It’s just dirtying and we need to improve.

Dir. Aam Anusorn is no amateur in casting actors in full-length movies or BL TV series. His indie film Present Perfect received more than 2 million views on YouTube via word-of-mouth, with little to a non-existent marketing campaign. It launches the acting careers of Ice Adisorn and Joke Kritsana, who returns to the screen via its sequel Present Still Perfect, slated for March 2020. He is also the director of 2 Moons 2: The Series and is credited for discovering Benjamin Brasier, Joong Archen, Pavel Phoom, and the cast of the said popular BL novel turned TV series. He knows what he speaks, and in our latest interview talks about the Thai BL scene.

Recently, some BL agents espouse a “move” among its talents to depart from playing BL and transition themselves into playing straight (heterosexual) characters. The latest of these “announcements” relates to video interviews of Perth Tanapon (Ae in LBC, opposite Saint’s Pete) and Mean Phiravich (Tin, with BL couple Cantaloupe or simply Can). Both are cast in Love By Chance Season 2, which commences this year and is reported to be in the post-production stage.

In the future, when I’m getting old and don’t have money, I might accept to play again.

This sort of comment appears to be both self-serving and arrogant. It was due to his BL role in Love by Chance that he was recognized by BL drama enthusiasts. While Thai BL actors are not as popular as drama actors in Thailand, they were successful in generating enough following to launch product endorsements and fan events where they are paid. [ read more ]

There are – at least – 3 more Thai filmmakers who have accomplished similar feats and we will feature them in a separate article later this month.

Backlash? Some prominent BL personalities reacted adversely to the news:

OF BOYSLOVE AND CHOICE… There was one defining moment in my life back in late 2018. It was when I chanced (pun intended) upon a rising BL series that was already airing at the time. It has since changed a lot of perspective, made careers and opened new doors, even for myself.

As a lesson in the history of acting, let’s have a look at some famous gay (and/or BL) roles and why it means a lot in terms of highlighting an actor’s evolving resume:

Starting 2007 until its latest sequel 4 years later, Takumi Kun series garnered a significant number of followers. Based on Shinobu Gotoh’s books published in 1992, the Yaoi novel series were turned into live-action adaptations, manga and stage productions.

Takumi Hayama is a high school student at Shidō Academy, a private elite boarding school up in the mountains. Unlike other students, Takumi is not from a prestigious background and attends the school to escape from past psychological trauma. He is perceived as emotionless and unsociable by his classmates. The only person who doesn’t see him as such is Giichi “Gui” Saki, a popular and attractive boy who has returned from the United States. He also happens to be Takumi’s roommate. As Takumi and Gui begin their second year at school, Gui surprises Takumi by confessing that he has been in love with him for some time. As Takumi learns more about Gui, he also must learn to overcome rivals who threaten to break up their newfound relationship.

While Part 1 featured two actors with some stage experience, Parts 2-5 were awarded to Hamao Kyosuke and Watanabe Daisuke as leads. Both actors have amassed about a dozen movies and projects each to their credit, including the famous Prince of Tennis musical, a well-loved stage play.

An article in the Bangkok Post encapsulates the journey of one of the leads – Pchy (Witwisit) – of this famous and critically acclaimed film:

The character of Mew is indeed hard to forget — a teenage musician who goes through a sexual awakening and develops romantic feelings for his close male friend while negotiating a blossoming music career, friendships, parental neglect, and urban loneliness. One of the reasons that The Love Of Siam became such an unlikely hit — in Thailand, as well as in China — should be attributed to Witwisit’s convincing take on the character as well as his sweet face and delicate skin. | source |

Pchy went on to star in a good number of movies and drama series. While most of the high-profile projects went to his co-star Mario Maurer, there is no denying that Witwisit enjoys his popularity immensely – giving him plenty of opportunities to promote his art.

“Chookiat [Sakweerakul], the director, was a senior from my school and when he asked me to act in that film I didn’t think much about it. I thought it would be something small. I thought it wouldn’t be well-received since it touched on the subject of homosexuality. I actually believed that no one would take notice of me, and when I finished filming it I could go back to my student life and get ready for the university entrance examination. But I was wrong,” he said. | source |

Indeed he was wrong. As for Mario Maurer, his acting career went into high gear, with plenty of international roles and collaborations as well.

Charlie Hunnam in Queer as Folks

Timothée Chalamet stars as Elio in Call Me By Your Name

From 1981, it was the TV series Dynasty (and even early on) and its American cast and crew who have the guts to feature a gay relationship on primetime. Then there’s Queer as Folk (Charlie Hunnam) and Skins (Mitch Hewer and Nicholas Hoult). Said series became the launchpads of the actors mentioned.

In 1985, one of the breakthroughs in gay films was shown – My Beautiful Laundrette. It stars Daniel Day-Lewis. If you don’t know the actor, then you have not “really” appreciated acting and its various nuances and ticks. If Thai actors often mention DiCaprio as a role model, most Hollywood actors mention Day-Lewis as theirs.

Stephen Frears was at the forefront of the British cinematic revival of the mid-1980s, and the delightfully transgressive My Beautiful Laundrette is his greatest triumph of the period. Working from a richly layered script by Hanif Kureishi, who was soon to be an internationally renowned writer, Frears tells an uncommon love story that takes place between a young South London Pakistani man (Gordon Warnecke), who decides to open an upscale laundromat to make his family proud, and his childhood friend, a skinhead (Daniel Day-Lewis, in a breakthrough role) who volunteers to help make his dream a reality. This culture-clash comedy is also a subversive work of social realism that dares to address racism, homophobia, and sociopolitical marginalization in Margaret Thatcher’s England. [source]

On the French side, I have watched some of the most compelling and challenging gay roles to date. Louis Garrel heads my list, followed by Gaspard Ulliel, Malik Zidi (Water Drops on Burning Rocks – watch the trailer here), and Grégoire Leprince-Ringuet (Les Chansons d’amour).

You have to embrace fully your entire life, your entire memories, and emotions to actually nourish, well for me, my parts and my future projects. I think an actor can actually gather moments, memories and emotions for his next character. So, it’s constant work. Also, one interesting thing is, when you think about this specific job, we can talk about an artist even if it’s just a fashion designer, but compared to other forms of art, like for example a director or a novelist or a painter, they can take the amount of time they need to create. As for a fashion designer, you have those very precise deadlines to keep so you have to renew yourself constantly every three or six months. When you think about it, it’s so intense. An actor after a film can decide to just take a break until his next role. As a fashion designer at such a big fashion house as YSL, there is so much pressure the entire time. Either you quit or you just keep going, and then you have to respect those specific deadlines. [source]

Lest I forget, it was the late Heath Ledger and co-star Jake Gyllenhaal who made waves via Brokeback Mountain in 2005. A year earlier, it was Joseph Gordon-Levitt who mesmerizes audiences with Mysterious Skin (watch the trailer here). In the same year, the Germans gave us Summer Storm, featuring a personal bias, Kostja Ullmann and lead star Robert Stadlober. Much later, Timothée Chalamet gained tremendous recognition in Andre Aciman’s live-action adaptation of Call Me By Your Name.

Without even considering the huge accomplishments of these actors in playing gay roles, there is a big chance of claiming that their careers got a much-needed push playing gay.

Some won Best Actor trophies like Sean Penn in Milk.

It’s somehow regrettable that a few misguided (and misinformed) talent agents in Thailand – where the BL scene is having its golden age – has to drive the notion of BL roles as secondary. It appears pointless when opportunities abound for their talents.