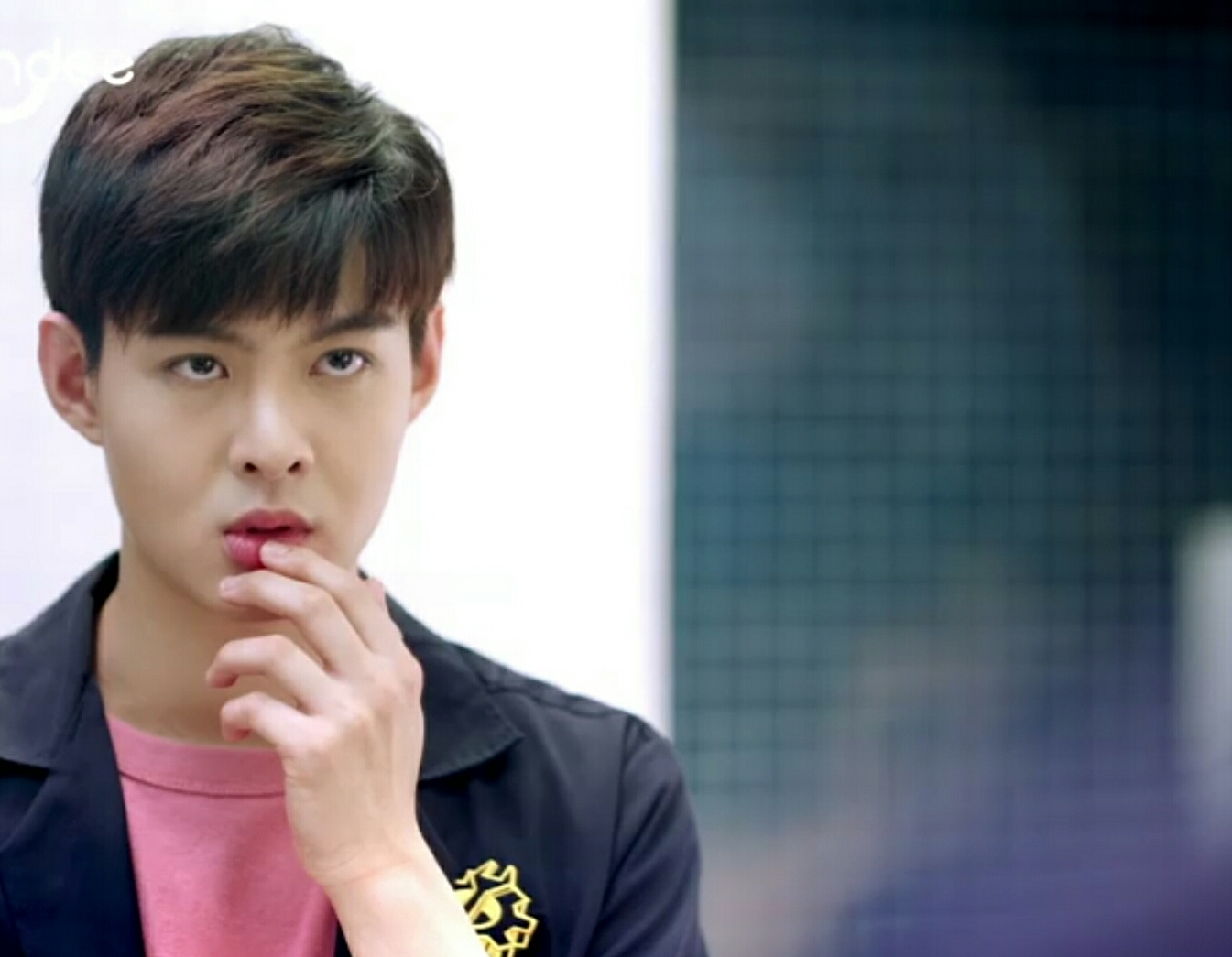 A kiss is not just a kiss. In Episode 3 of Why RU the Series, it is symbolic of the many aspects of a burgeoning intimacy between our two main couples.

For Zon and Saifah, a kiss is yet to become an act that could elevate what is currently a state of inertia – where either character understands what “they” might be. Zol, the creator of their “imaginary” relationship is a witness to events that did not originate from her imagination but are actually theirs. The way the series presents their relationship is light, bubbly, and funny. But note an underlying tension and intrigue. Deep down, they want to (dis)prove the girl’s imagination. In what way, remains to be seen.

Let me put the series’ intro here before I continue…

WhyRU the series centers on two couples. Both started in conflict but gradually develop in intimacy by way of revelation and character dynamics. The series features both wacky, comedic scenes and intense, dramatic moments..

Hats off to Tommy Sittichok. His conscious comedic acting is not only hilarious but has massive appeal. It’s “conscious” when he deliberately acts to an audience without hiding his intent to be funny. He lets in the audience for the ride. There are actors who have the gift of laughter and Sittichok is one of them.

Jimmy Karn, his costar and BL couple, warms up to Tommy’s lead. At 19, this is an opportunity to hone his acting skills. Their onscreen chemistry will soon be tested when they become intimate.

The much-touted first kiss between Tutor and Fighter took place as the episode’s opening salvo. Fans speculate how many times the scene was shot. But it is apparent Saint and Zee discuss their scenes together. Mr. Suppapong is a natural leader – his body language reveals as much.

The tension and animosity were further explained – even to the point of exhaustion. There was plenty of onscreen interaction to please the fans.

The school lock-up scene sets up what could be a turning point for the characters – as they let go of the “past” (no matter how recent it sounds) and go the distance for a future everyone seems excited to speculate. The thing is, Tutor could have taken another seat and let Fighter sleep alone. But that would not be romantic right? And far from viewers’ expectations.

So how was the characters’ progression?

I’ve said this many times, my reviews are acting-oriented, but I get peeved when technical stuff are all over the place. In Episode 3, the musical background was muted to such a degree that the focus becomes the actors and the storyline.

Time seems to float and we’re at the end of the episode.