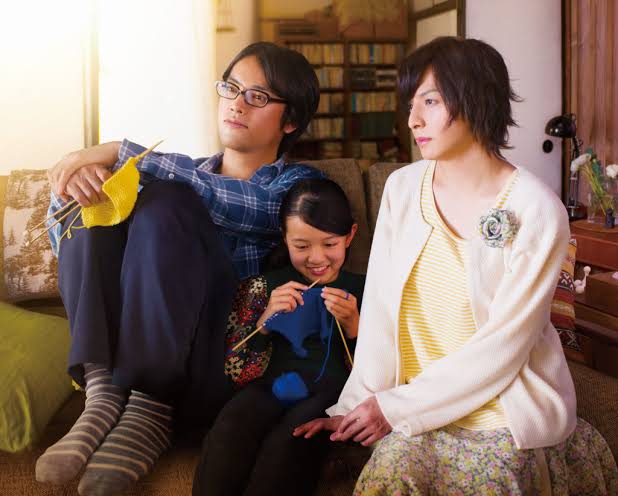 11-year-old Tomo (Rinka Kakihara) lives with mother Hiromi (Mimura), but Hiromi decides to give up on her and leaves their home.

Tomo, now all alone, visits her uncle Makio’s (Kenta Kiritani) home. Makio lives with his beautiful girlfriend Rinko (Toma Ikuta). Rinko was born as a man and now works as a caregiver at a home for the elderly. Tomo is a little confused by the situation, but they begin to live as a family.

Reaction: After playing a serial killer, romantic and idealistic gentleman and hero, Toma Ikuta (manage by Johnny’s Entertainment) plays a transsexual in this unforgetable family drama.

Ikuta started out as a clumsy actor but his sheer perseverance and passion made him one of Japan’s most accomplished actors. He did not shy away from playing a transexual and shows a lot of humility playing the role.