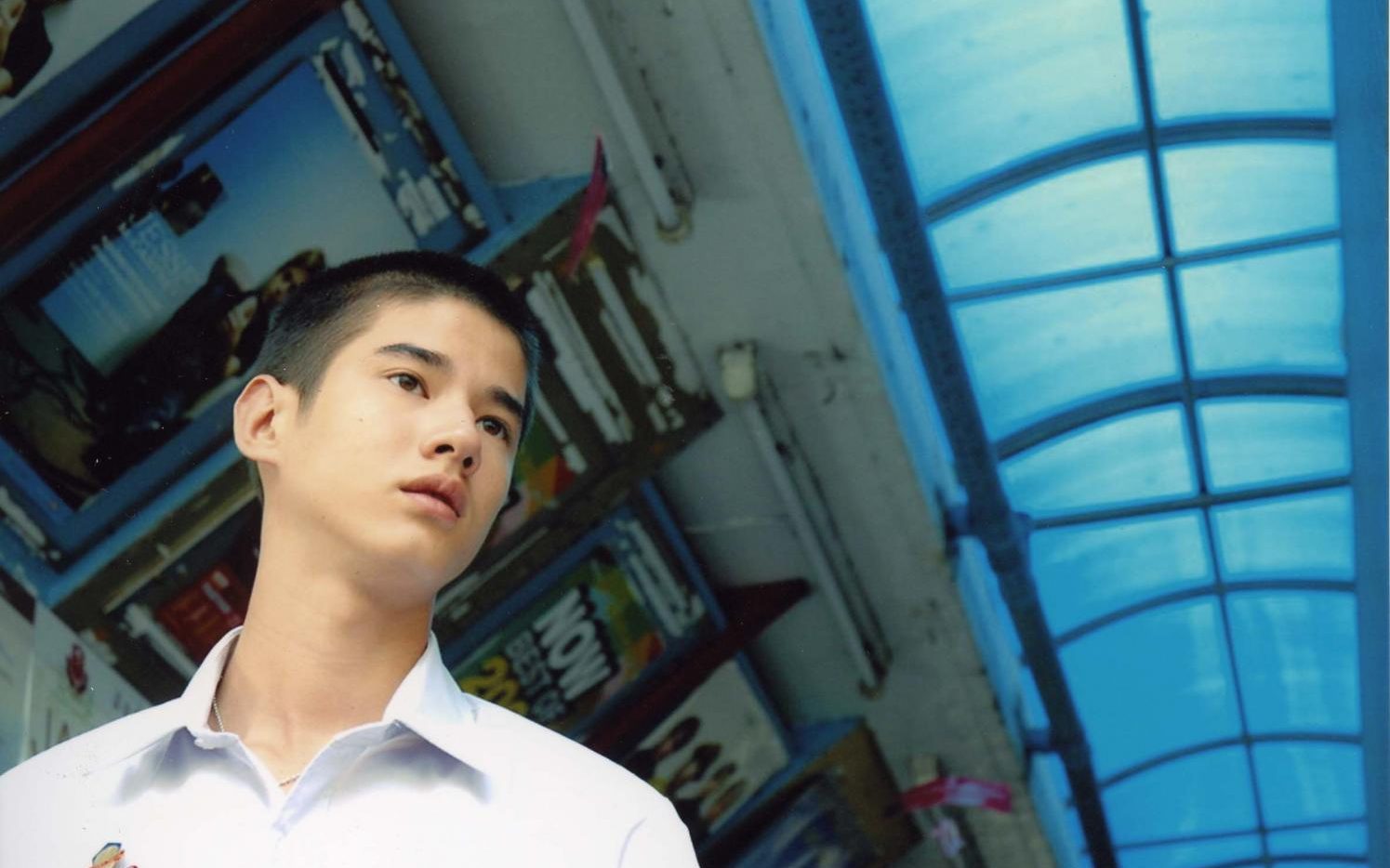 What Makes a Good BL Drama or Film (Under a Thai/Asian Setting)? Part 1/2 [Opinion]

This is a seemingly innocent topic to start with, but when you deal with fans and their personal preferences, it could get ugly. There is a misunderstanding with some people think that BL (or Yaoi) originated in China.

FACT: BL was born in Japan and is a celebration of romantic love between boys who are handsome or ‘hot’. It’s interesting to note that Thai BL is dominated by male directors and filmmakers, with a predominantly female fan base. International fans from Europe and America are divided – there are both male and female fans in the audiences.

Anyway, let’s start with some introductions…

BL stands for Boys Love. As a sub-genre of shoujo manga that originated and developed in 1970s’ Japan, Japanese BL manga and fiction were mainly about the love stories between beautiful boys. Notably, BL manga and fiction were produced by female authors and targeted for young female readers. These female fans of BL manga and fiction mocked and self-deprecatingly labeled themselves as fujoshi, which means “a rotten girl.” This exclusive female authorship and readership became a noticeable feature of BL fandom wherever it spreads. [source]https://www.davidpublisher.org/Public/uploads/Contribute/58a29d29c1f84.pdf

BL targets a largely female audience, but the appeal has since become widespread to include gay and straight viewers.

In Thailand, it was ‘historical times’ as far back as 2009 in terms of BL. In the 30-episode drama entitled Tomorrow, I’ll Still Love You (พรุ่งนี้ก็รักเธอ ), it was characters Kong & Phiwit (Fluke Pachara Thammon and Oh Anuchit Sapunpohng) who made a lot of headlines as gay lovers in this ensemble drama/lakorn produced by Channel 5. This was followed by Hormones 1 (2013), and Hormones 2 (2014) with Tou and March. Then came Love Sick (2014), with White and Captain, August and Ngern.

Side Note: The term fan service became synonymous with Thai BL. Actors who were paired as couples in popular BL series started to appear together in the series marketing media before, during and even after the TV series or movie premiered. This series of events promotes not only the show, but the cast becomes popular with advertisers as well. Stars are hired and paid with lucrative product endorsements as well as advancing their individual careers. Best samples are the cast of Love Sick, Hormones 1/2, SOTUS, and Love by Chance. [More about fan service here]

So far, which series and films have made some high impact on the Asian BL universe?

Recently, BL series/movies produced in Taiwan have become a fierce competitor with the Thai-based series. The HIStory series have become a favorite among international BL fans. The video clip below is from HIStory: Crossing the Line, which, for me, is the best in the series.

Qiu Zi Xuan was an excellent volleyball player, but he had to give up on his dreams due to injuries. During training, he meets Xia Yu Hao, a guy with a really bad temper who gets easily infuriated with people, but he strives to acquire what he persistently wants to achieve. Zi Xuan thinks he’s the one who can reach his dream instead.

Excellent performances from the actors, yet it feels to have been edited a bit haphazardly, making it seem incomplete. This series could have been expanded to 8 episodes, and how I wish they’d done that. There is so much to explore about the characters, and having 2 BL couples should have been reason enough for more.

Born in South Korea in 1971, Lee-Song Hee-il studied film-making at the Independent Film Society. Between 1995 and 2000, he was a member of the independent film group ‘Youth Film’ during which time he made a number of short films which have screened at national and international film festivals. The director shows skillful directing by mirroring some of the most serious social issues in Korea from the time, through stories of individuals. He is one of the most eminent Korean directors of queer film.

His films are special (for lack of a better word). They feature contemporary issues in Korea that deals with the gay minority; how they are treated by society, what sort of ‘stories’ they have to tell, how they look to the future, and how they maintain their relationships, despite extremely difficult external forces.

A Touch of Fever can be viewed here or below.

Despite having only three feature films to his name, director Ryosuke Hashiguchi is a pivotal figure in the development of contemporary Japanese cinema. The box office success of his low-budget 1993 debut A Touch of Fever (Hatachi no Binetsu) sent a shock through the industry and opened doors for independent filmmakers. He followed up on the promise of his debut with what is probably one of the best Japanese films of the 90s, Like Grains of Sand (Nagisa no Shindobaddo, 1995). After a six-year hiatus from directing, Hashiguchi returned with the striking Hush!, the story of a gay couple and the woman who wants one of them to father her child.

Though often portrayed as a kind of spokesman for the gay community in Japan, Hashiguchi’s films above all show the universally human emotions of their characters, gay or straight. The label ‘gay filmmaker’, aside from its discriminatory undertone, is far too restrictive a term for this highly talented man. [source]

The Love of Siam remains one of the most acclaimed Thai films, winning numerous ‘Best Picture’ awards.

Bangkok Post film critic Kong Rithdee called the film “groundbreaking”, in terms of being the first Thai film “to discuss teenagers’ sexuality with frankness”. He praised the mature, realistic family drama aspects of the film, as well as the solid performances, particularly by Sinjai Plengpanich as the mother Sunee.

Dew Lets Go Together (2019) is from the same director as The Love of Siam and highly recommended!

A personal favorite of mine is Present Perfect. It has a unique storyline and an even more amazing side story when it was posted on YouTube. You can read my interview with the director of the film and find out more!

The video above is actually the full movie, released by the filmmaker/producer himself! Enjoy watching it!

Lan Yu, a film by Hong Kong director Stanley Kwan, is a celebrated gay film that was featured at such festivals as Cannes and Sundance. The movie is based on a novel published anonymously on the Internet in 1998. The filming itself took place in Beijing, without government permission.

I would say, the above would put us into a proper perspective as to what makes a good, quality drama series or film.

There is always something in common with these productions:

Engaging story – Whether a drama series or a film, it must have an engaging story where the audience can feel authenticity, will interest them and pique their curiosity. It can be real or fantasy, but there is still some semblance of ‘logic’ or reason.

A good example would be The Love of Siam where two young boys who grew up together, become separated and reunited as teens with different backgrounds, yet share some common interests. Also, the Japanese film Hush! where a gay couple struggles to adjust to the introduction of a woman who targets one of them as her ideal lover.

Lan Yu is especially poignant and features an unforgettable view of Beijing and the Chinese countryside, plus the two lead actors gave such dramatic performances!

I would also mention SOTUS (the whole project). There were moments when I was enraged, infuriated, tickled, and absolutely charmed by the way the lead characters interact with each other. The highs and lows, and the romance!

2019 is blessed with such drama as TharnType, He’s Coming to Me, Theory of Love. The weepy story Until We MeetAgain series has also been released in 2019.

In Part 2, we’ll discuss more the qualities we want for a BL series or movie. Stay tuned!