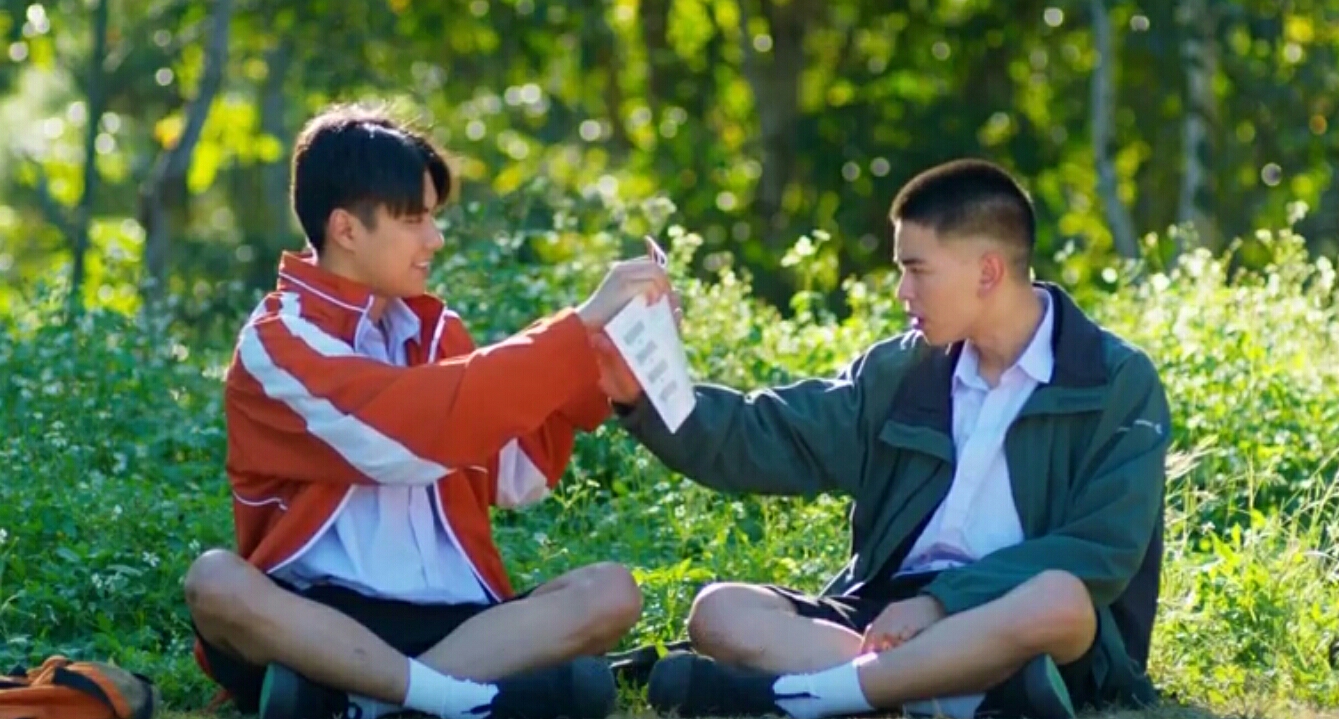 Update: 17 March 2020 – Now available on Netflix but in Thailand only. Production team promises availability in other countries as soon as negotiation pushes through.

Dew the movie tells the story of romantic love between two boys. But the circumstances of the times deterred them from pursuing their feelings and having a relationship.

23 years later, one of them attempts to reconnect and perhaps reunite in an era where there is more tolerance and acceptance. Directed by Chookiat Sakveerakul, the maker of the acclaimed Love of Siam and Grean Fiction.

[ Review of this film 4/5 stars, poignant, even poetic and breathtaking, it has some flaws but is regarded as one of the best of 2019 ]

Pob and Dew are friends who study at the same school but slowly realize, that there might be something more than friendship between them. Unfortunately, they live in an era which isn’t open to homosexuals and thus the two get separated only to meet 23 years later. [source]

The two teaser clips have shown and revealed a lot already that I don’t want to preempt anymore.

However, given my experience with dir. Chookiat’s ability to shock and offer twists and turns, I will not be surprised if Dew will be a different person in the future. So the synopsis above may even be misleading.

There are talks about the movie being ‘inspired’ by an earlier Korean film.

The thing is, this film tries to capture a difficult times for young homosexuals (in Thailand and elsewhere in Asia). These youth were called “sexual deviants” and were forced to attend training to get rid of their gayness.

The time is 1996 where AIDS is still an epidemic. If you were not born yet, it was a frightening times where discrimination against the LGBTQ was intense.

It’s been awhile since we experience another cinematic wonder from Love of Siam director.

Also I am quite surprised with myself for this film to escape my radar.Showing in a couple of days, here’s hoping we can watch this in 1-2 months time!