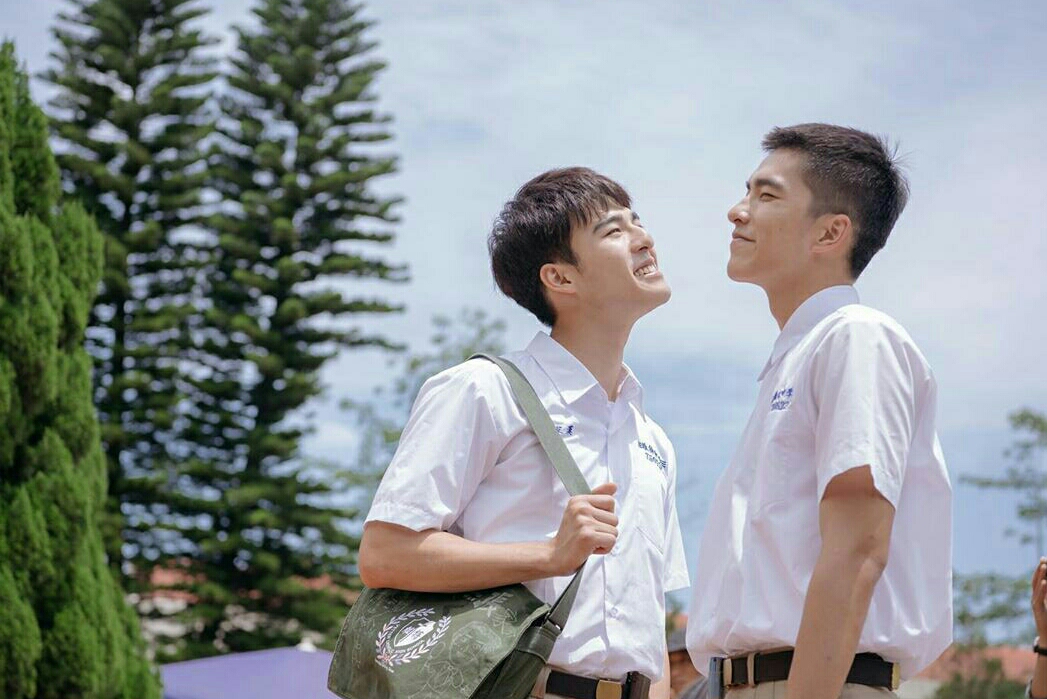 Your Name Engraved Herein is an upcoming Taiwanese movie inspired by a true story. It has a political theme about two students after martial law ended in Taiwan in 1987.

According to Variety, the film was screened at the Berlin’s European Film Market last February. It officially premiered at Osaka Film Festival a few days ago. It won an acting award for veteran actor-director Leon Dai.

“The movie not only resonates with the rite of passage of LGBTQ rights in Taiwan, but is also ready to bring many viewers to tears. We are expecting the same level of success across Asian countries as with ‘More Than Blue’,” said Patrick Mao Huang of Flash Forward. |read more|

Official trailer is below:

Below information is relevant to appreciate the film:

The executive producer and screenwriter is Chu Yu-Ning, one of Taiwan’s most best-known TV producers. Chu was previously creator of drama series “It Started with a Kiss,” “In Time with You,” and “Back to the Good Times,” and has launched the careers of several of Taiwan’s leading actors. |source|

Stina Chang at Student Break is quoted below:

The first act of story is set in 1987, beginning with the protagonists meeting and befriending each other in high school. One of them decides to reveal his true sexual identity to his ultra-religious father while the other chooses to bury his feelings and live a supposedly normal life. The two friends meet again 20 years later, this time in Canada, where love has much more freedom. According to director Chu, “Your Name Engraved Herein” is influenced from real life events; the title of the film was inspired from a poem written by John Donne, which explains that the power of love transcends all names and labels. |source|

The movie stars Edward Chen (Red Balloon). He will play one of the major roles. Also part of the film is Tseng Jing Hua and Chris Wu from HIStory:Trapped in a support role. Movie is set for a June 2020 release.

This film is considered a milestone for Taiwan in terms of producing a gay movie.