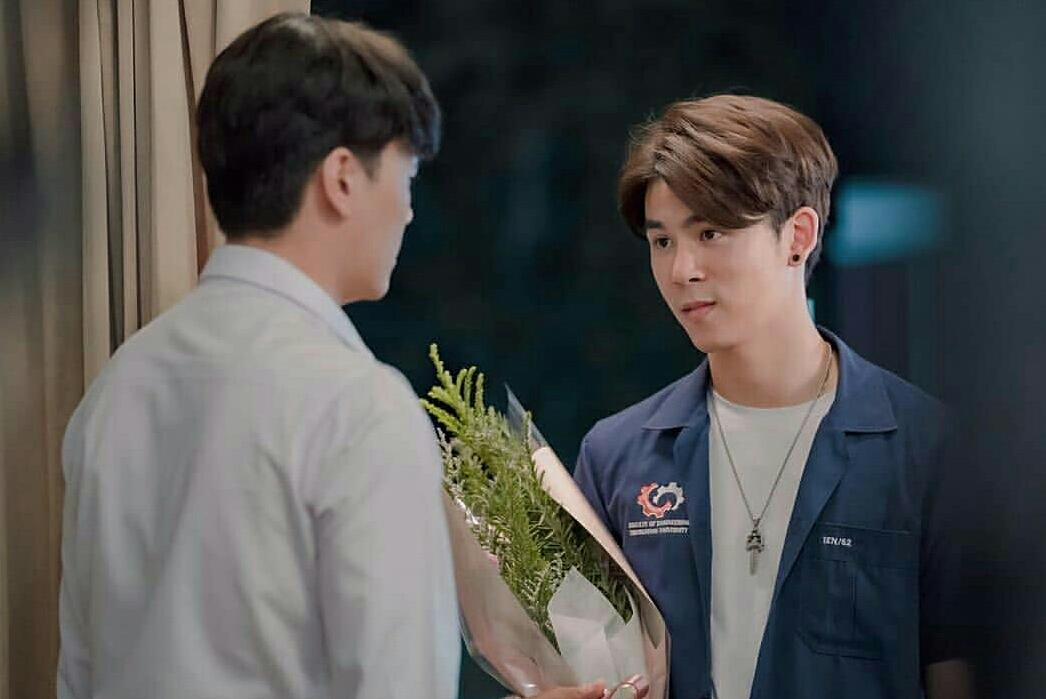 5 April 2020 updates: It’s incredibly unfair for this series to be ranked only #22 when it has VIP limitation. Plus the YT clips are not of the highest quality. While the actual series itself is getting better, it remains underrated.

Here is the detailed schedule of broadcast:

20 March 2020 updates: If you want to watch until Episode 3, you can subscribe to WEtv. Only if you’re from Thailand, Philippines, Vietnam Malaysia, Indonesia, Taiwan, India.

The YouTube channel is only available for international fans outside Asia. It depends on where you are, so try YouTube first.

The same post I already reacted below but there are many viewers who are asking me for updates. Episode 4 will be released this Saturday, 21 March on WEtv.

The series is slated for a 14 March 2020 broadcast. It will start 8 pm BKK time at WEtv. (Update: The episodes are also available on YouTube) One good casting news is that the lead of My Bromance Cooper Patpasit has been chosen to play one of the leads.

Episode 2-3 are quite an improvement to the story flow, and Cooper is hot!

If you have not seen him in My Bromance series, then check him out! While not a completely problem-free series, Cooper Patpasit is sexy and fiery.

Bohn and Duen – portrayed by Cooper Patpasit, who was lead star of My Bromance: The series and newcomer Poy Kritsanapong respectively. Bohn studies Engineering and is a senior while Duen is a Med freshman. Perceived as a “revenge” theme, Cooper’s Bohn blackmails the young Duen into buying him flowers for a month when Duen accidentally punched him after he woke up. You see, Bohn is just concerned for Duen’s safety (there are reptiles in that park where Duen took a nap!)

Frong and Thara – this maybe described as a quasi-couple and we can only speculate for now. The thing is, Shane Nutchapol who plays Frong is a bitter rival of Bohn and the animosity between them is quite evident. Episode 1 shows that so obviously during their photo ops. Now, Frong also appears to be smitten by Duen – which further complicates the issue. Tara (MD Natthapon) is a medical intern. At this point, there is no direct correlation yet between the characters except for the promo by the series official social networks.

Boss and Maek – Inntouch plays Boss, a rather cute guy but with a spitfire personality. His IG gallery is fun to look at. He exudes an intense sex appeal yet appears a bit shy. Like his role as Boss, he lacks self confidence which is the reason why Mek protects him like a hawk. Mek is portrayed by the gorgeous Junjie Pang – quite surprisingly, his IG account got deleted.

King and Ram – Perth Stewart who looks (obviously) with foreign origins plays Ram and is quite assertive/protective of Duen from Bohn. He’s a freshie and is paired with an Engineering student played by Talay Sanguandikul, a close buddy of Bohn.

5th February 2020 Update: The production crew just released the latest clip, an official teaser of the series to be exact! Cooper Patpasit has figured quite prominently on this series, and hopefully, his acting has improved from his ‘exploits’ in the My Bromance series of 2 years ago.

Official series trailer is below:

Reactions: I find it too long and lacks the excitement of such shows like TharnType, Dark Blue Kiss or even He’s Coming To Me.

The acting appears amateurish and juvenile which made me worry whether the casting issues and delays had an adverse effect on the project’s impetus. The actors look uncomfortable and self-conscious.

Of course, a trailer is not enough to judge the quality of a drama series. On the other hand, it’s supposed to drum up interest and get the viewers excited.

My biggest complaint is the lack of even “flow”- perhaps there are too many actors featured in the clip. I want to be shown enough information so that I may establish an idea of the main couple and what sort of situation they will struggle to grow into.

I know that there might be a third-wheel involved but I got sidetracked by supporting characters.

Researching for My Engineer, I come across this:

One day, Duen (Medical student) is sleeping at the University Park and Bon (Engineering student) sees him and finds a giant water monitor. While walking close to the sleeping Deun, Bon tries to wake him up but Deun accidentally punches Bon’s handsome face and forces him to the hospital. After the incident, Bon orders Deun to bring a red rose to him every morning for a whole month as payback.

Some clips of the series below:

At the helm is the director of Sotus: The Series, Lit Samejarn. This will be his second BL project.