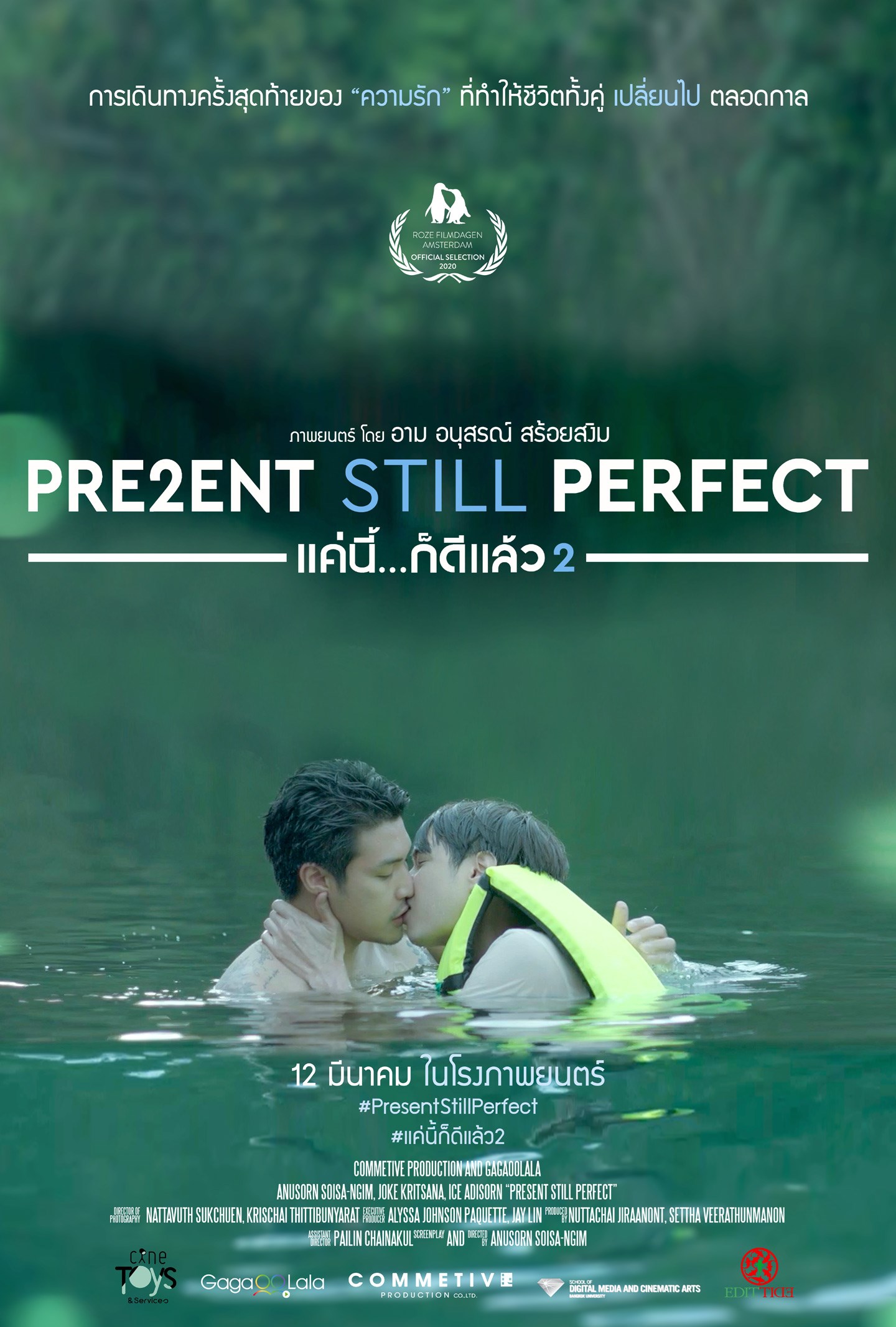 Aam Anusorn Soisa-ngim never sold himself to the devil. Like many independent filmmakers around the world, he firmly maintains that art should never be compromised in exchange for profit. While he was offered to take the driver’s seat in future, highly-anticipated sequels of Boys Love series in Thailand, Soisa-ngim’s forte remains making slow-paced, deliberate, and character-driven films that critics and discerning viewers long for.

As a film reviewer, I maintained contact with the director discussing his work on both personal and technical levels. His latest film, Present Still Perfect (2020) is a sequel to his acclaimed and popular Present Perfect (2016). Having chanced upon the movie when it was on the process of gaining traction, I wasted no time reaching out to the outspoken director. The result is a special relationship we’ve maintained for almost 2 years – this latest film brought me back to the magic of his work.

While the first movie was shot in Higashikawa, Japan, Present Still Perfect takes on a more local flavor. I asked the director, complimenting on the breathtaking beauty of the place, how he discovered it. Dir. Aam (as he is fondly called by fans) responded that he was doing some location shoots when he chanced upon the resort. As the backdrop of the film, it gave me a sense of belonging. Thailand and the Philippines both boast of world-class beaches, so watching actor Ice Adisorn settling in has that ‘sentimental’ familiarity.

The film begins with Toey (Ice Adisorn), as he treks his way in solitude. Like most backpackers, he travels light, and buys what he needs on the road. He has cut his hair and is now clean-shaven. His appearance is a far cry compared to how he looked at the airport when he last met Oat (Joke Kritsana). The two former lovers have not seen each other for years, yet there is contact. Settling in the coziness of the resort, a Japanese tourist named Kenta (Ohmi Ryota) arrives. He eyes Toey with a certain level of amusement and curiosity that somehow unnerves our hero. The dynamics of the Japanese newcomer and the resort caretaker together unhinges Toey about his solitary travel and leads to events that will shake his core and that of the people he holds dear.

Present Still Perfect works as a stand-alone film, with little reference to the original movie, and possesses a certain fluidity that Dir. Anusorn is known for. The film is also technically superior – with clear and spectacular cinematography, impeccable editing, memorable soundtracks, and sequences edited that serve to entertain and surprise.

Psychomilk is thankful to Commetive Productions and to Dir. Aam Anusorn for this opportunity to review the film during its relatively short theatrical release. Stay tuned for news and updates when the film becomes available online.