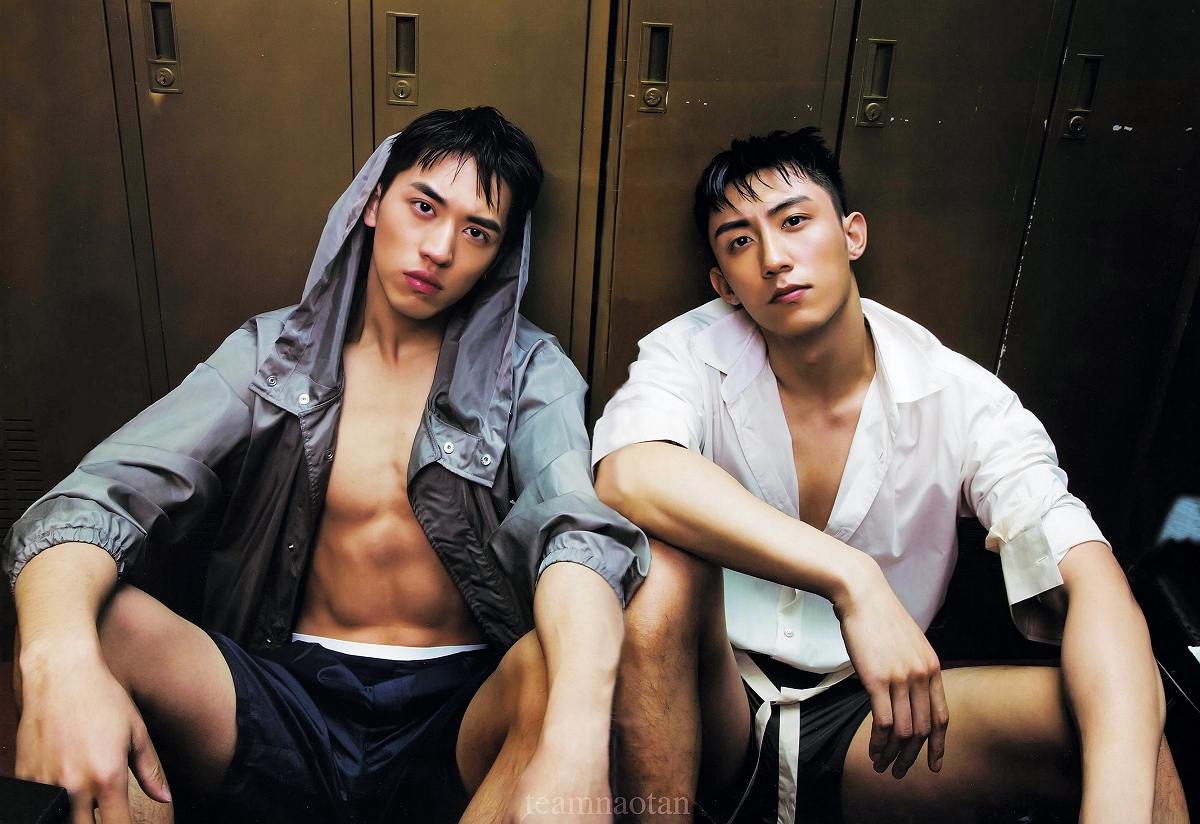 Addicted garnered 10 million views the day after its initial release, as reported by the show’s producers and was the second most-watched show on iQiyi, China’s leading commercial online portal. However, it was abruptly banned by Chinese censors after the airing of its Episode 12.

The episodes featured accurate but contentious sexually-charged content, which got the attention of the homophobic Chinese authorities. The production house was forced to deviate from original plans and post the remaining three episodes on YouTube instead. However, the versions that were released were heavily censored. To add insult to injury, social media like YouTube and Facebook are banned in many parts of mainland China.

With its porcelain-faced young cast and tales of love, sex, and family pressures, it is easy to see why the Chinese drama Addiction was such a runaway success. However, the hit online show, which features a predominately gay cast, was abruptly taken off the air this week, once again demonstrating the mainland Chinese authorities’ distinct discomfort regarding homosexuality.

The 15-part drama, which follows the lives of four gay high school students, has apparently been deemed unfit for viewing just three episodes before the first-season finale. The show’s producers, who have not given any official reason for why it was pulled, say it garnered 10 million views the day after its initial release. It was apparently the second most-watched show on iQiyi, China’s leading commercial online film and television portal.

“There’s no reason. It’s a result of the broader context,” Chai Jidan, the author of Addiction, was quoted as saying when the production house was queried about the popular drama series going off-air suddenly. It should also be noted that a string of gay-themed shows on other Chinese networks were pulled off as well. Leading video streaming sites v.qq.com and iQiyi declined to comment on the sudden action.

The result of these actions by the homophobic Chinese Govt has resulted in more restrictive orders to “tone down” gay relationships in Chinese BL to a level euphemistically dubbed as “Bromance” and unlike Addiction, Chinese BL is devoid of all gay sexual content. Actually, to the point it can’t really be called “BL” any longer.

Editorial note: You won’t see the designation “BL” used on any Chinese “Bromance,” Review or Comment on Psycho-milk.com.

Why were such stringent measures put in place to control accurate gay content?

The older generation of Chinese society that’s in control of societal norms keeps the younger generations under a tight leash. They largely adhere to antiquated, and obsolete notions of families producing a male heir to carry on the family line. This backward society continues to label homosexuality as “deviant and corrupt,” in spite of the fact that China decriminalized homosexual relationships in 1997, and removed it as a “mental illness” in 2001.

However, the Chinese censors weren’t just content with blocking gay content on all platforms. The growing popularity of the main lead’s Xu Wei Zhou and Johnny Huang Jing Yu, as well as their close friendship, threatened the tight rein they held over the younger generation. The level of absurdity at this point, knows no bounds.

As such, both the actors’ Xu Wei Zhou and Johnny Huang Jing Yu were banned from ever being seen in public together.

It’s been four years, and the ban still holds. Despite that, the drama series fanbase still hopes that the ban will be lifted, so that these stars can film the second season together.

Frankly, I’m still at odds with the storyline of this drama, which has more glitches than I have ever seen in a BL drama before. The “enemies to lovers” trope is indeed cliche, but the showrunners make it work somehow. The conflicts between the main leads at times seems pretty immature and childish. But that is what shapes their story, and there is no effective way to skip that part. So at times, you want Gu Hai called on for being so unruly, you really can’t help it.

Another problem I faced while watching this drama was the “stepbrothers conflict.” Yes, technically, they are not blood relatives, and also neither of them knew about their new familial relationship until it was too late. However, that didn’t stop me from comparing “Addiction” to “My Bromance,” and I kept waiting for disaster to occur. Especially in the scene where Luo Yin’s mother comes to visit them, and they purposely take a shower together. It’s good that she doesn’t pay much attention to them, or they both would be in trouble.

From solving Aunty Zou’s land-deal problems to getting Luo Yin’s father a new job at a better company, Gu Hai leaves no stone unturned. He loves Luo Yin, and as such, his love extends to Luo Yin’s family as well. Even when Luo Yin scolds him for that, Gu Hai doesn’t back down from helping Luo Yin’s family. I guess this is one of the reasons why Luo Yin’s father plays Peacemaker even after learning about Gu Hai’s true identity. Luo Yin’s father loves him like another son, and I have to say that’s not an easy feat to accomplish.

There are also some troublesome scenes like a fake kidnapping, unnecessary fights between Gu Hai and his crazy girlfriend, a foreign returned cousin who hates Luo Yin for no apparent reason, and Luo Yin’s clingy ex-girlfriend, who won’t accept that their relationship is over. However, there are sweet moments that gloss over the bad and make you feel fuzzy and warm. Like when Gu Hai buys medicine and underwear for Luo Yin or beats the school bully for badmouthing Luo Yin, you can feel his protectiveness. Gu Hai is oddly possessive of Luo Yin and won’t let even his friends get too close to Luo Yin.

Luo Yin never shows his emotions overtly, so to see him get jealous when Gu Hai pays more attention to his phone on their fishing trip was adorable. Communication is the key to any relationship. Even though Luo Yin might deny it to the end of the world, their daily conversations at night about life in general, their parents, or future aspirations, along with cuddling, is what makes him the happiest. However, my favorite scene remains the one where a completely oblivious Gu Hai talks to his girlfriend about Luo Yin. He describes Luo Yin so lovingly that you can almost see little hearts in his eyes.

Honestly, it’s not the greatest show that I have watched. However, despite its flaws, the show is the perfect concoction of teenage angst, friendship, lust, love, and relationships. These are kids, so they are bound to make mistakes. There might be pitfalls in between, but the show manages to showcase that true love knows no bounds. So watch it for the cast (whom you will come to love sooner or later), and join them on their journey as they rediscover love in it’s purest form.