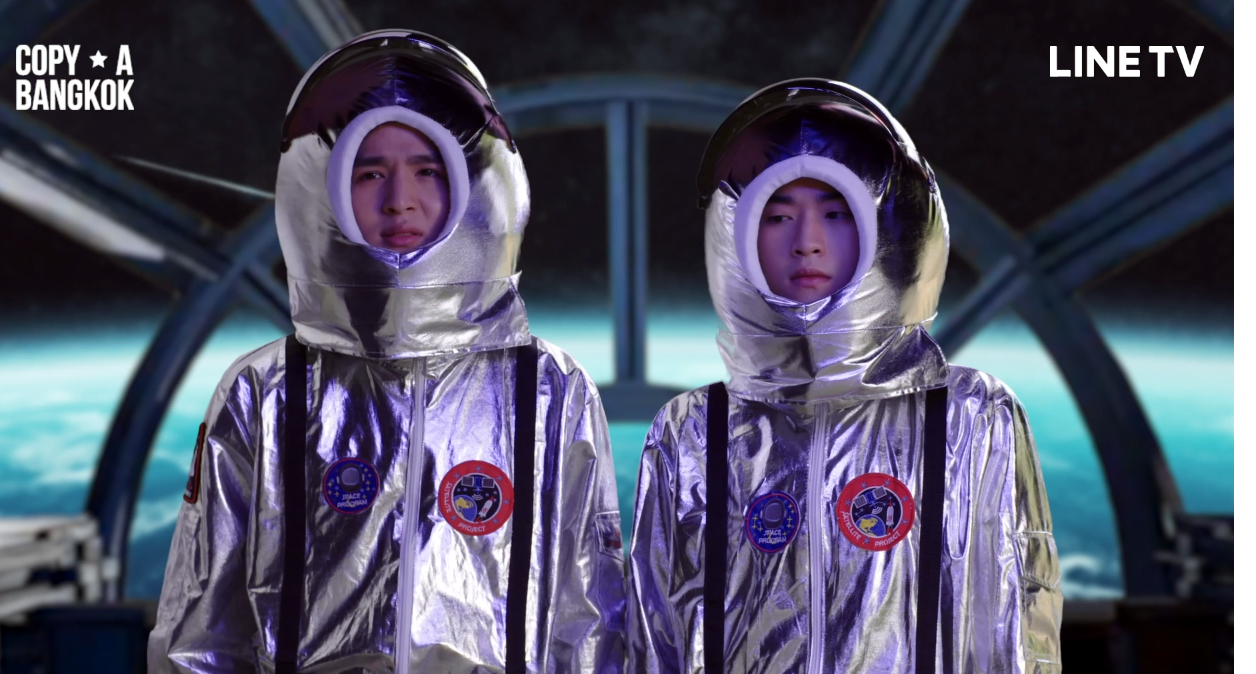 The episode finale of YYY BL sitcom is far from being the comedy it purports to be. In fact, it has become a substantial, and emotional drama acted with generosity and integrity. From the beginning, Lay Talay and Yoon Phusanu offer an on-screen chemistry that is hard to match. The development of their characters and how their relationship progresses is stellar – there is tension as well as anticipation. Poppy Ratchapong as Porpla – for the sheer brilliance of his performance – should be nominated for an award. This review is a joint effort with Jen’s BL Views and Reviews!

Let’s have the storyline first shall we?

A high-rise apartment houses young boys of different lifestyles and upbringing. Owned and maintained by a crazy and easily-fooled Yaoi fanatic named Porpla (a hilarious Poppy Ratchapong), the all-male occupants live in various stages of interaction. Porpla’s cross-dressing antics and imagination pushes reality out of the equation and renders the occupants to become more than ‘roommates’ and into something that ranges from ‘bromance’ to boys’ love.

The farewell party for Pun is both funny and sentimental. With viewers conscious that it’s the final episode, emotions are high. The saving grace – since we are not supposed to take this sitcom seriously – is the space ship. And I’m not going to reveal anything after that.