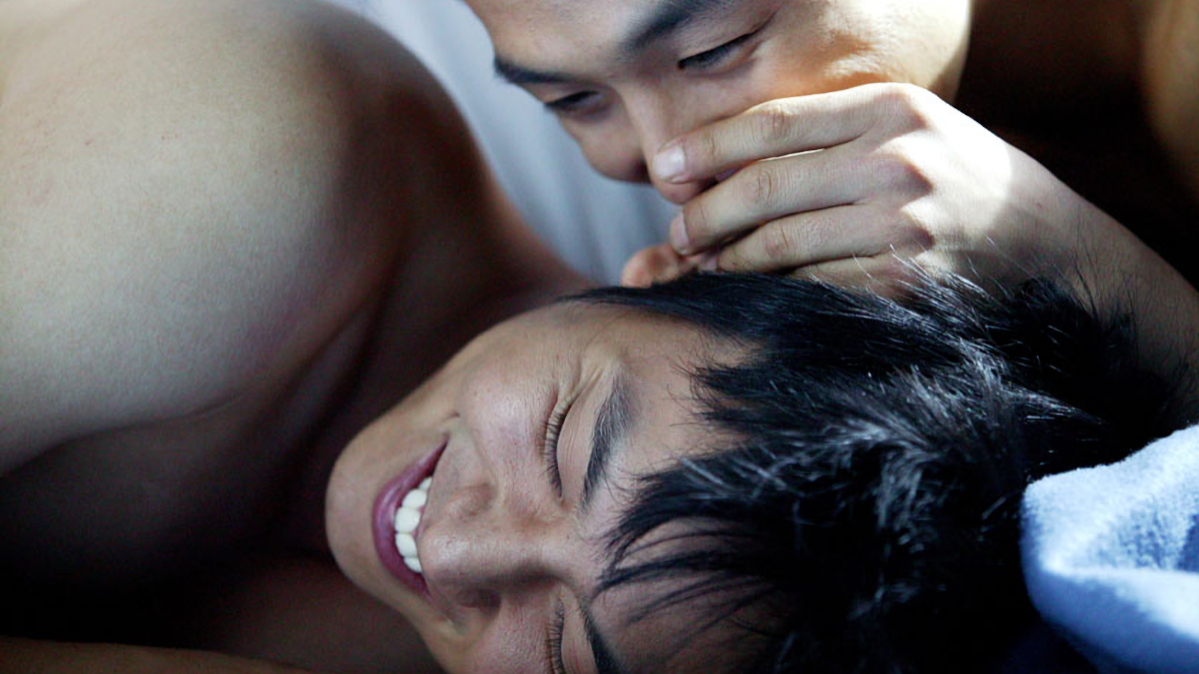 In as early as 2002, the production of South Korea LGBTQ+ themed movies began with “Road Trip,” a love triangle story that involves bisexual characters. Only in 2006 did the first ‘real’ Korean gay feature gets introduced to the public. Following the story of an orphan boy who moves to Seoul to look for a better future, “No Regret,” the directorial debut of Lee Song Hee-Il, astonished viewers with the powerful portrayal of the brutal realities of gay relationships in the conservative society. And 14 years after its premiere, the poignant love story of Su-min and Jae-min still resonates well with the life of many LGBTQ+ couples who are still struggling to express themselves freely. That fact actually makes me wonder about the world that we’re living; are we really moving towards a better world?

The center of the movie, Lee Su-min, is portrayed by Lee Yeong-hoon. He flew to Seoul to look for a better future for himself, which involved a good education. However, the adversity of life forces him to become a host in a gay bar to survive the cruel life in the big city. Things are getting better for him, until one day, someone from his past comes to take the most important thing that he possesses; his heart.

Song Jae-min, who is played by Kim Nam-gil, dreams of freedom to express his true self. His encounter with Su-min has changed his life forever. In the name of love, Jae-min is ready to give up his comfortable life to be together with Su-min.

At the age of 18, Su-min, who having been raised in an orphanage, decides to move to Seoul. Aiming for better education, which will help him to afford a better life for himself and his family at the orphanage back home, Su-min works day and night to save for college. One day at work, he accidentally meets Jae-min, who instantly falls for him. Su-min, who has given up on love, promises himself not to fall for Jae-min’s undeniable charm. But their continuous encounter gradually melts Su-min’s cold heart. In his confusion, a question about life crossed his mind, waiting to be answered. How does it feel to actually live with no regret?

My Thoughts of The Movie

No Regret is a classic Korean love story with a twist. It tells a story of class gaps in Korean society and its effect on human relationships, particularly romantic relationships. What makes it special if compared to other Korean movies with the same premise, is the realistic portrayal of gay relationships, which at that time was still considered taboo. Created by an openly gay filmmaker, No Regret is more than just entertainment to watch; it’s an outlet for self-expression, as well as an attempt to change people’s perspective about same-sex relationships. Moreover, it’s truly a groundbreaking movie that evoked the occurrence of LGBTQ+ themed features in South Korea.

I myself learned about this movie years ago when I became a devoted fan of Kim Nam Gil, the actor who portrayed Song Jae-min in this movie. The first time I watched this movie, I was confused with the storyline, especially the sequence of the scenes that, in my opinion, felt a bit scattered (honestly, it’s hard for me to understand the story completely). Only recently, when I rewatched the movie, I started to enjoy it, and I realized that you need to be fully attentive to keep up with Su-min and Jae-min’s love story, which at first may appear to be too perplexing. However, once you get a grasp of the plot, you will be amazed by the depth of the story being offered; it’s not an ordinary love story between the rich and the poor, it’s a journey of discovery of one true self to find the joy of living.

The beauty of No Regret lies in the well-written script, as well as the profound conversations between the characters, which I believe plays a pivotal role in turning the movie into a masterpiece. When you pay close attention to their dialogue, you would have a better understanding of their characters, and you can truly see the gap between Su-min and Jae-min’s world. They indeed come from far different worlds and they have a contrasting belief of living life, which for me, makes their relationships become even more intriguing to follow. Besides, in my opinion, the scriptwriter has done a remarkable job of utilizing the interaction between Su-min and Jae-min to elaborate the story, as well as giving more intensity to it.

For example, there is a scene when Jae-min comes to Su-min’s place after having a heated argument with his parents. While treating Jae-min’s hand that was injured during the argument, Su-min asks about their status. The question angers Jae-min, and he leaves Su-min alone without saying a word. It’s such a heartbreaking moment to watch because you can clearly see that that question hurts Jae-min. After everything he’s done for Su-min, the latter still questions his love for him. That scene alone highlights the abilities of Lee Song Hee-Il, who wrote and directed the movie.  By combining the script, the acting performances, and his vision as a director, he effortlessly brings the story to life. No wonder this movie has earned him the title of Best Independent Director from Baeksang Arts Award; it’s indeed breath-taking.

On top of that, No Regret is supported by great actors who portray their characters flawlessly. Both Lee Yeong-hoon and Kim Nam-gil, playing the main leads, Su-min and Jae-min, show their ability to use skillsets as actors, to give moving performances. Furthermore, they have an undeniable chemistry as a couple in the movie. Their interactions are full of emotion, and they seem comfortable with each other, which I think helps them to convince audiences that they’re a couple. Honestly, lovemaking scenes always worry me, because if not executed properly, it can turn into a disaster that repulses viewers. Surprisingly, both lead actors successfully deliver a lovely bed scene that is not only easy on the eyes but also able to make viewers feel the emotions.

I also like the way Jae-min looks at Su-min with a longing gaze, which reveals his true feelings for him; he loves him dearly and has since their very first encounter.  On the other hand, while I adore Su-min’s poignant facial expressions that speak volumes of his fondness of Jae-min, some observers could believe he appears uninterested. However, if you look through his eyes, you can see the love that he has for Jae-min. Thus, kudos to both actors for their stellar performances! All things considered, I can say that No Regret is the complete package of entertainment. It offers viewers a captivating storyline, as well as marvelous performances from the actors. But more than that, No Regret is a timeless movie that still resonates well with our current world. And it reminds us once more that time alone is not sufficient for change to occur; it takes will and effort from all people to change the world in which we’re living.

Watch or rent this movie through Amazon Prime