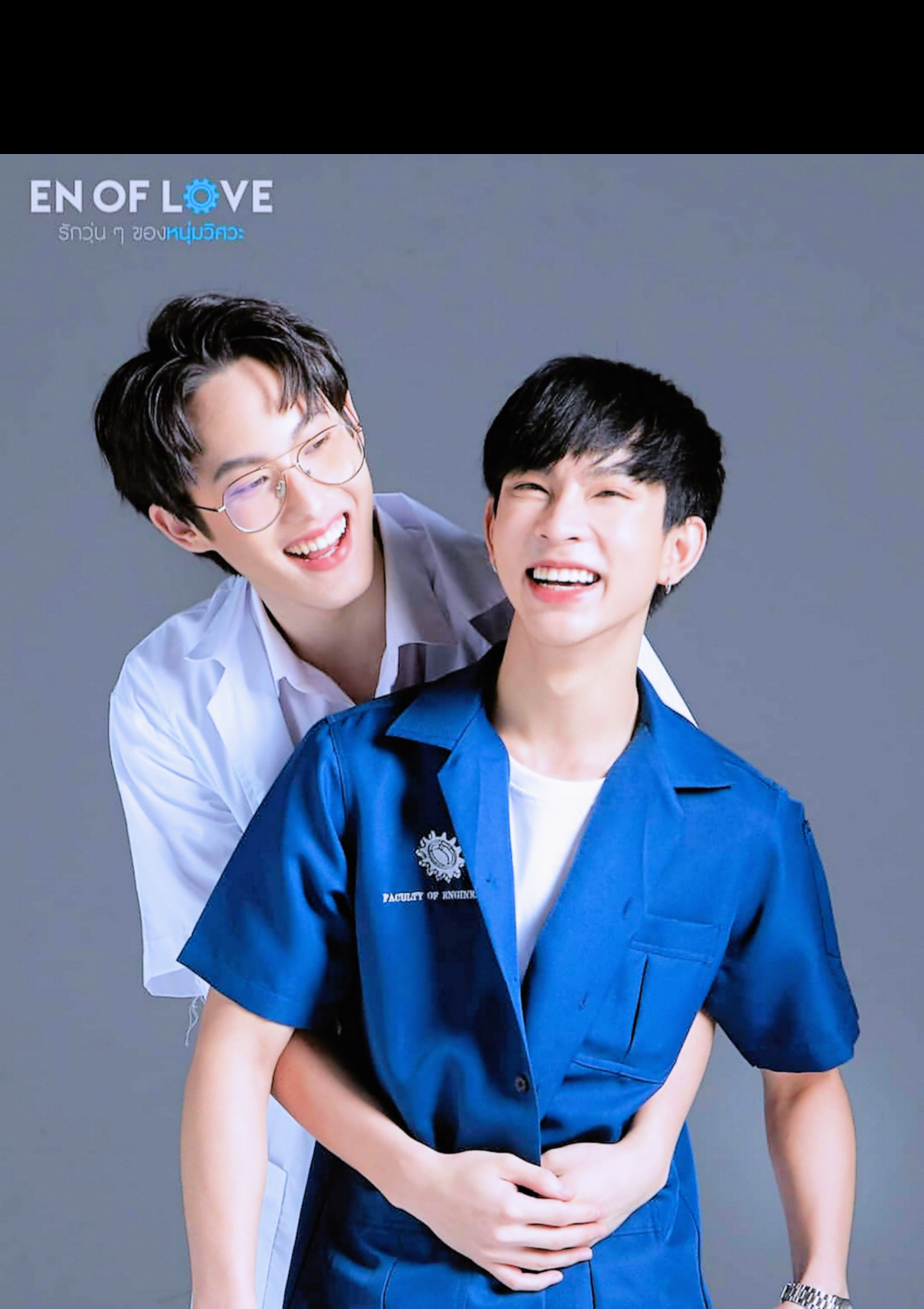 The journey to win the head hazer’s heart continues with more determination and bolder moves in the second episode of TOSSARA. Gun is willing to risk it all to claim the boyfriend title, while Bar gradually embraces the doctor’s existence in his life.

To spice things up, the writers introduce a new character to the storyline, a potential love rival who will put Gun, portrayed by Win Achawin, and Bar’s portrayed by Folk Thitiphat, relationship on a test. It’s a smart move. Otherwise, the story would be as dry as dust.

The second episode of TOSSARA focused on revealing the insecurities of the main leads as they move further with their relationship. Bar is the first to feel jealous of the closeness between Gun and his best friend, Na (Nontawat Kumleung). Apparently, they’ve gained some popularity as a ‘pair’ under the name GunNa. Aware of Bar’s feelings, Gun tries to convince the senior to ignore others’ opinions about them. He stated clearly that the most important thing is his feelings towards Bar;people may oppose their relationship, but his heart belongs only to Bar. Gun even comes up with a couple name – TOSSARA – which means Tossakan, who belongs to Sarawut.

However, Gun isn’t the only one who has devoted admirers. As a head hazer himself, Bar holds a reputation as the most popular engineering student, gaining him a significant amount of followers. Mark (War Wanarat) – a junior at the faculty and swimming club – appeared as the most tenacious in expressing his fondness for the senior. Knowing the situation, Gun feels the urge to show his possessiveness over Bar. Hopefully, it’s enough to keep Mark away.

However, Mark is a strong-willed person. Since the status is unclear between Gun and Bar, he thinks he still got the chance to win over the head hazer Bar’s heart. Clueless of Mark’s feelings toward him, Bar still acts friendly to his junior, which provokes Gun’s temper. With the help of his engineering gangs, Bar attempts to reconcile with Gun. He makes it crystal clear that his heart is leaning toward Gun.

After sorting out their problem, they end up staying together (just sleeping in the same bed) in Bar’s room. Gun takes his chance to make it official by asking Bar to be his boyfriend. The latter isn’t quite ready for that kind of relationship; he gently refuses the proposal. But Bar promised Gun that he is the only person that is allowed to court him. They make a pinky promise to seal their vow, which is followed by a brief kiss, initiated by Bar, who gets carried away by his feelings.

The episode ends with Bar uploading an image of him and Gun holding hands to his social media after having a silly debate on their first date. It came with a simple yet meaningful statement: “If you want to hold my hand, then just do it.” This statement indicates that Bar is ready to embark on the journey of love with Gun.

I intended to make peace with the scriptwriter, but I can’t. The script remains an issue, and I’m unsure whether or not there’s a cure for it. They begin this episode with an eye-candy moment between Gun and Bar, which ends with the latter shyly admitting his longingness for the junior. Afterward, they surprised the viewers with the maturity of the two main characters in dealing with their insecurities. I’m impressed by the way they solve problems in their relationship. Unlike couples in other series, which usually let their anger ruin the relationship, both Bar and Gun choose to keep it cool. They did show some immature behaviors when they’re angry – which I think is kinda normal observing that they’re still teenagers – but they don’t run away from their problems. They are willing to sit together and talk to each other to find the solution so that things won’t get worse. Very rarely do I see couples doing this, either in series or in the real world, to be honest.

That’s why I think the scriptwriter deserves appreciation for showing the positive dynamics of Gun and Bar in the series. (Honestly, I’m ready to ‘befriends’ him/her at this moment). However, the final part of this episode slightly ruins the positive image that they have built in the previous section. The unnecessary debate between Gun and Bar related to the way they dress made absolutely no sense to me, and it made their characters somewhat incoherent. They can calmly solve bigger problems before, why now Bar must be angry just because Gun put his sunglasses around his neck. Moreover accusing him of revealing too much of his neck, believe me, I can hardly see anything.

The possessiveness that is shown nearly at the end of the episode felt out of place. I think it would make more sense if they put that scene at the beginning of the episode. Thus, they can portray the improvement of Gun and Bar characters, from being childish to becoming more mature. It would bring a more positive note for their character development. I realized they use that particular scene to make the series look more adorable and to add more engagement, especially when combined with the last scene where Bar uploads an image of them to his social media. Even so, it feels a bit disjointed and illogical to me. This episode should’ve ended when Bar initiated the first kiss. Why? Firstly because it’s more surprising. Secondly, it conveys more emotions, which can make the show more captivating.

Constantly, the poorly written script lets the series down. The great acting from Win and Folk, as well as their well-built chemistry, seemed to be in vain. I think I’ll demand a rewrite for this episode.