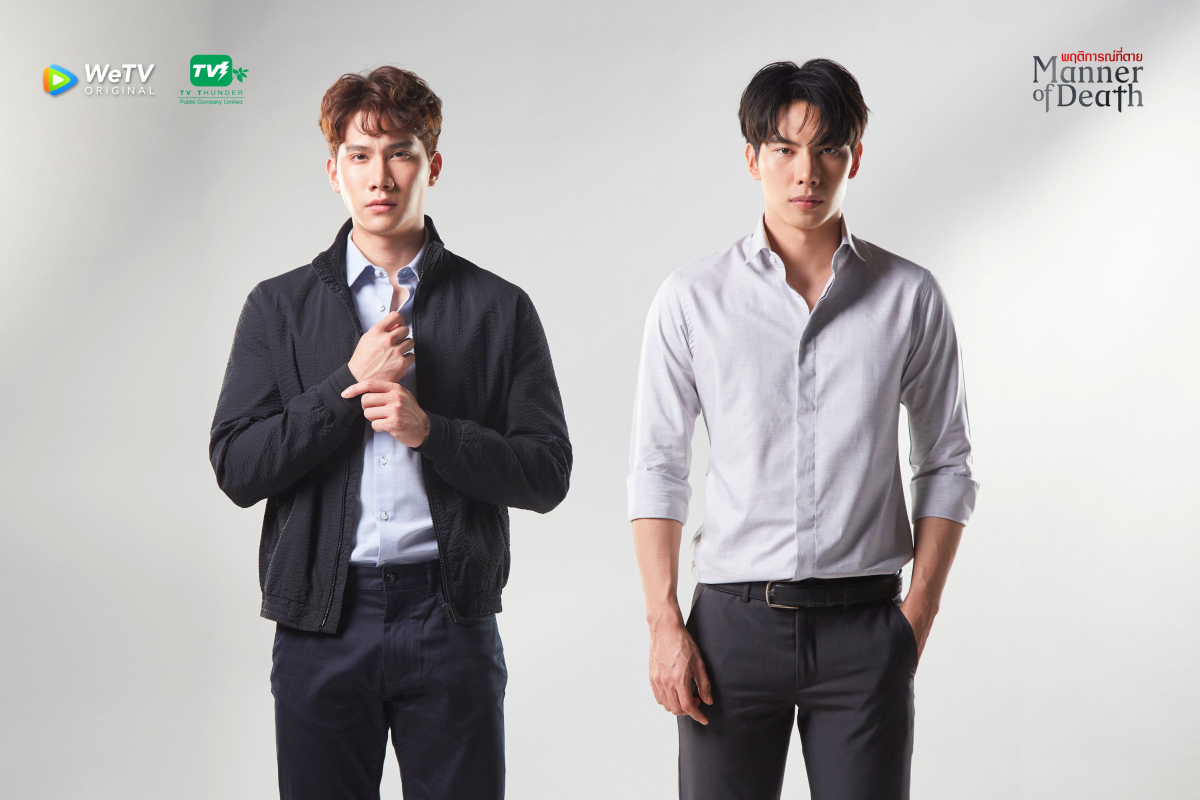 After weeks of speculations and anticipation, WeTV Thailand finally revealed details about their collaborations with media giants Thunder TV, GMMtv, and Studio Wabi Sabi. Truly ambitious, WeTV, which airs in Thailand, Taiwan, Philippines, Indonesia, Vietnam, and India, has taken the mantle of delivering three shows with distinct storylines and an even popular star cast to boast. Let’s take a look at each show and learn more about them.

This show ranks high on the list of anticipated dramas, not only because of it’s unique storyline but also the incredible marketing done by the show’s producers. For weeks, the anticipation was built with possible spoilers by Author Sammon, who gave ambiguous hints regarding the actors selected to play the main leads. Sensual pictures released by Thunder TV added to the mystique. So yesterday, when WeTV Thailand made the formal announcement, fans were delighted. It was a day for celebration! Because MaxTul are the only BL couple, who can truly do justice to the characters Dr. Bun and Tutor Tan and bring them alive.

Dr. Bahnjit is a medical examiner who works at the provincial hospital. One day, the body of a woman who died as a result of hanging comes in, and after carrying out the autopsy, Dr. Bahnjit concludes that it wasn’t suicide but, in fact, a murder case. This fact suddenly makes him a target of someone powerful. As a result of his statement, Dr. Bahnjit has an anonymous man break into his house and threatens him to change the report to suicide.

Dr. Bahnjit doesn’t take this man’s threat seriously until one day, one of his friends, who is a prosecutor disappears. He begins to secretly conduct an investigation of his own to get to the truth — and somehow, all clues lead to a man called Tan as the main suspect. Tan, however, denies everything and instead convinces Dr. Banjit to work together to get to the bottom of this and find the real murderer together.

BL couple Tul Pakorn and Max Nattapol star in the mystery thriller “Together With Me.” Tul will play the role of Dr. Bahnjit, and Max plays his accomplice as well as love interest Tutor Tan. The couple’s sensual and enviable chemistry in Together With Me series made them hugely popular, and fans waited with bated breath to confirm this casting. The show is rumored to have 12 episodes and will most possibly air in November 2020.

Between Us The Series (เชือกป่าน)

The second part of the most anticipated series, “Between Us,” is a parallel story to 2019 hit drama “Until We Meet Again.” While the main leads Ohm Thitiwat and Fluke Natouch were appreciated for their chemistry and poignant portrayals of their characters Dean and Pharm, Win and Team played by Boun Noppanut, and Prem Warut also became a fan favorite. When the series concluded, fans demanded that Boun & Prem get their own separate series with major emphasis on Win & Team’s relationship. Studio Wabi Sabi and Director New Siwaj acquiesced to public demand as they announced the new series based on the popular novel “Hemp Rope.”

Between Us is based on the story of how Win (21) and Team (17) get to know one another through the swim club, and eventually develop a relationship. Their relationship grows as Win helps Team deal with his childhood trauma, and Team helps Win feel wanted.

The third series announced by WeTV in collaboration with GMMtv is “My Gear and Your Gown.” The show is yet another plot involving Engineering and Medical Faculty students like “En of Love: Tossara.”

Dr. Bai is a medical student who has low self-esteem and has given up on love forever. But he suddenly receives a surprise from “Fate.” He meets Brick, the most popular and interesting student in the Engineering Faculty. He is a former rival who returns to keep a promise. The show’s tagline is, “No matter what, my equipment only matches your coat.”

Marc Pahun, who has played Support Roles in dramas like Blacklist and Wolf, plays the main lead, Brick.

Win Pawin, who has worked as Support Roles in popular dramas “The Stranded” and “Bangkok Buddies,” plays Dr. Bai.

Fiat Pattodon plays the Support Role of Peewa, along with Un Napat, who will portray Four as well as JJ Chayakorn, who plays the role of Waan.

Keep watching this space for more updates as we continue to bring you fresh news about these upcoming shows.