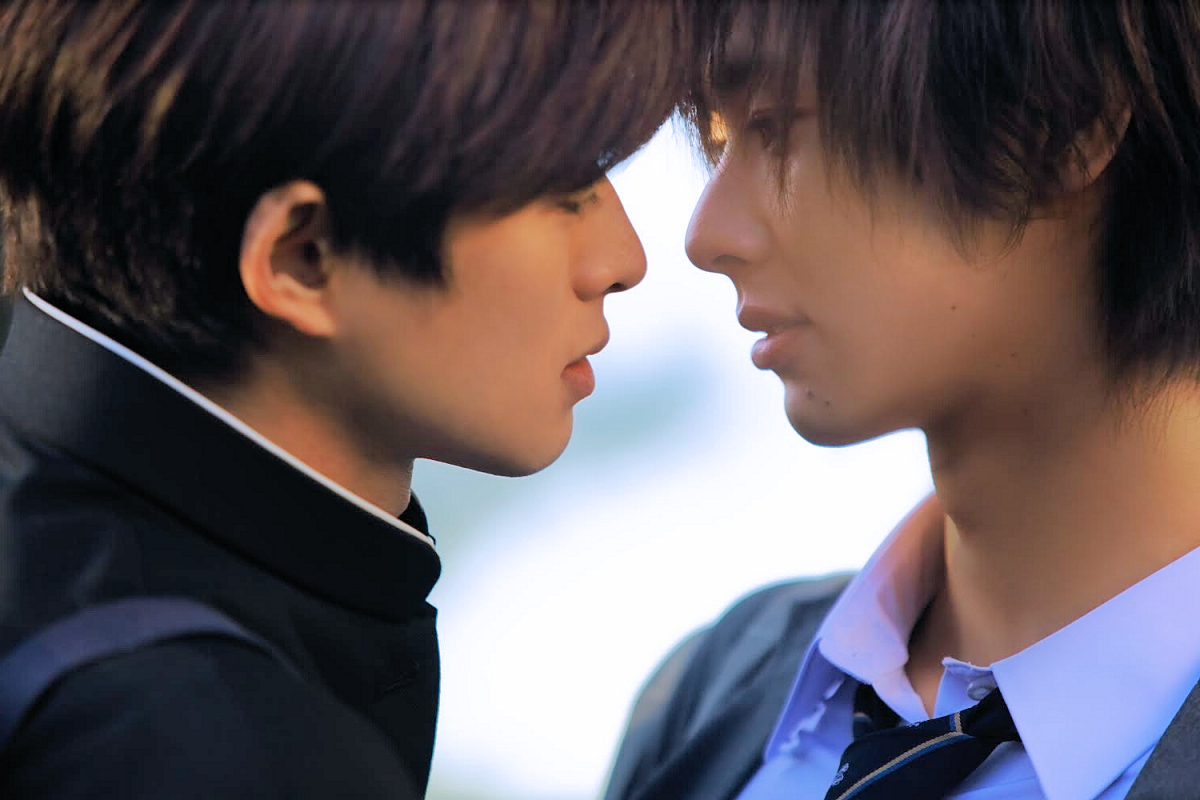 In the first two episodes, we saw Itou & Yuki meet and fall in love with each other, almost like they were fated to be together. After initial years of trying to be in sync with each other and their own desires & expectations, the two have fallen into somewhat domesticated life routines by the age of 25.

We are just little dots that were forced into this world like this,  helpless and lonely. That is why someday we search for another dot to connect with, Someone that we can form a line with and live on…

The show starts with reminding us about Honoka Shiraishi, re-entering Itou’s life as a new colleague at work. She was once interested in Itou during their school days, and Akira rejected her gently. The office people have a welcome party for her where she and Itou catch up on years gone by, and she shares her ambitions in life. Back at home, Yuki falls asleep on the sofa, waiting for Itou to return. When Itou returns, they decide about going for a weekend getaway where Yuki also wants to share something with Itou.

The beach scenes are so pretty and give such a joyous feel as the two feel so relaxed and happy to be with each other and having a really fun time. The sunset adds such a beautiful glow to their smiles, and for a moment, you are lulled into the happy forever feeling.

In their room, as they sit and indulge in stargazing, Yuki marvels about the imagination of the people in the past to make stories about the stars and find shapes in the sky by connecting the stars as dots.  He philosophizes about people being similar dots forced on earth, trying to find a line with which to connect.

When prompted back to reality, Yuki shares that he wants to quit his current job and go back to school to study screenplays so he can write stories from all the ideas in his head. Even if Yuki is the one who is imaginative and seems to be the carefree one, it was such a mature act on his part to ask for Itou’s opinion before taking the step. He is pleased with Itou agreeing with him because he always had been making up great stories. Even though Yuki understands that things might change from that point, he still wishes that they could always have fun like the time when they first met.

Itou finds that he has lost his favorite lighter, probably on the beach, but dismisses Yuki’s offer to go search for it. It seems the conversation with Yuki has made Itou wonder if they will always stay the same, considering Yuki has completely different thoughts and priorities in life.

Very early morning, Itou suddenly wakes up to find that Yuki is not in the room. He searches everywhere, and after a while, when he gives up looking and decides to smoke, he realizes he doesn’t have a lighter, and that’s when he knows where Yuki will be.

Youki is indeed at the beach searching for the lighter, which he finds as we see the sun rising and painting the sky and sea in such rich colors. The smile and the hug that the guys share at this scene might appear filled with love, but somehow, from Itou’s expression, I could see the doubts creeping into his head.

The story jumps three years, and we see Yuki busy with his screenplay writing assignments, which keep him busy at all hours, and Itou seems to be feeling lonely. He thinks back to the beach scene from three years ago and is still wondering if Yuki will always be with him.  The breakfast table discussion about coming out to their parents who are pestering both of them for a bride and grandkids ends abruptly because Itou does not want to reveal his relationship with Yuki.  Still, when Yuki meets his mother, he tells the truth about his partner. With the editing, it seems that at the exact same time in Itou’s office, Honoka confesses to Itou that she is still attracted to him, and asks him out on a date for that weekend.

Yuki’s mom’s reaction to his son declaring his love for a guy is one of the happier parts of this episode. Her reaction was subtle: a slight pause, and then a surprising regroup and reengage, barely missing a beat.  She then starts going on about what a Japanese gay couple can do with affirmation ceremonies, and even adoption. The conversation is really adorable and like a bright ray of light for Yuki. In the evening, while Yuki is eagerly awaiting for Itou to make him listen to the radio drama he had worked on, Itou seems distracted and does not share in Yuki’s joy. We can already see the cracks starting to emerge in this relationship in every moment the guys are together—moments ranging from misinterpreting words, actions, and even making excuses to stay away. While Yuki is thinking of a trip to see the Alaskan Aurora Borealis sometime in the future, Akira only sees reminders of societal pressure to pursue a ‘normal’ life of marriage & kids, making him re-think his relationship with Yuki.

Finally, as seen in the previous episode and hinted by his sister, Itou opts for a safe path and breaks up with Yuki. It was more hurtful to hear the way he justifies the break up to himself & Yuki, completely breaking Yuki’s heart.

He marries Honoka and settles in the same house as he had been living all these years. It felt such a heartless act on his part to simply replace Yuki and his love of the last nine years so easily.

This episode was longer than the previous two, and that was expected from all the events that are covered in this one episode. Even with all this, the pace never feels rushed, or the scenes never look abrupt. There is an easy transition between years 25 and 28 and how things have started to change. Yuki keeps up his cheerful self, but we can feel him faltering at times, confused and flustered by Itou’s cold behavior. We never see him countering Itou for the reason he states for the breakup, and when he walks back on the line they first met, only to find it broken, it broke my heart. This episode was all that I was dreading. Still, I also understand that Itou’s thoughts might be common in a gay relationship where one person lacks confidence and starts doubting if there is any future in continuing. So many relationships fail because of the expectations from parents & society are too hard to ignore by one of the partners. This series of events was a very realistic portrayal of such people, and Shirasu has done justice to this role. The Preview for the next episode hints at Itou regretting this decision, but does he deserve to be forgiven. What has Yuki made of his life after the breakup, and what remains to be seen?

I can’t wait for the final episode to see what destiny has in store for these two dots in the universe.