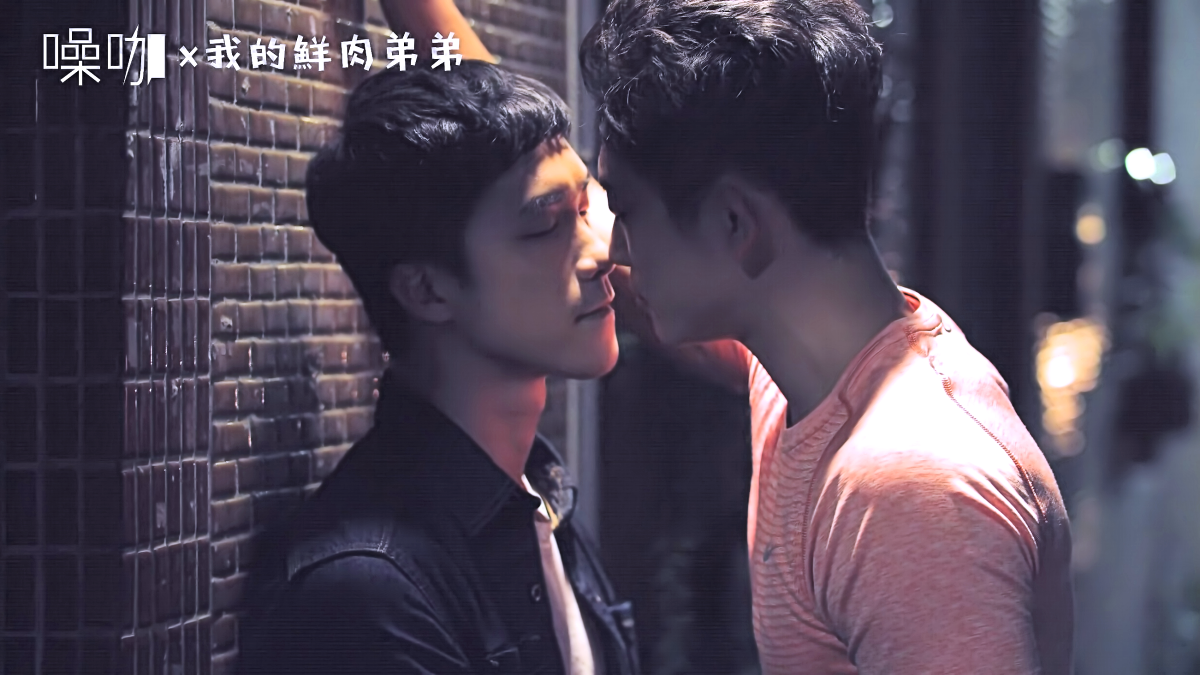 As we delve deeper into the complex relationship that Kary has with her children Amy and Hao Ran, various shocking truths stumble out, and we are left wondering about their dynamics. Each of these characters has a secret to hide, yet they can’t help but get intertwined into each other’s lives. This mini-series is definitely following a different arc, which is pretty exciting to my bored mind that has long outgrown the cliché Engineering Faculty BL dramas.

Kary’s sudden decision to stay with Amy and Hao Ran creates a lot of hilarious situations. They are left at odds on how to handle their frivolous mother who seems hell-bent on poking her nose in every facet of their lives. As both the brother and sister duo tries to navigate through the shark-infested waters without getting caught, we are given a glimpse into Kary’s tumultuous personal life.

Kary forbids Amy and Hao Ran from calling their father. They guess that there is something wrong between both of them. Kary brushes off their concerns and goes to sleep. On the other hand, Wyatt has the same doubts about Kary and discusses it with Erica. She asks him not to poke his nose in Amy’s parents’ issues and instead concentrate on Hao Ran. Wyatt is shocked that she knows about his apparent interest. He is apprehensive because Hao Ran still has feelings for his ex-boyfriend. Erica asks him not to give up yet and keep trying hard.

Next, the scene shifts to Wyatt, and Hao Ran taking a walk. Wyatt pulls Hao Ran closer, and they kiss. That’s exactly when Wyatt wakes up from his dream. He has a smile on his face as he goes about with his morning chores.

Amy is fast asleep as Kary barges into her room to wake her up. She has doubts about why Amy is sleeping so late on a workday. That instantly wakes Amy, and she rushes out, saying she is running late for work.

Amy shifts base to a cafeteria and is searching for jobs. A very handsome guy walks and is intrigued by her. He approaches Amy and sits beside her. But just then, another girl rushes in talking to him, and Amy misunderstands the situation. She leaves to let the lovers have a private talk while the handsome guy is confused about what is happening.

Kary goes to the gym, where she meets Wyatt. He asks her to check out the equipment. As she takes a stroll, she sees a girl using a treadmill happily, fiddling with her phone. She inquires about it, and the girl introduces her to the social app Tinder. When Wyatt walks in, he is surprised to find Kary chatting with the young girl and warns her about using the app. Kary, however, brushes off his concerns saying that she doesn’t have any money to get scammed. She returns home and asks Erica to help her take beautiful pictures. Kary would make such an interesting character if she weren’t so homophobic.

Hao Ran opens his locker to find his favorite drink inside. He assumes that Nick left it for him as a way of apology. Wyatt walks in as Hao Ran is having a bath while humming happily. He inquires why Hao Ran is so happy. Hao Ran talks to him about Nick apologizing to him. Wyatt isn’t convinced, and Hao Ran tells him about finding his favorite drink in the locker. Wyatt is dejected and asks if Hao Ran still likes Nick. Hao Ran replies in the affirmative, and Wyatt visibly  deflates.

Amy has taken up a new job. She dons a bunny costume and is selling coupons when she chances upon her mother sitting in a park. She hides before Kary recognizes her. Just then, a stranger approaches Kary and flirts with her. Amy is taken aback and tries to fend him off when he tries to steal Kary’s handbag. Amy chases him away, but in the struggle, her face is revealed. Kary is shocked and asks her why she isn’t at work. Amy is, however, more concerned about the fact that her mother is approaching strange guys for a date.

Kary and Amy are back home and still arguing. Amy tells Hao Ran about how Kary got scammed while Kary is insistent on knowing why Amy wasn’t at work. Hao Ran can’t take it anymore and tells them to sort it out. Kary keeps bickering as usual, and Amy bursts out, saying that she got fired. Amy gets emotional while accepting that she worked diligently, and yet she was fired.

The next morning Kary cooks a scrumptious breakfast and tries to apologize to Amy. However, their standoff continues, and Erica gets caught in the crossfire.
Amy walks into the same cafeteria and orders coffee. She is about to pay when the barista informs her that someone has opened a tab in her name and paid in advance for her daily cups of coffee. Amy is pleasantly surprised.

Hao Ran yet again finds a drink in his locker and decides to message Nick. Nick asks him to come over to their apartment. Hao Ran rushes their thinking about reconciling with Nick. But he is heartbreak when Nick has packed all his belongings. Nick packs him off, saying that he has a new boyfriend.

Hao Ran is taking out his frustration while Wyatt suggests that he should think about Nick and punch even harder. Amy is taking a stroll with Erica and talks to her about the handsome guy she saw yesterday. She would be in two minds if he were the same person who paid for her coffee. Just then, the same guy walks by, and on seeing Amy, he waves at her. Amy is totally embarrassed by Erica’s over-excited squealing and pulls her along. likes guys.

Nick is exercising at the gym when Wyatt keeps interrupting him. Finally, he figures out that Wyatt is standing up for Hao Ran and taking revenge. They both argue, and Nick warns him to let him go. Just then, Kary walks in and watches from a distance. She asks another trainer who’s present, and he explains that Wyatt was standing up for one of the other members. Kary is impressed. She walks up to Wyatt and asks help for finding an exercise partner. Wyatt suggests that she should join Hao Ran.

Kary meets up with Amy and is surprised that she is still angry about their arguments. She brushes off her concerns and starts her inquisition about Hao Ran’s love life. Amy is alarmed and warns her mother to stop antagonizing Hao Ran by setting him with other girls. Kary retorts  that she is just trying to understand Hao Ran.

Hao Ran is the restroom when Wyatt back hugs him, and eventually, they kiss. Just then, Kary walks in and screams. She angrily shouts at Wyatt and tells him to stay away from her son. She also repeatedly screams that her son isn’t gay. With that, Kary wakes up from her nightmare. She is all sweaty and confused about why she has such a bad nightmare.

While the initial episodes were hilarious and light-hearted, the following ones strongly focus on the inner struggles that Kary and her children are facing. Kary is definitely hiding a secret that involves her relationship with her husband. When Amy catches her on a blind date, she tries hard to shift the focus from her own issues to Amy’s joblessness. Amy, on the other hand, is despondent about being fired despite her work experience.

Hao Ran’s story is on a whole different level. The poor guy is primarily stuck between his warring mother and sister while trying to sort out his personal issues. I actually feel sorry for both Hao Ran and Wyatt. Although Nick was never serious about him, Hao Ran seems to have deep affections for his cheating ex-boyfriend. He is a good guy, but it’s unfortunate because he fell for the wrong guy. Wyatt, on the other hand, shows the strength of character and is impressive. In most of his scenes with Kary, he is respectful despite her constant flirting. Although he is hurt watching Hao Ran moon over Nick, he still supports him. I’m hoping that these two get their Happily Ever After, and Kary is accepting of their relationship.