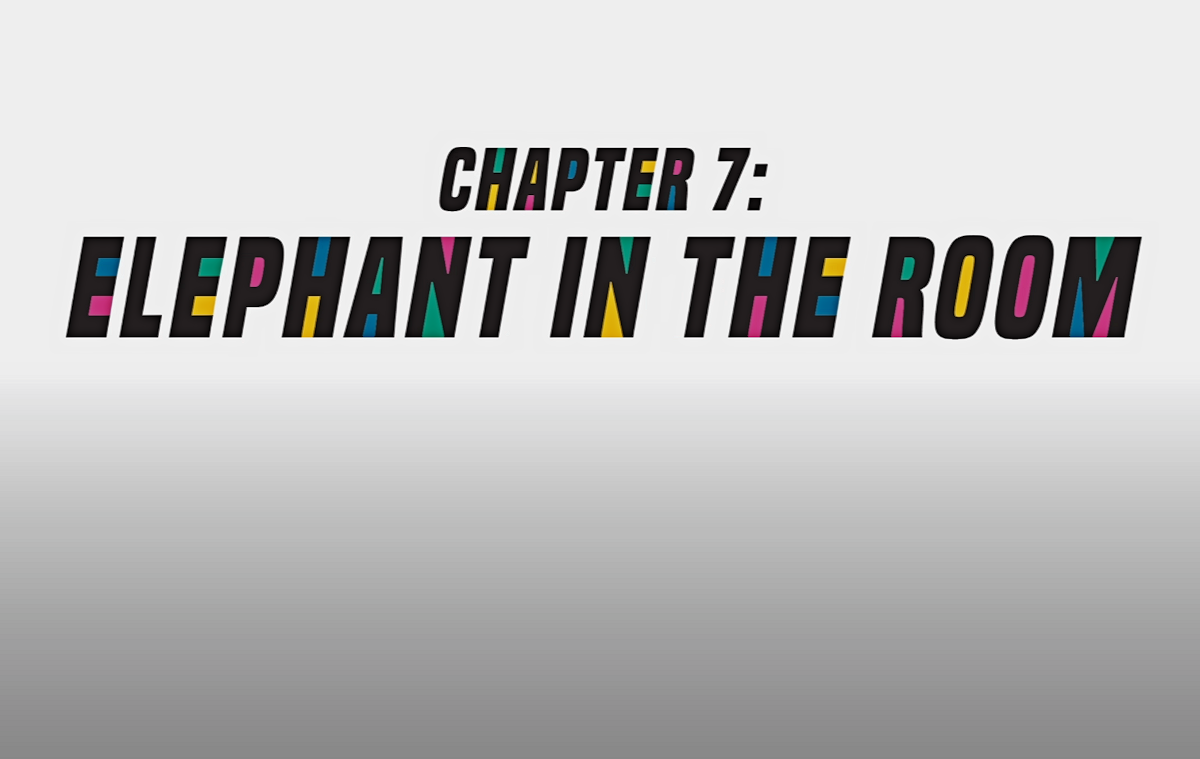 At the end of Episode 6, we saw Terrance plead Gav to return to him. When nothing else works, he puts Cai on the spot by asking if he even likes Gav. Though Gav had earlier mentioned that they are not in a hurry for being a couple, he does look expectantly at Cai.

Episode 7 starts with the same scene as above – Cai looking like a deer caught in headlights, Terrance acting crazy drunk, and Gav so panicked about Cai’s answer. Finally, Gav opts out of the call by declaring that Cai’s answer does not matter, and he has made his decision (I think it was in reference to both the guys).

When Pearl calls Gav to ask what happened in the earlier call, he admits that he did not want to wait for the answer because he was scared of being rejected. Pearl is all set to make fun of Gav because she feels she hasn’t seen Gav react this way. Supposedly Gav always made excuses not to kiss Pearl when they were dating briefly until he established for himself that he is gay. Pearl & Gav’s friendship and the comfort with which they can laugh while discussing their past is worth being jealous of. But it is not all laughs when Pearl calls; she is also the sounding board and voice of reason for Gav.

On Cai’s end, his mother is preparing his uncle’s condo for Cai’s dad to stay when he is released from the hospital and has to be in isolation. This news cheers Cairo up big time, and he seems more carefree and happy when he joins Virtual Party set up by Pearl along with Gav. Cai & Pearl dressed up in their best for the party while I suppose Gav looks dashing as it is, no matter how he dresses up :D.

Cai looks really happy in this call as he shares the news about his dad’s return and him having a haircut because his dad doesn’t like messy hair. In an earlier episode, Cai had mentioned that he usually eats alone, and he sounded so lonely, but this effort from him and the joy he expresses shows how much he loves his father.

The virtual party is a really sweet, happy & fun call between the three leads – celebrating Gav & Cai month anniversary, or just Cai’s dad’s news or as an excuse to dress up and just dance the pandemic away. There is such a bright feel to this scene, and the whole conversation feels so good. Even when Pearl narrates the story of the last ex of hers whom she met online and then realized that they had no chemistry when they met later, it was a very cute funny scene with Cai lost in the story, and Gav is trying to stop this train wreck hitting his relationship. [It doesn’t work on Pearl, though. That Girl loves to talk]  Only at the last minute she realizes that she has scared Cai against online relationships.

The harm is done, but to fix it, Gav sends some inspiring stories of couples who met online and are doing great, to Cai. Cai’s call to Gav is so funny because Cai shows the curious and shocked reactions so well to Gav taking the call while in shower. Once Pearl comes back to her senses, she can’t believe she said all that on last night conference call while Gav is, as always, annoyed with her for one reason or another. In reality, he is just scared to lose Cai and needs all assurances that he has a chance in this relationship. Pearl very accurately reminds him that at the moment, Cai has a lot going on his family end, so this relationship might not be his priority, and so Gav needs to be patient.

While watching a movie together, Gav & Cai discuss if it’s possible to love someone from a distance, and the conversation leads to Gav saying that as a result of COVID when he finally meets Cai, he would probably be so glad that he would end up crying. I felt this is such a  universal feeling for many who are living away from loved ones right now. The movie and the conversation are dropped as Cai needs to call his brother. His brother is upset at that moment because he had just heard about their father not doing too well. While he is venting his anger, it is revealed that the cause for their father to be infected by the virus because he had to leave the house to look for Cai, who had run away. Cai’s guilt and his worries finally are revealed in this scene, though much still stays hidden.

The call from his brother made Cai cry his heart out, and he goes down memory lane, looking at all old IG stories related to his father. He is not yet out of the mood when Gav calls him later. Before he could tell anything to Gav, Cai gets the call from his mother to tell him that his father has passed away. Both the calls are still on – Gav with Cai on video & Cai with his mother. Cai breaks down, but it is not just his tears that made me cry but the silent understanding tears from Gav who wants to be with Cai at this moment, but Cai hangs up. The show ends with a piece of really sad music that would keep the tears flowing for a few more minutes, even when the episode ends.

This episode is made to mess up with the viewer’s emotions. The episode will make you smile, lulls you into a sense of normalcy (whatever it feels like with lockdown), give you dread of the upcoming doom, but before that hits, it will not spare stabbing you in the heart by giving a glimpse of the events that led to Cai’s father death. For me, the biggest pull into the series every week is the ability of the show to look & feel so real. Every conversation, every action online, every expression is so spot on and so real. The story moves between being serious, fun, casual, connecting family members, friends, lovers all in a span of 20+ minutes so seamlessly that I literally had to rewatch to make sure all this happened in a single episode.

There is nothing to stop the smiles that Cairo’s expressions and Gav’s flirting will bring out. But then the tears will also come with the same intensity. There is still a lot of unraveling with regards to Cairo, his issues with the family, what exactly happened that caused so much trouble in the end. I do feel it has to be about his sexuality and his own fears around it that make him run away from his family. His brother’s anger was not to guilt trap Cai but his honest feeling about whatever happened to the family.  Cai’s conversation with his brother & mother is not going to be easy; I can already foresee. Cai’s grief, for now, is going to make me tear up for the next few hours.