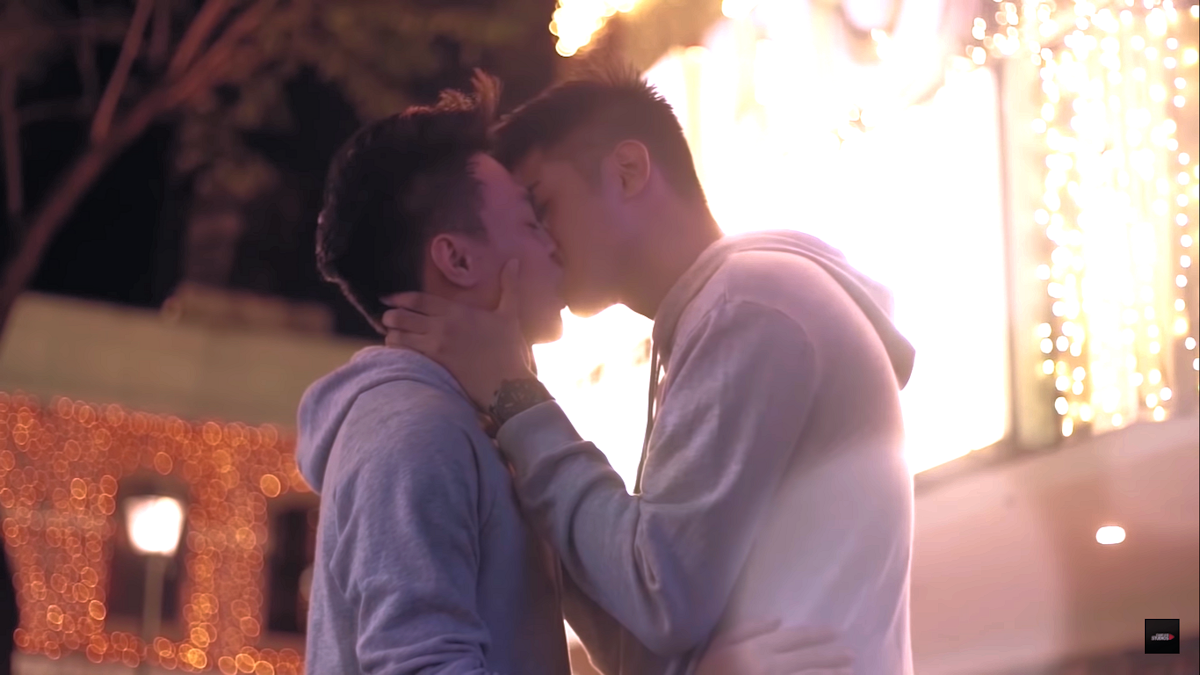 A Journey to Find the Courage of Living Life

Life is a tricky game to play with many uncertainties, making it difficult to determine who’s winning and losing. It’s a series of making decisions from time to time without the certainty of where the path will lead us. Although it’s hard, life is meant to be lived with courage and kindness that will bring a little bit of happiness in our journey to find the purpose of our existence.

Ram and Migo’s journey in #InfluencersTheSeries is a timely reminder of the constant struggles to find what we call the “happily-ever-after.” The two young influencers known for their influential social media content are the epitome of lost souls who always question their existence in this damned universe. And just like them, all of us are on a continuous journey to search for the true meaning of living life. This shared story between the characters and the viewers is the main reason that makes #InfluencersTheSeries hold a special place in its viewers’ hearts.

As for myself, the journey with #InfluencersTheSeries wasn’t as easy as I thought, yet it was a memorable one. Being a fanatic supporter of Chasing Sunsets, the previous work of Camp Avenue Studios, I have high expectations for #InfluencersTheSeries. I want it to have the same vibes as its predecessor. However, we don’t always get what we want in life; the series gave me a totally different feel, which, honestly, I wasn’t ready to accept. The pilot episode came on strong, with so many critical social issues being tackled in just one episode, and it hit the targeted viewers directly. However, the second episode felt a bit off to me; it felt like something was missing. And for a split second, I thought this wasn’t the Camp Avenue Studios that I know.

Well, I forgot that every series has its own purpose and uniqueness. Even though it came from the same production company, as a viewer, I should realize that I can’t watch #InfluencersTheSeries using the same glasses as I did with Chasing Sunsets. I need to give them the benefit of the doubt and the opportunity to explore different filming styles, which will help them grow. Only after I decided to accept #InfluencersTheSeries as it is can I appreciate the series better. And you know what, the following episodes start to catch up with the perceived shortness of the first two episodes; the story becomes easier to follow, and the acting by all the cast shows a significant improvement, making the series more enjoyable. This experience reminds me of life itself, where most of the time, our expectations are holding us back from happiness; maybe if we can keep our expectations flexible, we can enjoy life better.

Even though #InfluencersTheSeries was written in a different format – more like a sitcom where you actually can watch each episode without watching the previous one – some of Camp Avenue Studios’ trademarks remain. Firstly is the cinematography. The series spoils our eyes with many breathtaking sceneries that are easy on the eyes and give us a warm feeling inside. I greatly enjoy their efforts with outdoor scenes, especially those that feature the cotton candy sky; it’s so beautiful and helps reduce my longing for travel. Kudos to the trio, Dindo, Tonet, and Jonathan, who have worked hard to make the series even more compelling to watch through their fine aesthetic with cinematography and editing.

The other trademark that remains is the element of surprises in the story itself. We can’t be sure about what’s happening in the series because there will always be a shocking revelation that turns our world upside down. Although I’ve experienced this before with Chasing Sunsets, I still find myself gasping when watching several scenes of #InfluencersTheSeries — especially Episode 6, which is the beginning of the reverse storyline. I salute Camp Avenue Studios for their success in “fooling” the viewers; it’s indeed a smart move!

On top of that, the highlight of #InfluencersTheSeries is the script itself. Stephanie-Rose Quiros, the scriptwriter of the series, has again shown her prowess as a profound writer = one who is in full control of the creative process. She can find the balance in combining the social-political issues and each character’s personal turmoil into a coherent plot. In my opinion, what makes #InfluencersTheSeries unique is the honesty of the story itself. I can genuinely feel Stephanie’s sentiments in this series, and watching it feels like I’m having a conversation with her over a cup of coffee or some bottles of beer; it’s raw, and it’s sincere. And for that reason, I would like to congratulate Stephanie for her extraordinary skills in writing a story that speaks to its viewers. Steph, thank you for sharing your personal story; we will treasure it.

On the other hand, I would also like to applaud the director of #InfluencersTheSeries, Renz-Bhil Tugelida, for his exceptional skills in translating the script into a very well-thought-out visual. It’s not easy to turn complex narratives into a motion flow that is as moving as the story itself. Yet Renz has succeeded in doing so – he conveys the story’s whole message within limited airtime through the proper usage of symbolism, which enables him to give justice to the script. Furthermore, that symbolism helps me understand the story better and provides the series with more nuance and depth.

As for the actors’ performances, in my opinion, all cast members have done a great job of portraying their characters. They showcase a wide range of emotions, and the chemistry between them is believable, especially the main leads, Chollo Sotiangco and Leon Eustaquio. Their intimate scenes are easy on the eyes and can definitely give you all the kilig (an excited feeling caused by the scenes’ sweetness)! Thus, congratulations to both main leads for their strong performances. However, the cast members that impressed me the most are Denjo Jose, who portrays Andrei Mayormente, and Kevin Alejandro, who plays Josh Martinez. Their characters started off as the team’s goofballs but ended up giving me the most unbearable heartbreaking scene. And it’s pleasing to see the improvement and character development throughout the series, which shows that they become better at their craft in the future.

#InfluencersTheSeries isn’t without flaws. Some technical aspects, such as audio and editing, can still be further improved to enhance the quality. But considering the budget and workforce, I think Camp Avenue Studios has done a remarkable job in creating a series that’s not only entertaining but also can give valuable life lessons to its viewers. Well, a story that can touch its viewers’ hearts will always be more enjoyable than a good quality movie with a lack of feelings.

After all, I enjoyed my journey with #InfluencersTheSeries as it feels like living life itself, where I learn to accept unpredictable situations that could happen anytime.  But most importantly, the series has reminded me once more that we are the owner of our life; we are the one who has full control of how our life will be in the future. By having the courage to take risks and making conscious choices, we can have the “happily-ever-after” that we’ve been longing for.

Thank you, #InfluencersTheSeries, for being part of my journey in finding the courage to live life. I’m forever grateful for the friendship that you offer to me. I wish one day, we can all gather together under the night sky, and let’s all be damned in this Universe!

“Celebrate life that is deserving, for a love that is freeing.”