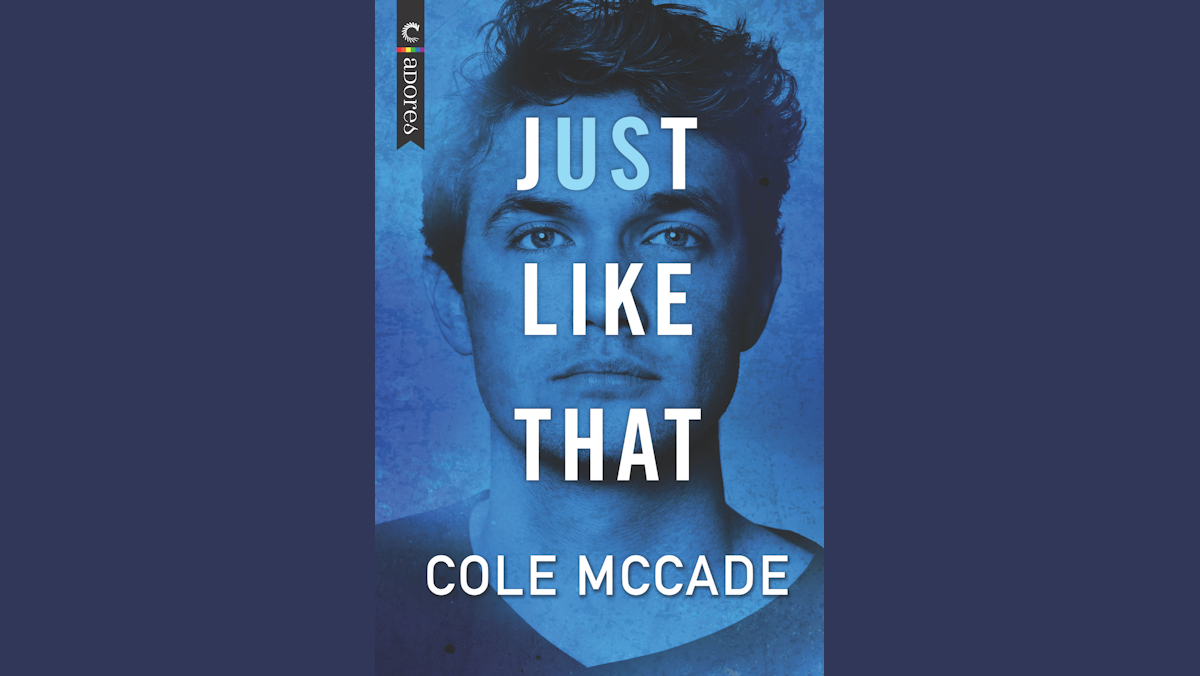 He loved this difficult, strange man of subtle whims and irascible tempers, this quiet creature who tried to be a statue of graven stone but was instead all steel and sharp edges, and every time Summer’s heart bled with the cuts it only filled that much deeper with the slow-growing love he hadn’t even realized was creeping up on him with every day, every kiss that made him hope more and more that Fox could ever…Could ever feel something for him

Cole McCade is one of my favorite authors, and I always wait with bated breath for the next release of his ongoing thriller series “Criminal Intentions.” So when I realized that he had recently started off with another book series, I knew that I had to read the book. I was equal parts excited and anxious. I was excited because McCade had a new series out and anxious because I wasn’t sure if it would be as good as Criminal Intentions is. After weeks of putting off, I finally decided to read this book, and McCade certainly blew my mind.

While in Criminal Intentions, he has established a world with a rampant serial killer on large, in Albin Academy McCade has spun an intricate story of two kindred souls who find their way back to each other Just Like That is the story of how the main characters Summer Hemlock and Fox Ireya rediscover the power of love through mutual understanding and work to break down each other’s walls.

BLURB
Summer Hemlock never meant to come back to Omen, Massachusetts.
But with his mother in need of help, Summer has no choice but to return to his hometown, take up a teaching residency at the Albin Academy boarding school—and work directly under the man who made his teenage years miserable.

Forbidding, aloof, commanding: psychology instructor Iseya is a cipher who’s always fascinated and intimidated shy, anxious Summer. But that fascination turns into something more when the older man challenges Summer to be brave. What starts as a daily game to reward Summer with a kiss for every obstacle overcome turns passionate, and a professional relationship turns quickly personal.

Yet Iseya’s walls of grief may be too high for someone like Summer to climb…until Summer’s infectious warmth shows Fox everything he’s been missing in life. Now both men must be brave enough to trust each other to take that leap. To find the love they’ve always needed…

Storyline
Summer Hemlock is back to his old town, Omen, Massachusetts, after seven years to work at Albin Academy. His excuse for returning home is to take care of his ailing mother. But the fact remains that he is a mostly scared, submissive character, on the search for what he wants in life. Albin Academy is a boarding school for rich kids where most wealthy families dump their unruly kids and wash off their hands. The irony isn’t lost on Summer himself because he is an alumnus and is back to work as a TA under the school tyrant, Professor Fox Iseya. Summer had a life long crush on Professor Iseya but simply can’t get himself to look at Fox.
Their first meeting is contentious as Summer, in a sudden act of boldness kisses Fox, when the latter challenges him to do one brave act. Thus begins the cat and mouse game, where the tables are suddenly turned. Summer grows even braver and demands a kiss daily in return for his one brave act. Fox reluctantly agrees but then discovers that he enjoys kissing Summer far too much that he would have imagined.

Summer keeps on surprising Fox, pushing into his inner boundaries and breaking them apart. Fox, on the other hand, is drawn towards Summer’s innocence and sweet demeanor. Their daily encounters transform into something more meaningful as Summer brings him solace, and Fox teaches him how to be braver. But his late wife’s death keeps Fox from reaching out to Summer or even accepting his own emotions. What will happen when Fox discovers that his feelings for Summer extend beyond unimaginable territory? Will he accept the inevitable or lose his second chance at love?

When I read the first chapter, I was plain disappointed. I’m so used to Cole McCade’s suspense thrillers that his sudden switch to contemporary romance somehow left me bereft. But I was wrong because McCade proved that he is a prolific author who can give his best despite the genre. His style might not be for everyone, but I’m used to the sudden twists and turns he throws out rampantly, and this book wasn’t any different.

I was shocked when the demure Summer suddenly kissed Fox. It’s clear from the initial chapters that Summer suffers from anxiety and is entirely submissive. Fox, on the other hand, is intimidating and someone who should not be trifled with. Their first kiss was unexpected, but it turned the wheels into Summer’s favor. Having repressed his secret crush on the man who intrigues as well terrifies him, Summer grows bold enough to challenge Fox’s boundaries. The ensuing push and pull lead to heightened sexual tension between our protagonists.
Before we proceed any further, we have to understand the characters. Summer left town seven years to search for “answers,” which he never found. His underlying need to discover his limits and exceed them forms a major crux of the storyline. Fox, however, is trapped into a cage of his own failings. He has emotionally closed off himself from the outer world after the death of his late wife, Miyako. The irony of a Psychology Professor being in an unhealthy place is not lost. Counselors are unable to take him out of this space where he has confined himself.

When two people broken in their own ways come together, they form pieces of a puzzle. Imperfect yet perfect for each other! Summer teaches Fox to live his life again while letting go of his past hurt and pain. Fox encourages Summer to challenge himself, and finally, Summer can discover his true passion – counseling. But things come to a standstill when Fox decides to run away for Summer’s own good. It leads to the anti-climatic scene where Summer confesses his love, and Fox, fortunately, finds the courage to accept that love.

Cole McCade’s usual style of writing involves bringing the main characters into a close embrace before breaking them off or throwing them into turmoil. He deferred from the usual for three-quarters of this book. This book was an emotional journey for me. There are so many twists and turns that you can’t help but get entranced. Fox and Summer are invariably flippant. Whenever Summer braves his challenges, Fox switches from dominant to sexy within seconds. Summer, on the other hand, is a bundle of nerves in most situations but flips to flirtatious whenever he is faced with a disapproving Fox. Their relationship changed drastically and too soon, but not without consequences. The surprise package was, however, Summer’s mother, who wholeheartedly supports her son’s relationship with her close friend Fox. Despite the age difference, Summer or his mother are more worried about Fox’s well being than anything else. Overall, I loved this book for its beautiful, stolen moments. There was hurt but also hope trepidation, yet thriving romance. Summer Hemlock and Fox Iseya were meant to be together! Keep watching this space for further updates on the next book in the series “Just Like This,” which will probably release in December 2020.