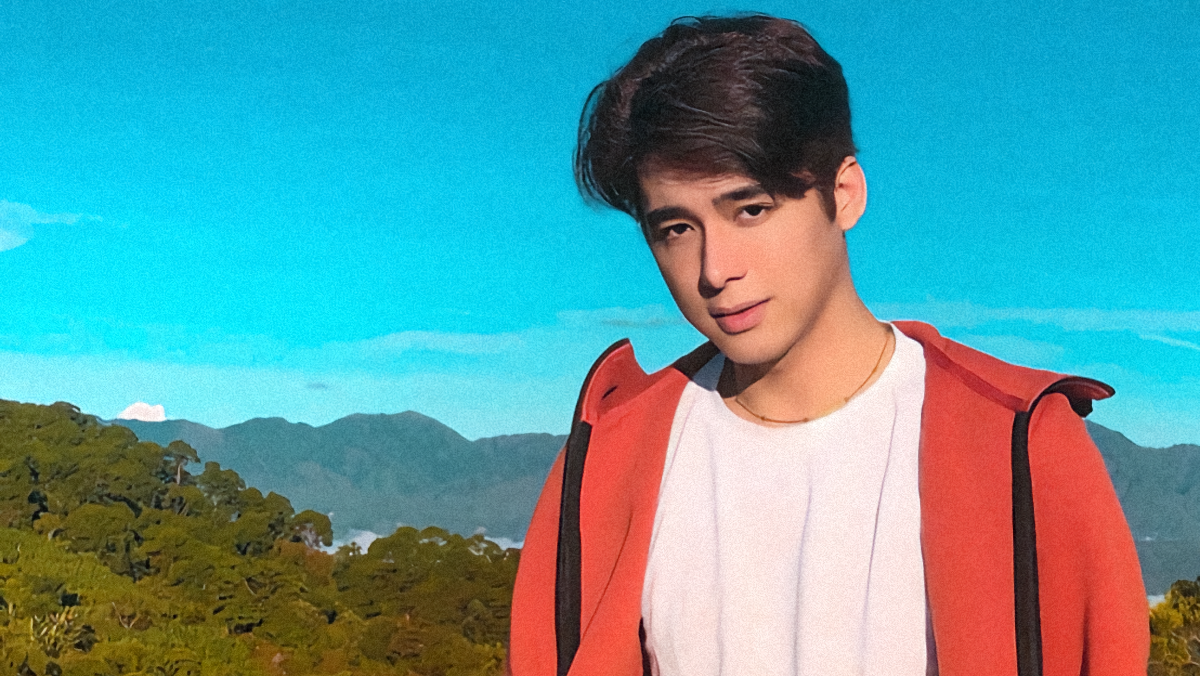 John Carlo “JC” Alcantara was born January 23rd, 2000, in Nueva Ecija, Philippines, and is a Filipino actor and model. He is best known for his portrayal of Mico Ramos in Hello Stranger (2020), a popular Pinoy BL series created by Black Sheep Productions.

At such a young age, JC Alcantara, who just turned 20 earlier this year, has become the breadwinner for his family. During an interview with Stacey de la Fuente from KAMI Philippines, the young actor said that he has gone on countless bus rides from his residence in Nueva Ecija to Metro Manilla, just to secure an audition for TV commercials. After several rejections, he finally landed his first commercial gigs at the age of 16 years old. His success with commercials was very good. One of the first things this young man did after he saved enough money, was to build his family and himself a new home in Nueva Ecija. He said in that interview,

That house we used to have was just patched, galvanized iron. I was seventeen years old when I built the house. I was so brave then – there’s no guarantee that I will make any more money

Since then, his name has risen to even more fame.

Before becoming an actor in a TV series, JC appeared in a TV commercial for the most famous fast-food chain in the Philippines, Jollibee. The popular commercial titled “Kwentong Jollibee: APO” (2017) tells a story about the love and adoration of grandparents towards their grandson. In the commercial that moved the hearts of millions of viewers, JC played as the now-adult grandson of an elderly couple, who is on a trip back home from Manila to visit his grandparents.

Following his appearance in the commercial, JC appeared as guest roles in various TV shows in the Philippines, such as Ipaglaban Mo, a crime drama series, as well as Maalaala Mo Kaya, the longest-running drama anthology in Philippine television history, which started airing in 1991. He also built his popularity as a social media star by joining the TikTok hype in 2018, where he uploaded videos of his dancing and lip-syncing together with his friends.

JC’s big break was when he was cast as Bogs in the TV series, Halik (2018), that premiered on the ABS-CBN channel. In the series, he played alongside Jane de Leon, who portrayed Maggie Bartolome, and Gab Lagman, who portrayed Gio Corpuz. After his successful appearance in the series, he is offered an exclusive contract with Star Magic, a training and management subsidiary of ABS-CBN Corporation, whose charter is to assist young talent in the Philippines to become the next megastar in the showbiz industry. Together with the other 15 talented young artists – one of them is Gillian Vicencio, his future co-star in Hello Stranger – JC undergoes additional training in acting, personality development, and other enhancements before being cast in another television show. Thanks to this experience, JC improved his acting skills and rise as a promising young actor in the Philippines entertainment industry, which led him to his first major role in the history of his acting career.

In 2020, JC landed his first leading role in the popular digital BL series, Hello Stranger, where he costars with the famous Pinoy hunk, Tony Labrusca. The eight-episode series directed by award-winning Filipino filmmaker, Petersen Vargas, tells a story about two boys with completely different personalities that first meet online for a school project but later on develop romantic feelings towards each other. Portraying the role of Mico Ramos, a nerdy student who focuses solely on his grades, JC has captured viewers’ hearts with his angelic smile and comical expressions.

Paired with Tony Labrusca, who has more experience in the entertainment industry, JC seems to be undaunted by his co-star’s charisma and popularity. Instead JC remains true to his character. He knows for sure that his charm comes from his sweet appearance and lovable personality. Through regular interaction with his followers on social media, JC has charmed many BL lovers with his sincere friendly attitude, which is not merely fan service. Since the premiere of Hello Stranger until now, JC has gained a significant number of new followers on his social media, as well as devoted fans who want to protect him from the heartbreak caused by the Hello Stranger character Xavier, the hot basketball player.

On the other hand, his performance on Hello Stranger also has gained him more popularity in the entertainment industry as many people praise his remarkable personification of Mico’s character. JC has effectively interpreted Mico’s feelings and thoughts about his budding relationship with Xavier, as well as showing undeniable chemistry with Tony. His successful performance in Hello Strangers makes him one of the rising stars in the Pinoy BL industry, as well as gaining him an exclusive contract with Rise Artist Studio, which will surely open the door to a world of opportunity.