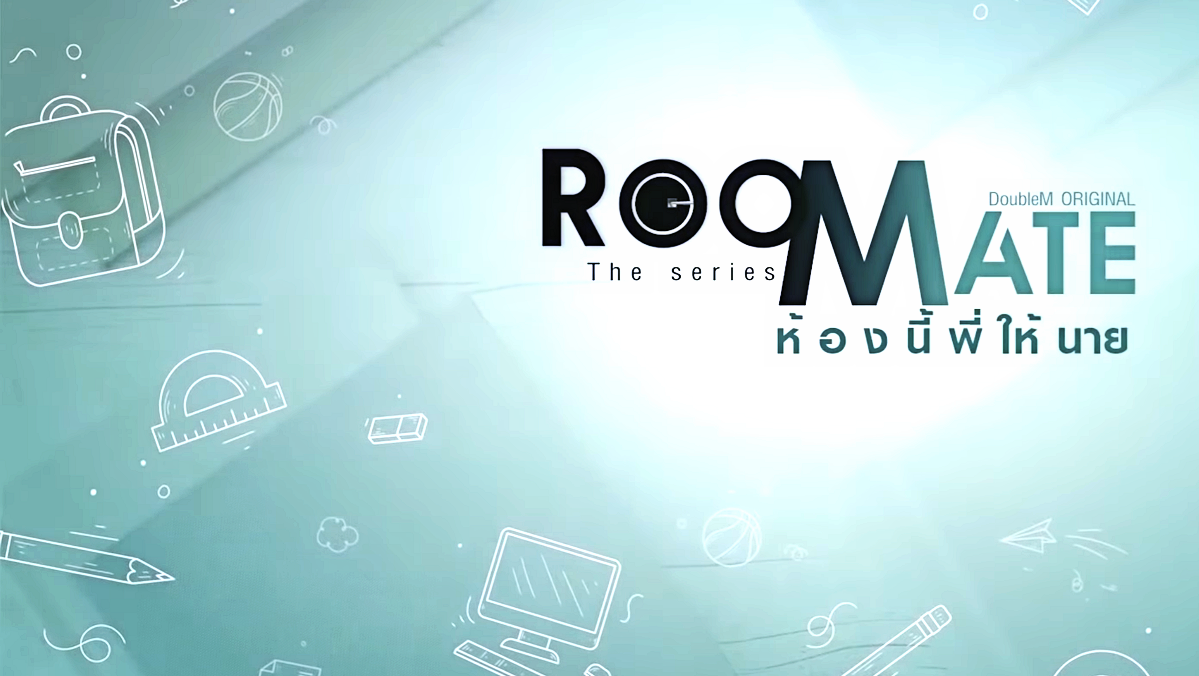 When a stranger comes to the same room. Unintentionally, how will the story of two boys be?

“Roommate the Series” premiered on July 29th, 2020. The show airs Wednesdays @ 9:30 PM (Thailand Time) on their official YouTube channel with English Subtitles. The show features a cast of mostly newcomers, Roommate the Series focuses on the trope of “strangers forced to be roommates – becoming lovers.” Main characters of this Thai BL are James, played by Game Chusak Thu-Naa and Sky, played by Golf Trithep Krungsrimuang.

James & Sky’s mothers are close friends, so when Sky joins the same college as James, and the mothers decide that the boys should stay together. The first episode covers James & Sky settling into a comfortable routine with each other. While Sky appears to be really shy, James is confident and more caring of the two. It’s a fresh take on the forced roommate trope that both the boys, even if for the sake of their mothers, are very friendly and accommodating to each other.

There are a lot of moments that force them to be in very close proximity to each other, sometimes hinting to growing attraction, but so far, we do not have any clarity on James’ attraction to a partners sex while Sky does appear to be gay. This fact is confirmed by his best friend Maprang to James’ best friend, Smile. The two ladies, being the typical loud YAOI characters in the show.

Sky doesn’t share his birthday with James, but he does dream of his dad the previous night and wakes up, cuddled by James because he had been crying in his dreams. He reveals to his friend that his dad died on his birthday, and perhaps that is why he doesn’t celebrate it. Maprang does manage to have James deliver breakfast for Sky in her room, which definitely makes his day. But later at home, Sky waits for James to return home, and it annoyed when James returns very late. It is a little awkward moment for both who do not even realize why they were yelling at each other out of love & care.

The official MV for the series is already out on YouTube, and it has a happy vibe to it.

My Thoughts on This Drama

I am surprised that there is not much promotion of this show, even if it seems to be a little low-budget, but the production is decent. It might have a lot of clichéd scenes/plot lines, but the lead actors are really good. Both are quite sweet, charming, and very convincing in their respective roles. There is not much to go on about the story in the first two episodes, but they did manage to introduce us to the characters and the setting for the story. Both appear to be quite mature and sorted by their behavior, with Sky looking so cute whenever he thinks of James. The feelings are totally there in his heart, so I am now interested to see how the conflict is written into this story and how it is resolved. Even within clichés, there seems to be a lot of potential in this series. It definitely can be a cute binge-worthy short drama once it ends.

And now to things I did not like – the female characters. From the first scene, I found them so over the top (not needed) and how could Maprang reveal Sky’s secret like that? Even if Sky is out with his gay identity, he has not shared it with James for whatever reason – maybe his mother doesn’t know, or he is scared of James’ reaction. It is totally unacceptable what Maprang did. I also felt that while the interactions between the lead characters are well done, the rest of the plot in the second episode had a lot of inconsistencies. I really hope they focus on this aspect in the next episodes and manage to deliver a better one with each passing week.