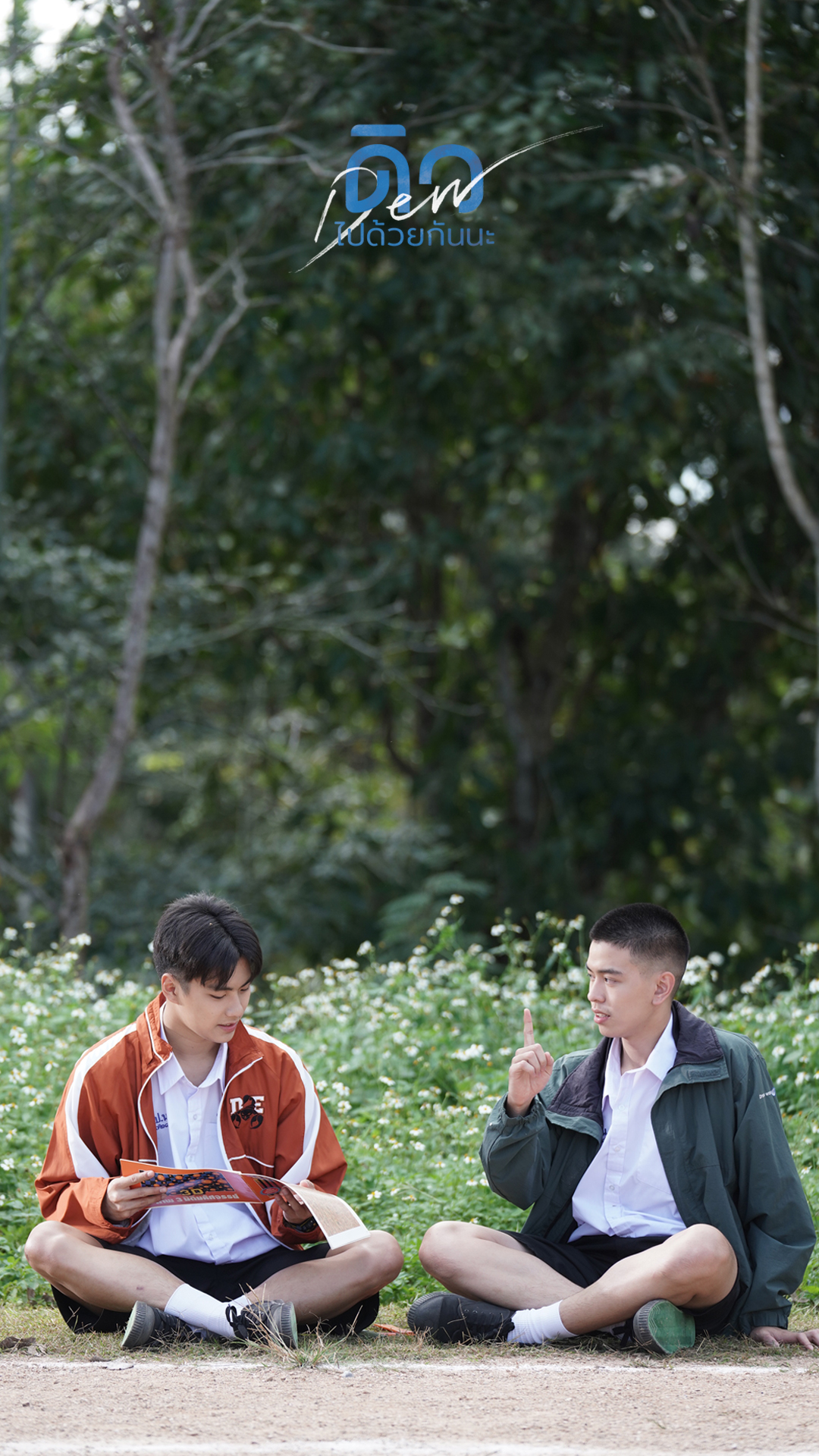 Dir. Ma-Dew of The Love of Siam and Home fame reprises his cinematic magic in Dew (Let’s Go Together). The flick is a sentimental and romantic drama about two young boys set in a not-so-friendly times for people of ‘their nature’.

The film which runs more than 2 hours, stars Ohm Pawat in the title role and Nont Sadanont Durongkhaweroj as Pob.

There are several themes or issues that the movie tackles and it succeeds in most of them. Among the most relevant are:

I don’t usually read movie reviews and feedback especially so when I really anticipate a movie. My guts told me Dew will be a good one and I was right. There are plenty who criticized the ending, but like Grey Rainbow, I don’t think they appreciated incorporation of the symbolism within.

Why is Dew hated by the gay boys? This is one of the common queries. The effeminate boys who were forced into training resent Dew because deep inside they know he was also gay. Thus, when their relationship became the talk, even the straight boys hate Dew out of their sympathy for Pob.

The acting is a highlight of this film. As of this writing, Nont has already won a Best Actor award from a minor organization in Thailand.

Nont Sadanont plays the local boy, Pob. He’s straight-forward, conveys himself quite well via his facial expressions. He is obviously intimidated by his Dad yet found his voice when he began to get intimate with Dew. He’s generous with his love for the other boy and is willing to sacrifice himself out of love. Sadanont – for a relative newcomer – matches Ohm Pawat scene for scene. He is more subtle with his acting as required by his character, but equally effective.

Ohm Pawat – definitely one of the best young dramatic actors working today – plays the loud and enigmatic Dew. He is a city boy thrown into a provincial setting out of duty. His Mom is a public servant and they are expected to switch places as her job requires. He has an assertive nature and his relationship with Pob becomes volatile out of his selfishness. Yet his efforts show how sincere he is with pleasing Pob.

Now, where did the movie go wrong? In as much as this film could be performance-base, certain scenes failed to show logic:

Notwithstanding the flaws, Dew – Lets Go Together delivers a poignant, even subdued look at a young gay boys’ relationship that is as realistic as it is romantic.