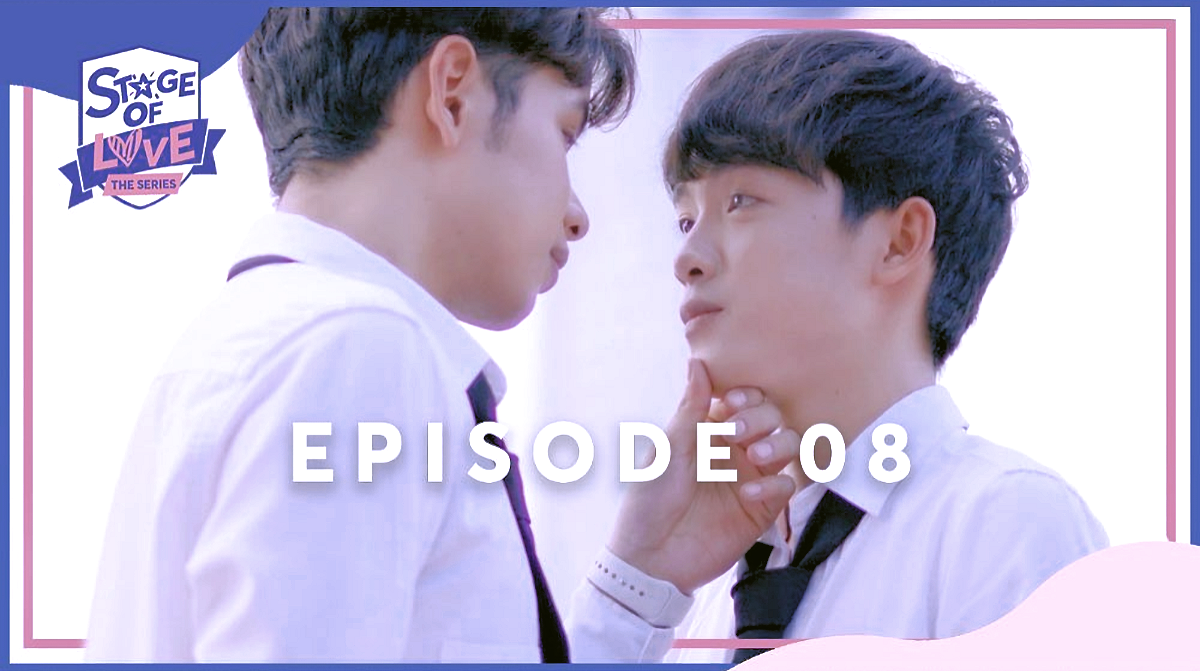 Love always finds its way back to you. All you need is a little patience and an entire army of supportive friends

Nguyen certainly won on this account. His perseverance and patience pay off as our adorable couple finally confesses their love for one another in the finale episode. Although I’m a little sad that the show ended so soon and we won’t be getting to watch this odd motley of drama enthusiasts anymore, Stage of Love was invariably a good effort by the production team. The storyline might have some potholes, but that didn’t take away the essence, which spells “Love is beyond gender, caste or creed.”

Huan confronts Nguyen on his way to the university and asks what Bao means to him. Nguyen honestly points out that he feels the same as Huan. Huan is stunned and questions him on why he came between them when he knew that Huan loves Bao. Nguyen fires back, calling Huan a coward and stating that when he isn’t true to himself, how can he deserve to be with Bao either.

It’s late-night, and Huan is waiting for Bao outside his home. As soon as Bao comes outside, Huan tears up, saying that he is heartbroken and asks for a hug. Bao is confused, yet they hug, and Huan can’t stop crying. Bao is unaware of Huan’s feelings, so he asks Huan what’s wrong with Huan. Huan smiles sadly and asks him to go back in. He watches as Bao goes in, finally accepting that they will never be together.

Nguyen is trying to console a lonely Hy, who is upset because neither his girlfriend nor his sister will be able to attend his basketball match. Nguyen advises him not to feel bad about it because Khanh shoulders a lot of responsibilities. Hy asks Nguyen to cheer for him, but Nguyen teases him back and declines. His priority is watching Bao’s stage play.
Linh is walking towards the audition hall when someone pulls her away. Here, on the stage, Khanh and the rest of the group are worried because Linh hasn’t arrived yet. Khanh finally decides that she will play the role of Juliet instead. Duc panics and insists that they should wait for Linh, but Khanh brushes off his suggestions.

We finally learn that it’s Van Ahn who pulled Linh away. She warns Linh about going for the stage play. Linh asks the reason, and since she is persistent, Van Ahn finally admits that the balcony on the stage is damaged. She reveals how she saw Duc with a screwdriver and is sure that he has damaged the balcony. Linh is flabbergasted and rushes to warn about the possible mishap. As Khanh walks up the stairs, Duc rushes and pulls her. He takes the fall instead, while a concerned Nguyen pulls Bao to safety.

Later, Van Ahn reveals how she saw Duc peaking into Khanh’s phone the other day. She also heard him talk about Khanh liking Hy. She apologizes for not informing them because although she Duc with a toolkit, and she didn’t have any evidence. Trac supports her assumptions by confirming that Duc tried to stop Khan from climbing onto the balcony. Their Professor listens to the group and promises that Duc will be properly disciplined.

As Nguyen walks by their Professor and Duc, he hears an announcement asking him to come to the attic. As he rushes upstairs, Huan walks down and confirms that Bao is waiting for Nguyen. As he reaches the attic, the floor is full of letters as a smiling Bao waits at the other end. As he walks towards Bao, we get a beautiful montage of their memories.

Bao thanks him for taking care of him and apologizes for not answering him before. He promises that from now, he will talk to Nguyen about everything related to life and confesses his love. As Bao leans towards him, Nguyen misunderstands that he wants to whispers. But Bao surprises him with a peck to his lips. Nguyen smiles, calling him childish and the camera pans as they both finally kiss.

The finale gave us an unlikely closure. I wasn’t expecting the sweet moments sprinkled with the thrilling ones as well. The show hit the nail on the confusion and fear most teenagers feel when confronted with the changes in their sexuality. As Nguyen correctly points out, that Huan lost the chance to be with Bao because he never confessed his feelings. Nguyen, although initially confused, wasn’t afraid to express his feelings. I love and appreciate his sheer honesty and courage.

Despite his misgivings, I do feel bad for Huan. However, I’m glad that he doesn’t turn negative or tries to sabotage Bao’s blossoming relationship with Nguyen. He accepts defeat and bows out gracefully. It was painful to watch him cry in despair, but he needed closure to move on. I’m hoping that someday he finds another love and has the courage to admit his feelings in time.

Duc deserves what he got. In the middle of all the scheming and plotting that he did, Duc forgot that things could backfire. He was digging his own grave, and in an attempt to hurt Linh, he ended up hurting Khanh instead. I love how supportive and protective the entire group is of each other. When Khanh takes on the blame, Trac rightly points out that the only person at fault is Duc. He has no right to treat Linh unjustly because Khanh loves Hy instead of him.

Nguyen and Bao’s love confession was everything that I expected from this show. It was sweet and peppered with the right amount of shyness that characterizes their relationship. I’m going to miss watching Nguyen tease Bao mercilessly and getting the poor guy flustered. I’m hoping to see the main leads GiaHuy and Harry Duy, together in another drama sooner than later.