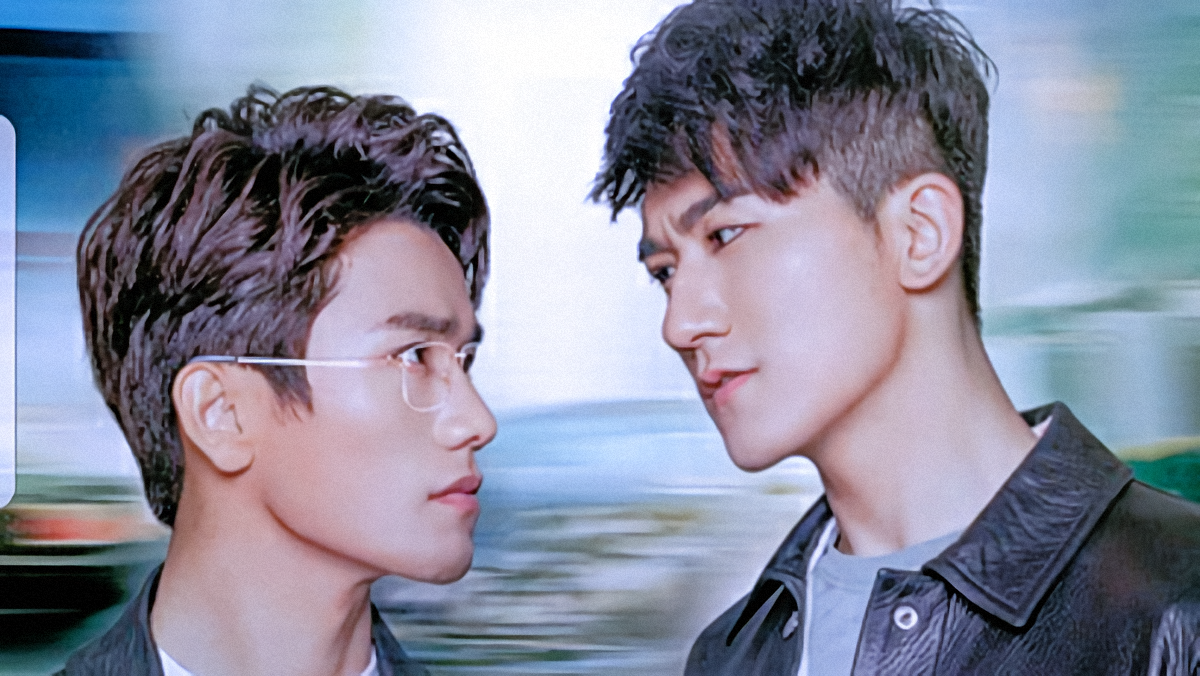 Separation is a hard pill to swallow when both our protagonists haven’t even touched the surface of their emotions. As Gu Qing Pei and Yuan Yang battle their personal demons, both internal and external forces work together to tear them apart. I’m appalled at their current situation because they already had a tumultuous relationship stemming from Yuan Yang’s temper issues. Qing Pei and Yang were tied together by the fragile thread of trust, which is on the brink of being destroyed. Will they ever resolve their issues and get back together? Will Yuan Yang develop the temperament to analyze the situation thoroughly without making rash decisions and taking unsolicited risks?

As the episodes proceed, Zhao Yuan’s relationship with Qing Pei takes center stage. Yuan Yang, although resolutely agrees to leave for America, his journey is cut short when his close friend’s laptop with the scandalous video is stolen. Qing Pei is being a good samaritan helping his older colleague Hou Bing in Huangning, while all hell breaks loose back home. His return as well his close association with Wang Jin wreaks havoc in his personal as well as business life. Yuan Yang being utterly heartbroken leaves for America, and the story leaps as our protagonists move ahead in their life, albeit on different paths.

The ongoing episodes heavily focused on Qing Pei’s relationship with his ex-wife Zhao Yuan. The consequences were irreparable as it heavily damaged their image as well as reputation. The only person who benefited from this entire bizarre situation was Yuan Lijiang, who, for some reason, has started seeing Qing Pei as his adversary. Maybe he doesn’t like the kind of hold or influence that Qing Pei has on Yuan Yang.

The only saving grace in ongoing torturous episodes was the lighter and sweet moments that Qing Pei and Yuan Yang shared. Although he would never accept it, Yuan Yang is empathetic towards Qing Pei. Unbeknownst to him, Qing Pei has become an essential part of his life. He is unable to accept the reality where Qing Pei will no longer stand beside him. Yang doesn’t have any clue about schemes that his father is cleverly orchestrating to separate him from Qing Pei.

As Qing Pei leaves to Huangning, he encounters his older colleague Hou Bing and pledges to help him overcome his financial troubles concerning the wharf. I’m pleasantly surprised by the changes in Qing Pei; he is no longer the suave businessman whose only intention in life was to use given opportunities to gain interests. He feels remorse for the way he behaved earlier and wants to redeem himself. Obviously, this comes as a surprise to Hou Bing and as a shock to Wang Jin.

Qing Pei’s departure, however, gives Yuan Lijiang the perfect opportunity to poison Yang’s trust. The guy is already distressed because the scandalous videotape related to Qing Pei has been stolen. Yuan Lijiang effort’s to strike a divide between them gets precedent when Wang Jin’s Qin Li investment buys the Nanlin Chemical Plant. I hate how the turn of events are favorable enough for Yuan Lijiang to plant the seeds of self-doubt in Yang’s mind.

The situation further complicates when the blackmailer demands money and that Qing Pei should be dismissed from the company. I’m pretty amazed at Yuan Lijiang’s ability to change colors like a chameleon. Although he rebukes Yuan, Lijiang sees this as the perfect opportunity to outst Qing Pei from his company and take over the lost control.

The confrontation scene between Yuan Yang and Li Hai Long was entirely revealing. Although the show is dubbed as Bromance and hence the explicit rape scene was deleted, Li Hai Long mentions that Yuan Yang joined in the action in the video. Was that a mistake on the production side, or they deliberately left that detail to highlight Yuan Yang and Qing Pei’s sexual relationship will never be known. But it’s quite evident from Yuan Lijiang’s reaction, that Yuan Yang was caught on the tape assaulting Qing Pei.

Whatever the reasons might, Yuan Yang’s obsession with spying on Qing Pei results in major misunderstandings. So much so, that he becomes passive and entrusts his father with the retrieval of the video. Whether Yuan Lijiang retrieves the video or not is never mentioned. I’m curious about that because obviously, Jiang is the kind of person who would like to keep all his cards closer. The fact that both our main characters have separated, without the chance of an honest conversation strikes me as odd.

The one year leap changes a lot of things for Qing Pei while Wang Jin still seems to be pursuing him to join Qin Li investment. The fact that Qing Pei keeps refusing the offer is surprising, and his feelings towards Yuan Yang might possibly be the reason. Does he feel guilty and is he angry? Yuan Lijiang is like the snake that is waiting to strike back. I’m afraid of what would happen when Yuan Yang returns. For some reason, Lijiang and Wang Jin are at odds, and Qing Pei has become the scapegoat in their tug of war.

I’m more interested in how Qing Pei and Yuan Yang’s relationship will shape after his return from America. Knowing Yang’s temperament, it is not going to be smooth sailing. Will they survive the downfall or separated forever? Keep watching this space for further updates on the finale episodes.