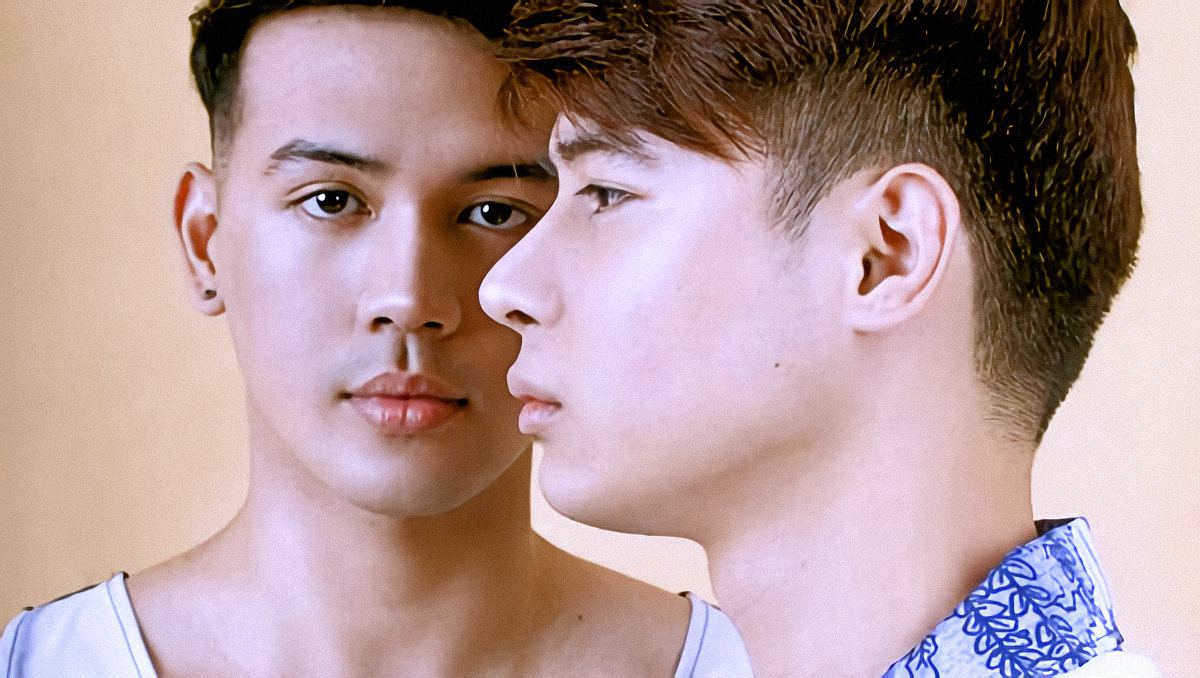 My Day the Series – Episode 2 [Review]

We start out where we left off, which is Ace falling into Sky’s arms as he slipped on a water bottle. It’s cheesy but cute, especially in the slow-motion shot with everyone’s features so slapstick. You can’t help but giggle. Of course, Ace gets hurt and has to be rushed to the clinic, the big baby.  We can still see the tension between Sky and Ace as Ace blames Sky for his injury. The scene shifts to Ace’s house, revealing the stars of the second episode, Ace’s dogs.

You heard right; it’s all gone to the dogs. We find that Ms. Becky is not only a maid, but a caretaker for all seven of Ace’s dogs, which I believe are either Shih Tzu or Lhasa Apso. We see her feeding them at a table set just for them. I find it quite funny that each dog is wearing a different outfit.  I don’t know who thought it was ok to feed dogs vegetables, but dogs are mostly carnivores. That is their diet. They were eating broccoli for goodness sake. Who does that? Did they coat it in gravy, or put special seasoning on it? 😁 I have never seen a dog eat raw veggies before. But mostly this episode is about one specific dog’s birthday party. It appears ChukChuk will turn five this episode, so there must be a lavish party to celebrate.

The Good, The Bad and the Meh

There are only two good things about this episode.

I am still having issues with the characters in the show.  There are too many one-dimensional characters here.  I feel that they all lack substance. Some are boring, like Jam. His role as best friend to Sky has been established. He’s just there in most of the scenes. Even when he has dialog, there is no sense of self. It’s as if he’s going through the motions, but lacks believability as a real person.  I know this is the first acting job for the actor, but I wish he would put a little more gusto into his performance.

Other characters seem exaggerated as well. Take Jelai, the gay right-hand man of Ace. He goes around supervising others and performing whatever task Ace has asked of him. He’s comic relief but also appears to have a kind heart.  However, I wish he would stop hitting on Jam because it’s so predatory. You can see in the scenes with the two of them that Jam appears uncomfortable, but Jelai keeps treating Jam like a boy toy, forcing him to feed Jelai, constantly touching him. It’s as if by allowing Jam to work as an intern there, Jelai feels that he can do what he wants to Jam. As a character, this is a major flaw that I wish they would address. I want Jam to speak up and out or Jelai to become more aware of how his behavior makes Jam uncomfortable.

Let’s talk about Ms. Becky.  The character is too much. The falsetto voice really grates on my nerves. Don’t get me started with how she flits around from room to room singing lalalalalala; it’s quite annoying. Her behavior is so cheerful but feels so hollow and empty. It’s as if she has no depth to her, or soul even.  Sorry if that sounds harsh, but she is such a caricature of a person, I can’t connect with her.  Even her appearance is quite the stereotype.  She has a big bosom and a full maid uniform with an honest-to-goodness feather duster.  🙄

Then there’s the boss himself, Ace. He’s still a complete jerk, with apparently no redeeming values. I was hoping he would pick up some human qualities, but no, not this episode. He is rude, hateful, and hostile to his workers at the company. He is also extremely entitled, looking down on others who are in the service industry. He judges people based on appearances, calling someone cheap for the color of their hair. He treats everyone like they are beneath him. It appears he only likes Ms. Becky, Kim, and his dogs. So at this point, I don’t care if he’s wonderful to his dogs, he’s still a terrible person. I don’t like him, and I don’t see how that’s going to change.

Now let’s talk about the meh or mediocre bits of this episode. The dogs are cute. There’s a scene where they run in a pack that will make you smile. Unfortunately, they aren’t using the dogs to their full advantage. When there are scenes with the dogs, they are just there. There are no cute tricks, extra affection, or specific traits that set them apart from each other or any other dog. In fact, I couldn’t remember what ChukChuk looked like or which of the seven dogs he was. I love animals, so it should have been easy for me to fall for the adorable dogs. And I think someone should have done some research before setting a chocolate birthday cake in front of a dog, which, as any pet owner would know, would actually poison the dog. Dogs can die from eating chocolate.

The other meh I had for this episode is Kim. She’s not a bad character. She’s pleasant and polite, with an easy smile on her face.  This alone should make her extremely likable, especially when she’s paired in the same scene with Ace.  But I have a hard time connecting with her cool, aloof privileged self.  She motions the waiter over, calling to him as if he were a servant. The same server takes her order every time at the restaurant, but she doesn’t recognize him. Which goes to show she doesn’t view him as a person, just an order delivery mechanism. She even shows up to ChukChuk’s birthday party in a ball gown, so it’s hard to relate to her. She’s not bitchy, but she’s not approachable either. That’s why she gets the meh treatment in this episode. I want to like her but simply can’t connect.

Maybe next week will improve, but I thought that last week. I’m still going to try to be fair and balanced, but the showrunners are making it difficult for me to really like the show. It has a big budget, so it should live up to it’s potential, instead of squandering it on lavish sets. Fingers crossed for the next episode.  Let me know what you think.