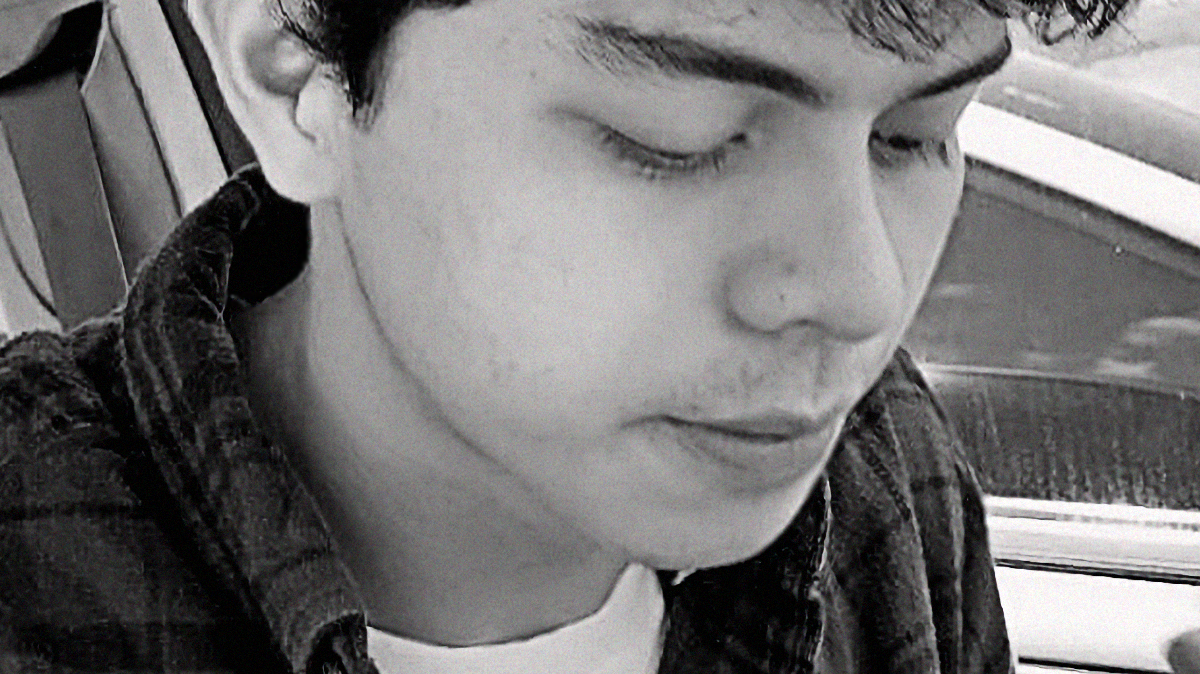 In a country facing a major “Boys Love” revolution, Ronald Marquez de Santos Jr., better known as Kokoy de Santos, is a name that resonates in the popular circles as a style icon of the LGBTQ+ community. He has a chameleonic presence and molds himself to completely inhabit the roles he portrays. Such a perfect combination of mind and mastery surely calls for exploration, and your answer to this mystery is our Profiler.

Starting with his shocking full-frontal act in the Cinemalaya film festival award-winning “F#*@bois,” Kokoy has been a scintillating presence on the BL scene – with daring yet convincingly authentic performances. Today, he is one of the “Gameboys,” a heartthrob that has captured the hearts of millions of BL lovers across the planet and has written history with his impressive acting talents.

Starring as “Gavreel Alarcon,” Kokoy has perfected his act, so much so that he became the practical definition of “Mr.Right.” Spearheading the digital series, which was an ambitious yet risky attempt to popularize BL culture in the Philippines, Kokoy De Santos has set the bar very high for every other BL actors that intend to follow into his footsteps. Kokoy is an actor par excellence.

Kokoy started his career in the entertainment industry when he was cast in the television program “Oh My G!” in 2015. That same year, he made his debut in a film playing the support role of Robert in Kid Kulafu. In 2016, he auditioned for the ABS-CBN singing competition Pinoy Boyband Superstar, but he failed to get the passing score from the girls. His journey continued as he played Support Roles in various sitcoms and movies, including the program Maalaala Mo Kaya of ABS-CBN.

Kokoy’s first real exposure to stardom, however, came with the suspense thriller “F#*@BOIS.” The film was realistic cosplay on the stagnant genre of vulnerable male pageant enthusiasts who face a major power struggle against an older wealthy client. Starring as Miko, Kokoy played the titular role of a male bikini pageant contestant quite convincingly. Paired opposite the very handsome Royce Cabrera and veteran actor Ricky Davao, Kokoy served us an interesting palate of sexual content that was equal parts arousing and horrifying.

Director Eduardo Roy Jr. attempts to highlight the miserable lives of the so-called “Fuccbois” would have fallen flat if it wasn’t for the acting chops of the male talent who went above and beyond their limits. Deceit, blackmail, and being the constant subject of sexual objectification. Kokoy was hugely appreciated for his poignant portrayal of the character’s innocent traits as well as the disastrous consequences he brings on himself. A seriously difficult subject to execute effectively, Kokoy impressed audiences with a performance that was sensuous but ultimately realistic.

Although this movie established Kokoy’s powerful presence in the Philippines entertainment world, the show that made his popularity skyrocket is “Gameboys the Series.” The Philippines surely had some limited LGBTQ+ content before. However, Boys Love was relatively new to the nation, but this genre transcends most national borders. Trying to mimic the success of popular Thai BL dramas like “2gether The Series” or “Tharntype” was a risky attempt. Especially in the time of a Pandemic, but IdeaFirst Company trudged onward rewrote history. Starring as Gavreel Alarcon, Kokoy’s character sketch spanned from flirty, hopelessly in love to devastatingly vulnerable. Paired opposite “Kalel, 15” fame actor Elijah Canlas, Kokoy De Santos’s act was charming and patient.

It was surely an ambitious effort because the actors had to develop their interpersonal chemistry virtually, with no physical presence. The concept was entirely new territory, and despite that, Kokoy managed to make Gavreel’s indomitable spirit memorable. Sparring with Elijah’s “Cairo,” drawing his attention and ultimately winning his love and trust, Kokoy’s “Gavreel” cast an undeniable spell on audiences. The fans rejoiced when he laughed and flirted as well as cried bitter tears when watching him lose hope. Kokoy has the unique ability to connect with the spectators, and that’s not an easy feat to accomplish.

Every character has its own flaws and downfalls. There is no “perfect” human being. Kokoy’s journey throughout the “Gameboys The Series” would have been unrealistic if Gavreel didn’t display bouts of weakness. The scriptwriters provided his character with very high-strung and dramatic dialog, allowing Kokoy to perform insecurity, anger, jealousy, and sadness like a pro. Kokoy effortlessly displays different emotions so convincingly that you cannot imagine another actor playing this role.

With Gameboys about to wrap, Kokoy is currently shooting his second BL series, “Oh Mando.” In his second outing with Director Eduardo Roy Jr., Kokoy is paired opposite the gorgeous hunk Alex Diaz. The storyline has not yet been revealed, but the Director released some classic shots from the shooting spot that features Kokoy and Alex in quite a lot of romantic situations. The new series is set to premiere on the online streaming portal iWant.

Kokoy’s Chemistry With His Onscreen Partners

Gavreel rambunctious attitude and flirtatious demeanor are certainly great parts of the act to pull together, and Kokoy never fails with his efforts. Stalking his love interest online can sound creepy, but Kokoy’s performance as Gavreel’s character was played constantly positive. Although their romance was largely confined to virtual locations because of the ongoing pandemic, it broadcast the central message of “Love beyond boundaries.”

The other character Cairo stereotypes him into the “Casanova” category, and Gavreel never loses hope. Overcoming major upheavals like an overzealous ex-girlfriend (Read fujoshi Pearl) and an intrusive ex-boyfriend (Terrance), Kokoy, as an actor, consistently improves on this role’s multi-faceted personality. The character’s human tendencies portray his patience and understanding.

Elijah and Kokoy share adorable chemistry, which stems from the fact that they are also good friends offline. Shooting for about nine episodes, without even meeting each other in person, shows how much their wavelength matches offscreen. It is no mean feat, and that’s why Gavreel and Cairo’s first meeting was so special. This show was telecast under special circumstances, and the anticipation of their first meeting was unprecedented.

Kokoy and Elijah didn’t disappoint as they achieved major kissing goals for the audience, keeping in mind the community quarantine protocols.

Director Eduardo Roy Jr. has shared some snippets of Kokoy’s upcoming drama, “Oh Mando.” The pictures paint quite a simmering chemistry between the main leads Alex and Kokoy, at the Jones Bridge in Manila.

Born on May 15th, 1998, Kokoy de Santos was born in General Trias, Cavite, Philippines. He also goes by the family nickname of “Kulot” or “Bunso. Kokoy confessed in his YouTube video that he is a major spender, and he loves collecting sneakers. If you have noticed his room in the “Gameboys” scenes, you can see his entire collection on proud display.

Kokoy is also a certified fashionista and is quite conscious of his looks. He also loves shopping at thrift shops, so expect a blog on his YouTube Channel as soon as the ban is lifted. Apart from being a fantastic actor and singer, Kokoy is trained “Chef,” as well. He finished Culinary Arts Course at Chef Logro’s Institute of Culinary and Kitchen Services, Cavite, Philippines. His prime interest is baking desserts.

Kokoy describes himself as “An Old Soul.” He enjoys listening to old music. His favorite food includes rice cakes, Biko, Sinukmani, Tikoy, and Ube. He is a major gym enthusiast, and it’s obvious from his ripped and hot bod.

Here are the links for some favorite vlogs from Psychomilk’s YouTube Channel.

Keep watching this space as we bring you further updates about this dynamic young actor who makes your heart flutter with his good looks and even better-acting chops!