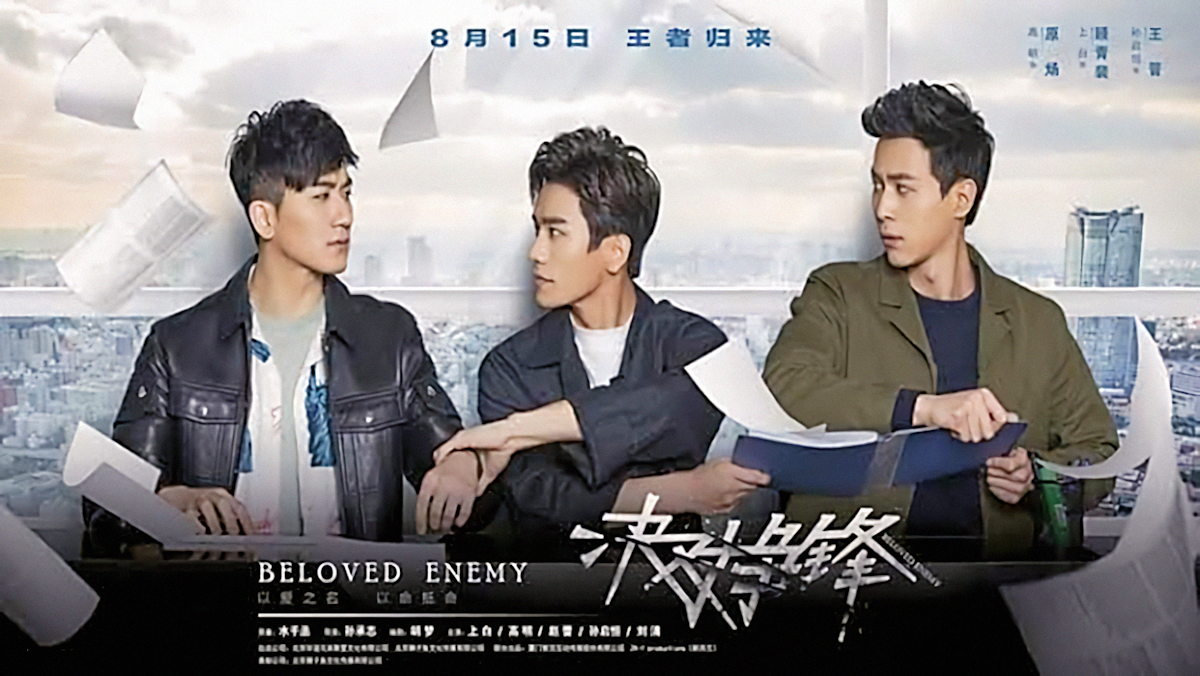 Revenge and hatred are quite strong emotions. Coupled with the need to punish the one you loved dearly, these emotions might very well take you on the path to destruction. When you have a self-destructive attitude like Yuan Yang, the consequences can be even more tragic. As Gu Qing Pei struggles to balance his personal life and work, Yuan Yang’s return from America and his subsequent actions lead to irreversible damage. With his misguided notions, he sets up a trap that ends up putting both his father and Gu Qing Pei on the warpath. However, the real question is, will Qing Pei forgive him yet again? Or will his actions break their fragile relationship beyond limits?

The finale episodes proceed with the expected angle of revenge. Yuan Yang returns to find Gu Qing Pei working with Wang Jin. Although his demeanor has changed, old habits die hard. The cool exterior is a carefully designed mask to fool both his father and Gu Qing Pei. As he silently plots to bring the downfall of both Yuan Shi Group and Qing Li Investments, Gu Qing Pei reveals disturbing truths from their past that changes the course of their life forever. As Yuan Yang realizes his mistakes, the drama showcases his attempts to reconcile with Gu Qing Pei.

As Gu Qing Pei and Wang Jin are trying to save the wharf from Yuan Lijiang’s devious plans, Yuan Yang’s sudden return tests their boundaries. I was pleasantly surprised by his appearance. His rude demeanor has changed, and his amicable behavior is almost unsettling. However, it’s quite obvious from his barbed retorts that he is angry at Qing Pei for working with Wang Jin. I actually feel bad for the eye candy because she can’t see the strong emotions playing out between Qing Pei and Yuan Yang. The feelings of yearning and hatred are quite apparent, and you hope that Yuan Yang doesn’t end up doing anything stupid.

Even Wang Ran notices the changes in Yuan Yang’s behavior when he saves her from some goons. You can see the slight shift in Gu Qing Pei’s face when she describes Yuan Yang, and obviously, he is reminiscing their old times. I was utterly shocked when Yian Yang calls up Gu Qing Pei and warns him to withdraw from the upcoming bid. His tone is threatening, but the real surprise is that he stands in Gu Qing Pei’s old apartment while doing so. These two are at odds yet so very close. Despite the threats, Qing Li Investment wins the bid, and you wonder what Yuan Yang’s endgame is going to be?

The situation becomes clear when Yuan Yang kidnaps Gu Qing Pei. The next morning brings disastrous consequences as he reports under the table dealings done by both Qing Li Investments and his own Yuan Shi Group. Qing Pei wakes to find his world tilted on its axis. He questions Yuan Yang’s intention, who finally explodes on how he wants to destroy his father for trying to control him and Wang Jin for separating him from Qing Pei. Damn, that situation escalated quickly! He mentions with bitterness in his voice that he bought Gu Qing Pei’s bachelor pad because it’s the only place where he is able to sleep soundly. Honestly, I don’t know whether to feel sorry for Yuan Yang or whack him on the head.

Yuan Yang’s outburst triggers Gu Qing Pei’s anger, and he finally loses his cool. I’m so used to seeing a calm and collected Ging Pei that watching his angry side is a welcome change. He finally lets out his bottled emotions and addresses the issue of the video. Yuan Yang learns how his father blackmailed Qing Pei into leaving Yuan Shi Group. Although he feels remorse, he isn’t willing to let Qing Pei pay the consequences. The final showdown has Qing Pei hitting Yuan Yang, and it makes me appreciate more how well these two actors portray their characters. You can feel their exact emotions, and you fervently wish they could reconcile.

Another surprise package was Mrs. Yuan. On the surface, she plays the role of a subservient trophy wife. But watching her blow up Yuan Lijiang’s trumpet was a satisfactory experience. I actually pity this guy. His heinous actions have pitted both his son and his wife against him. Although her intentions returning videotapes to Qing Pei come at a price, she is trying her best to free Yuan Yang from her husband’s control. Yuan Yang might not respect her, but she is doing her best to protect her children’s best interests.

Finally, Yuan Yang has revised his plans, and instead of targeting Qing Li Investments, he offers them a helping hand. Whether he did it out of repentance or because of his feelings for Gu Qing Pei is still unclear. Gu Qing Pei, on the other hand, takes matters into his own hands and releases the video online. An unexpected move since he had decided on retirement. I’m guessing that this move is his resolve to free Yuan Yang. Yet again, Mrs. Yuan faces off with her husband for her children and Yuan Yang’s freedom. I didn’t really like her before, but I certainly appreciate her guts now.

Mrs. Yuan’s persistence and Qing Pei’s sacrifice changes Yuan Yang. He understands them better and chooses to reform his lifestyle. Coupled with his friends that now include Wang Ran, he endeavors to start his own business and work his way up the ladder. Yuan Lijiang, on the other hand, has given up his controlling nature. I was glad to see these changes, although the script was obviously changed to suit the “Bromance” tag. Any sort of romance between the main leads is, as always, suppressed by rank Chinese government censorship.  I wonder if ever this censorship will stop being so homophobic and stop destroying the very essence of BL in these characters?

The show ends on a high note wherein on Wang Ran’s advice, Yuan Yang seeks out Gu Qing Pei. Although they did separate on bad terms, when you are fond of someone, it’s easy to fall back into your old habits. Yuan Yang is certainly Gu Qing Pei’s addictive habit because he instantly chooses to join Yang’s new business venture. Watching them nitpick at each other like old times was surely entertaining.

The show might have suffered some setbacks, but the strong point remains the amorous chemistry between main leads Shang Bai and Gao Ming. Shang Bai as the cool and collected business executive Gu Qing Pei doesn’t falter and delivers his lines with a surety and conviction. The wild cat act would have fallen apart if Gao Ming didn’t put 100% into this character. I’m surely going to miss their odd dynamics. Here’s hoping that we get to watch both these actors in a REAL BL drama sooner than later.