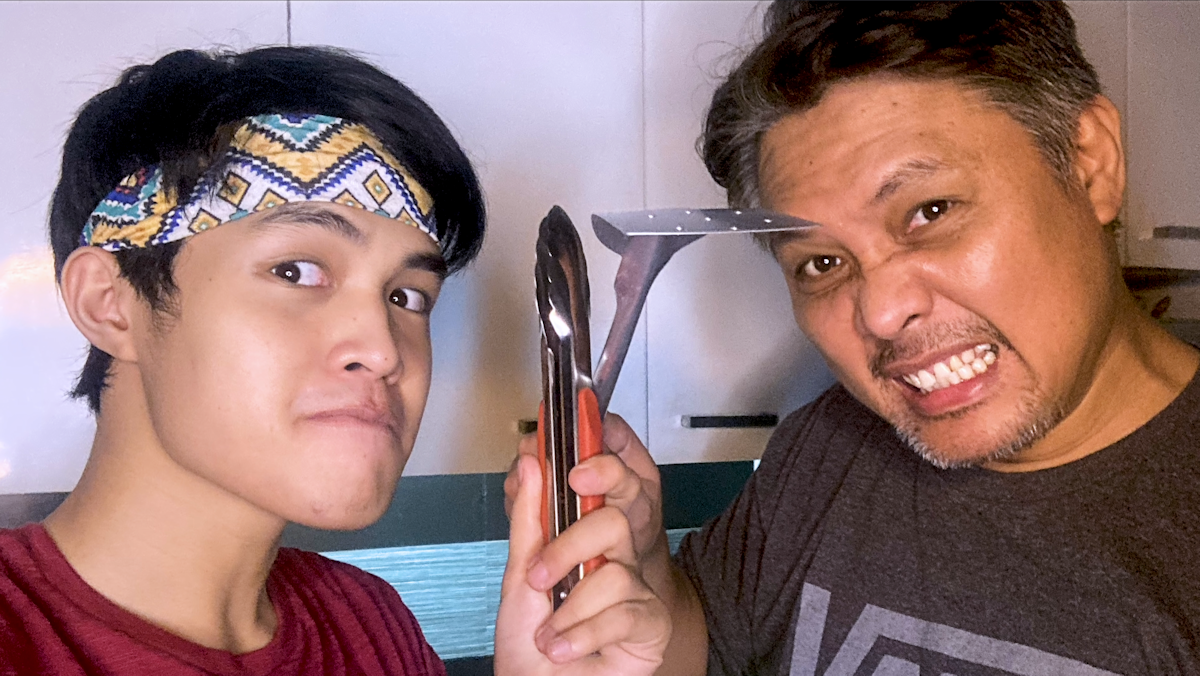 At the end of Episode 7, Cai gets the call from his mother about his father’s passing. Cai breaks down, but it is not just his tears that made the viewers cry but also the silent tears of total empathy from Gav, who wants to be with Cai at this moment but Cai logs out without a word.

Cairo removes all his social media profiles, so Gav is only left with the option to keep messaging him daily to check on him and remind him to take care of himself. He and Pearl are worried about Cairo. One cannot fail to note that even such a conversation is not completely sorrowful but also has a touch of reality as they discuss Pearl’s stalking. While Gav is frustrated so much that he is willing to break the lockdown, Pearl reminds him that Cairo needs space and time to grieve the way he wants.  Finally, Cairo opens social media to see multiple reminders of lives lost to the Pandemic, messages to the dead ones, and some even celebrating the hard work of the frontline workers and all those who returned home safely. He keeps checking old videos with his father and makes efforts to come to terms with the loss.

He reaches out to Gav and shares the events that led him to run away from his home. A dear friend betrayed Cai’s secret to the whole world and his parents, and he was really scared to face rejection by his family. So Cairo runs away, and in the middle of the pandemic, without caring for his weak immunity, his father went out to look for him till he showed corona symptoms himself and had to be hospitalized.

While Gav is consoling Cairo and trying to convince him that it wasn’t his fault, Cairo’s brother walks in and joins the conversation. It is perhaps the encouraging words in his small conversation with Gav [who is still on the call] that truly make Cairo smile even while crying. Terrance reaches out to Pearl because he is still sad, but after Pearl’s scolding, he does delete all his pictures with Gav from Terrance’s social media [quite a thoughtful move.]

Cairo’s mother is in self-isolation for some days, so she calls to check on the brothers, and Cai uses the moment to have a heart-to-heart talk with her. It really broke my heart when he apologizes for being gay. It is though so good to hear his mother’s side of the story. It is also a bit sad that the lack of communication and trust between the mother and son duo caused so much hurt for all. One can not blame the other, but the guilt will stay in the hearts.

Gav becomes constant support in Cai’s life through tears and smiles, which was exactly what he wanted to do all along. Pearl invites the boys for a meditation session, which doesn’t go as she planned, so she logs out after a while, but not before expressing her displeasure. Left alone, Cai & Gav are talking when Cai receives a pre-scheduled email from his father. The final words from his dad make him cry but also lessens the guilt in his heart.

Once he is done crying, Cai asks Gav to join him to play a game using his new account – GavsBaby [Wheee !!], and the episode ends with big smiles on both their faces [and mine].

It was not easy getting into this episode because the death of Cai’s father was still on my mind. And then watching Cai live through this feeling of loss, guilt, nostalgia, and trying to find any way to cope with it on his own was really hard. It was a brilliant addition to the show when we see people celebrated for the life they lived before succumbing to the virus and also many who can return home, all because of the hard work of the frontline staff at hospitals. For a minute, it did not feel like I was watching a drama, but just reality unfold in front of me. And that hit me harder than I expected. My heart truly cried for Cai (and all those) who’ve lost a loved one to COVID and are not even able to say ‘goodbye’ because of distancing and all the precautions. What kind of farewell is that?

It is really amazing to have friends like Gav and Pearl around who care for you and manage to keep you sane and constantly let you know they are there for you by sending flowers, food, and messages of goodwill. Gav is truly blessed to have Pearl in his life because what Cai faced due to his best friend’s actions was just so horrible on all levels. This violation of trust is the third drama where I see the sexual orientation of the character been revealed by their closest friend without any consideration for the consequences, and it just infuriates me. I’d hope that people have more respect for other’s privacy, no matter how angry you are. It almost felt like toppling dynamos, the way things unfolded for Cai, and the death of his father. Luckily Cai’s brother and mother not just support him and love him the way he is; everyone in Cai’s family is very clear about not letting him suffer due to his own guilt. These scenes again highlight the importance of open communication and deep trust in your family. Perhaps parents have to give that space and comfort to their kids, but we all should have some faith in our parents too.

The introduction of Gav to Cai’s brother London was quite sweet, and it definitely cut the heavy mood a little. And as always, we do have some wise words from Pearl who has kind of become the spokesperson for us all in this relationship between Cai and Gav and even for the show as well. I totally love her character and acting and the way she is so sassy and kind, even to Terrance. Episode 8 started with tears, but it ended on a very happy note, hinting Cai and life in general, is rebounding to normal, perhaps near normal.

May the smiles stay the same in the coming episodes.