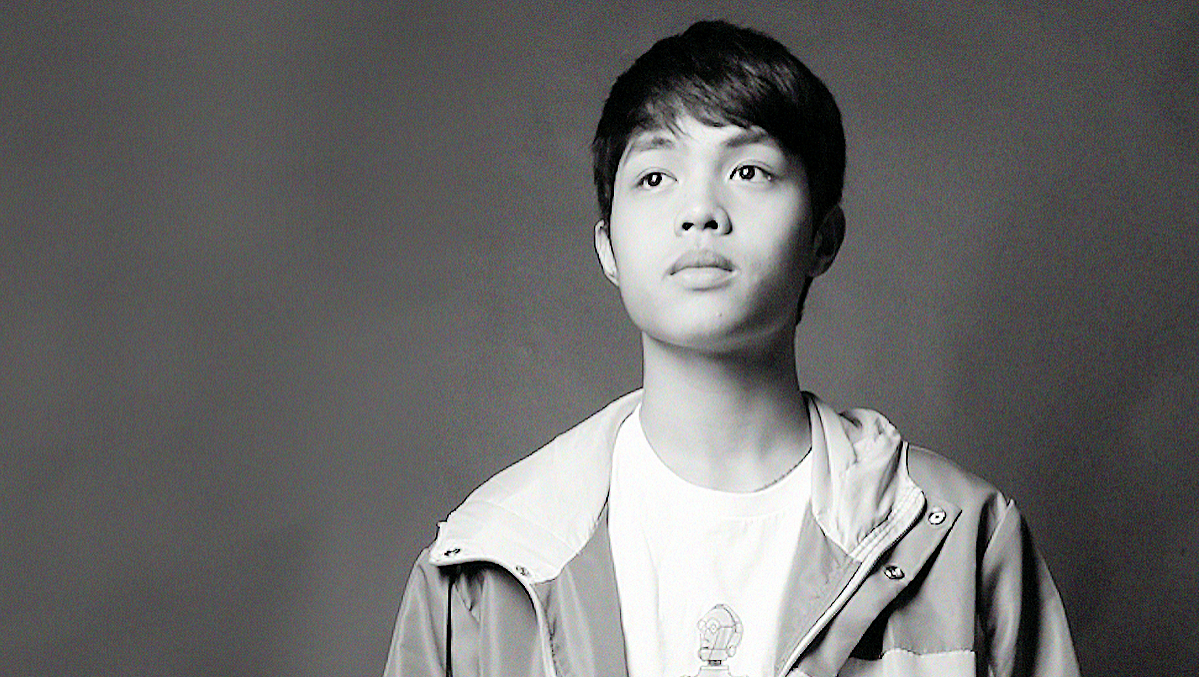 Born on 16th August 2000 in Bacolod City, The Philippines, Elijah Luiz Canlas is a talented Filipino actor who has become the talk of the town after winning his first Best Actor award in the 17th Asian Film Festival held in Rome, Italy, for his role in the movie “Kalel, 15” earlier this August. At the age of 20, Elijah, who portrays Cairo Lazaro in the popular BL series, Gameboys, has set the bar high for not only himself but other young actors and actresses in the Philippines entertainment industry.

His ability to perfectly personify each character that is given to him, remains his main strength, since the beginning of his career as a child actor up to this day, where he embarked on a whole new journey in his acting career. Combined with his attractive appearance and humble personality, Elijah rises as one of the most wanted Filipino actors who is loved by many viewers, both in his home country, the Philippines, as well as internationally.

Elijah’s Acting Career in The Philippines

When Elijah, also known as Jelo, was only 14 years old, he began his career in the Philippines Entertainment industry by starring in the 2014 war movie, Sundalong Kanin. He portrayed Badong, a young boy from San Nicolas who aims to join the fight against the Japanese army, Elijah mesmerized viewers with his convincing portrayal, which also showed his raw potential as an actor. Since then, the MINT college graduate has appeared in 10 movies and 3 TV series, including “Edward” (2019), where he received his first Best Supporting Actors awards in Gawad Pasado 2020, for his stunning performance as Renz in the movie.

In the year 2019, a breakthrough year in Elijah’s career, he also got the chance to work with one of the best Filipino filmmakers, Jun Robles Lana, in his newest movie, “Kalel, 15”. where he was just earned a Best Actor nod mentioned above. Elijah’s moving portrayal of Kalel, a young boy who struggles to find his place in a society that is full of judgment and prejudice, has not only proved his worth as a young Filipino actor, but also gained him the international recognition that will take him higher in his acting career.

Elijah was born as a gifted actor, that’s a fact that we believe many people would agree, but he’s also a dedicated actor, who takes every role given to him seriously. This fact can be seen through his journey with “Kalel,15”, which actually began in 2014 where the movie is still originally titled “Son of God”. In his interview with Inquirer Entertainment , Elijah said that he auditioned for the role of Kalel in 2014, but didn’t get the role because Kalel’s character was visualized as the son of a Spanish friar and is mestizo (one having Spanish and indigenous descent.) However, for several other reasons, the movie got postponed.

Only in 2018, when Elijah was looking for a talent manager, he met Direk Jun again and got the offer to actually star in the upcoming production of “Kalel, 15”. As Elijah has stated, the role of Kalel is indeed destined to be him. Even with that, to prepare himself for the role, Elijah tries to go even deeper into the character by creating a complete profile with background of Kalel. For example, he identifies Kalel’s preferences as well as creating a background story for the character, which help him perfect his performance.

Nevertheless, Elijah’s journey in the Philippines Entertainment industry doesn’t stop when he gets his first big-screen appearance. As someone who loves the filmmaking industry with all his heart, he tries to spread his wings in the industry by directing his first short movie, “Ang Totoong Kalaban” (2019), together with Miguel Legaspi. The movie itself tells the story of two individuals who are having a friendly badminton game but later on stumbles upon a very mysterious man and is forced to face the unexpected. Elijah who also played in the short movie proved his capability to become an influential director in the future.

Elijah and Gameboys The Series

The COVID-19 Pandemic that occurred in early 2020 has halted most of movie or series productions in the Philippines, as well as affecting Elijah’s career as an actor. In the midst of the uncertainty comes an offer to play in an experimental Web series, one that would stretch the boundaries of what it is to produce a television series – this one, for the Pandemic and its audience. Another unique facet of this new Pinoy series was that fact that it was a BL story, one of the first produced in the Philippines. It is called Gameboys the Series, and it becomes a ray of hope for the young actor.

Elijah is playing Cairo Lazaro, a young boy who has some Internet popularity as a love-stream gamer doing “lives” with his fans. In this role, Elijah shows his skill set as an actor because he can still provide high-quality acting despite all the challenges that he faces during the shoot for this web series.  Gameboys has become a big hit, and since the audience for BL is diverse and worldwide, it has given Elijah even more worldwide recognition that he deserves for his craft.

The format of Gameboys the series, being shot as if watching on a computer monitor, also allows Elijah’s ability to effectively translate Cairo’s thoughts and feelings through nuanced facial expressions and gestures, enabling him to bring Cairo’s character to life. Because honestly, Cairo’s character isn’t easily performed, since he is described as someone who lives in two different worlds; cheerful in the online world but reserved in the real world as he is struggling with his true identity as well as family relationships. To successfully perform this role, Elijah has gone beyond his comfort zone to portray this duality, which we believe he has done superbly.

In addition, what makes viewers fall in love with the series is Elijah’s undeniable chemistry with Kokoy de Santos, his co-star in the series. Their awkward relationship grows slowly into a sweet relationship full of kilig and has converted many BL viewers into devoted fans of #Caireel (Elijah and Kokoy’s ship name in the series). Despite the fact that they only interact through the virtual world, both have been able to convey their emotions for each other really well and make many viewers believe that they are longing for each other’s embrace. Due to this popularity, The Idea First Company, who created the series announced three additional episodes for the series, making it into 13 episodes in total. They also told viewers that Gameboys the Movie is in the making and hopefully will be broadcast in the near future. So, rest assured that we will still see Cairo and Gavreel’s adorable interaction continue in the long run.

Elijah Canlas is an example of real talent at its finest. His 6 years of experience in the entertainment industry might be considered slim by some people, but he has proven his worth as one of the top class young actors in the Philippines entertainment industry. As Direk Jun once said on his twitter, Elijah is a chameleon who can bring to life any character that is given to him and make it his own. Moreover, he is a hardworking actor who not only takes the role and plays it as directed but also is able to bring perspective and depth to his characterization as well. And for those reasons, any future performances will have many fans waiting with bated breath. Congratulations, Elijah for your remarkable achievement!