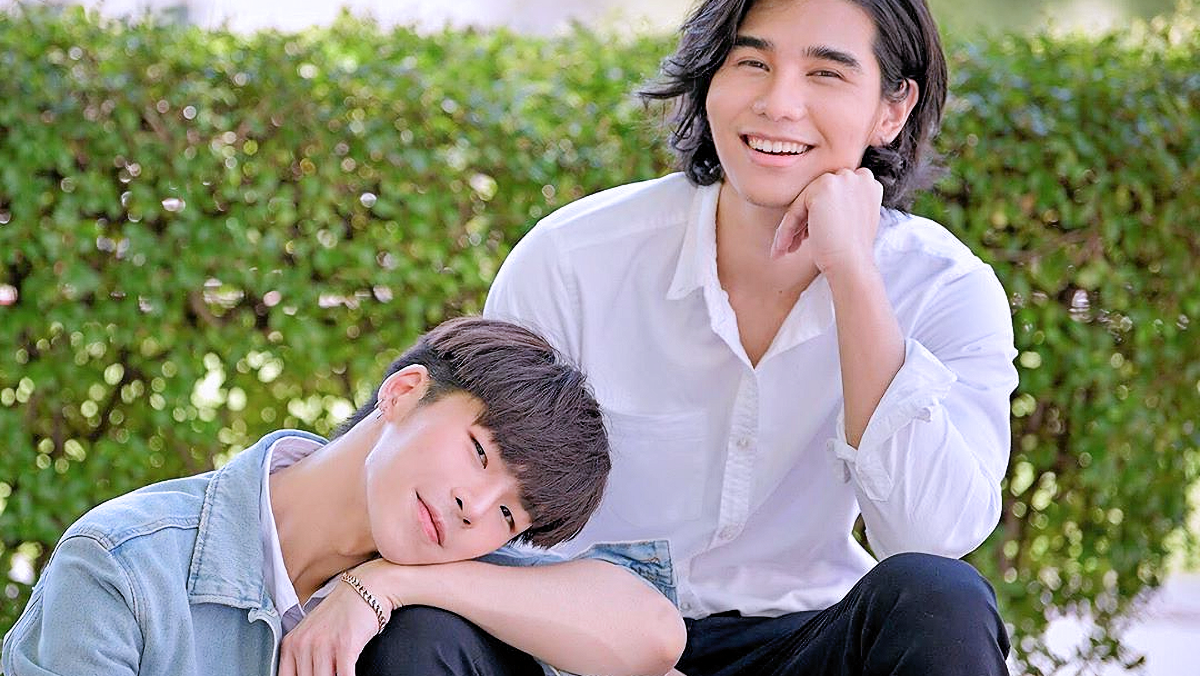 Relationships can be daunting if we don’t appreciate the people in our lives. It could be your parents or siblings that you don’t want to contact or your potential love interest. As Win navigates through this new path where his feelings for Tops confuse him, we are starting to get a more clear picture of their blossoming relationship. Everyone in their life is already picking up on the clues, and it’s only Win’s denial that seems to the problem. But how far can you run from your feelings, especially when you live in close quarters with the object of your affections?

In “Friends,” our adorable Gourmet Couple host a party for their group of friends. With drinks and veggie delights created and furnished by Chef Tops, the party is a win. But things get tricky when the motley gang plays the game of “Truth or Dare,” and Win is faced with questions he doesn’t want to answer.

In “Regret,” Win’s unhappy family arrives at their happy heaven. Win’s rude demeanor is a surprise, and his bite is even worse. However, before things get out of hand, Tops plays peacemaker and reunites the broken family.

My Opinion About The Episodes

“Friends” was about Tops and Win hosting a party at their home for Win’s friends (who are actually their co-stars from “HeSheIt” miniseries). Tops, being the Chef de Cuisine, prepares his best delicacies, and Win’s friends are envious of Win’s good fortune. I love how they tease Win, and he still stakes his claim on the food cooked by Tops. Jeff Satur is invariably adorable when he gets fussy about Tops or the food cooked by him.

The obligatory “Spin the Bottle” game takes them into uncharted territory. While it’s easy for Win to taunt his friend, the guy is easily flustered when the tables turn on him. I spend an excessive amount of time swooning over Jeff Satur’s handsome face. Normally I’m crushing over Gameplay, but this episode, Jeff stole the spotlight for me. Their friends are not oblivious Win’s attraction to Tops, and they try hard to get him to accept it. It’s hilarious how Tops is enjoying their antics while Win refuses to show his true emotions. I love how understanding Tops is; he accepts Win’s affections despite his man being in denial. Tops is a very patient person and would wait till Win confesses on his own.

The group is absolutely hilarious as they “pretend to get drunk” because health-conscious Tops has swapped all the drinks with non-alcoholic beverages. And despite that, they even pass out. But the most enjoyable part is when Tops asks Win point-blank about his friends teasing him, and Win brushes away his concerns. However, that tiny smile on Win’s face after Tops walks out from the room betrays his true feelings.

This tug of war is very interesting to watch, and I look forward to the grand reveal sometime soon. For how long is the couple going to beat around the bush?

Jeff Satur and Gameplay have intriguing chemistry that makes you wish for more. I’m seriously thinking about having a conversation with the show’s producers to extend each episode’s timeframe because it’s such an absolute pleasure to watch these two actors play coy and then act besotted.

“Regrets” touched on some vital issues that surround Win’s familial conditions. He is normally such an amicable character that watching him act hostile towards his own mother and brother Mark was a bit too much. Their problems seem to stem from the fact that Mark is the model son who helps their mother while Win wants to focus on his music instead. Yes, they have issues, and concerns like every other normal family do, but Win’s refusal to listen to them is just uncharacteristic to his usual behavior. That’s where Tops rushes to the rescue as usual with his promise to cook them a meal. It’s his way to prolong their stay so that Win would talk to his family. At times, I wonder what would happen to Win if Tops wasn’t with him to guide him in such difficult situations.

Tops beautifully lays down the underlying message of this episode. “Chasing after your dreams, you might get successful one day, but what good would that be if you have no one left to share that success and happiness?”

As humans, we spend so much time running chasing success or our ambitions, that unknowingly we lose touch with the most important people in our life. And when we turn back, there is nothing left but abysmal of loneliness. This episode taught the importance of family units. Disagreements are bound to happen, but that doesn’t mean you just give up on your family.

Surprisingly, Tops prepares the same dishes that Win’s mother made for them. Win doesn’t recognize the true meaning behind Top’s advice until they learn that Tops’ mother passed away when Tops was young. I love how both Win and his mother understand Tops’ sadness and are concerned about him. It’s obvious that she is noticing the attraction between the two, but there isn’t any contempt. Win’s Mom appreciates the fact that Tops is there to support her son, and it shows from the glint in her eyes when she knowingly smiles, watching them together. Something very subtle but heartwarming!

The episodes are getting more intense as we delve further into Tops and Win’s relationship. Their “Roommates” status is fast changing into something more intimate. While in the previous episodes, they didn’t have an audience to point out the obvious, now their social circle and family members are coming to the same conclusion. The only thing missing is the “confession.” I’m hazarding a guess that most probably Tops will confess first. I’m interested in watching Win’s reaction because he is nowhere close to accepting his strong feelings for Tops. Keep watching this space as we bring you more updates about this adorable couple who make you swoon with their simple yet riveting romance!