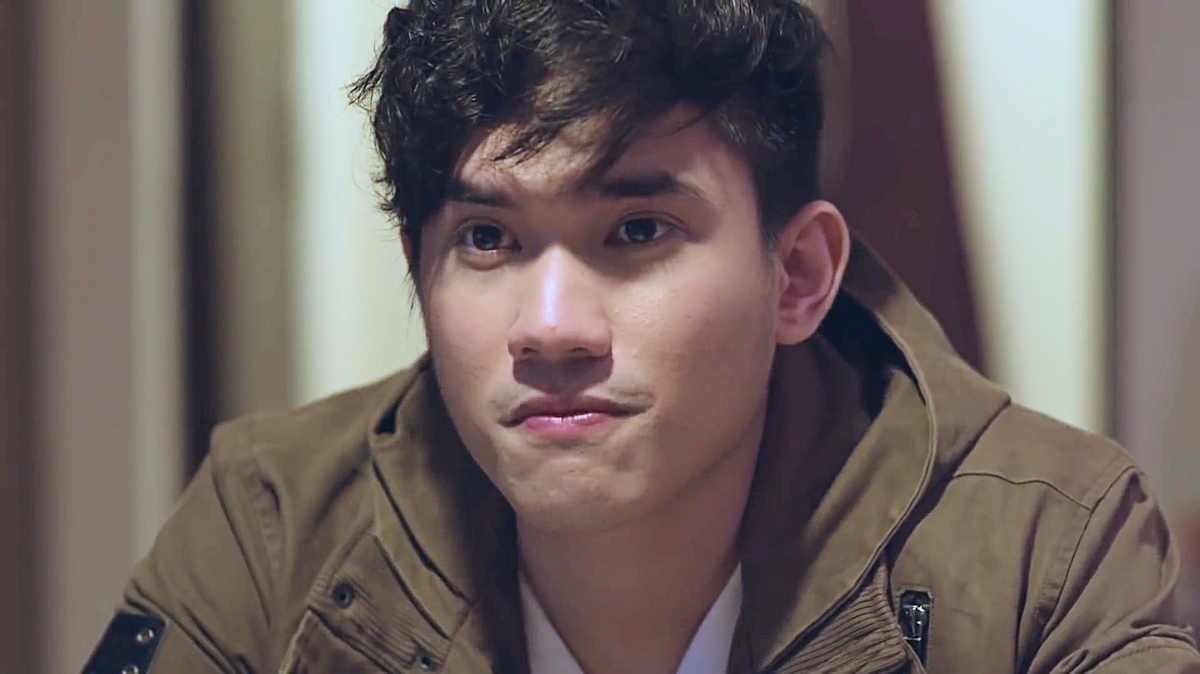 Fresh off Judit, Vlad’s elder sister, writing Karl a check covering his first month’s rent. Karl is free of stress for a few moments. Then Vlad begins to unpack his things, believing that the check covered his living there as well. Karl straightens this out by kicking Vlad out. Throughout an evening of thinking too much and guilt Vlad knocks on the door. Karl has a choice to make but is it a good idea?

My Thoughts on Episode 2

This says a lot about a show on its second episode that I already know when Karl is nervous or when Vlad is knowingly overstepping his bounds. With Judit gone, Vlad begins unpacking his backpack while a bewildered Karl watches. The two get into a tongue in cheek conversation, concluding with Karl giving back the check and sending Vlad packing. Why does Karl do something so stupid? Because the overconfident and suave Vlad literally backs Karl against a wall seductively. It’s evident Karl is big on having his personal bubble not popped. While Vlad just likes to wind him up.

The show’s writing really does a great job of not showing its hand as Karl calls him “Gay for Pay” Vlad actually looks offended. Meanwhile, Karl ignores this and putters about his kitchen, complaining to the open air of his frustrations with rich people. At this point, I’m wondering more about Karl’s past as maybe that’s where his negative view of wealth comes from. One thing is blatantly clear he should never cook while on a rant.

He forgets he has a video interview and tries to focus on his eggs for his rice dinner but while saying profanity. He ruins the interview and is back to the same disappointment we saw in Episode 1. Here we get more of a clear view of his character, and it may be a turn off to some. Karl is an immature child of a man complete with pouting, stomping his feet, shaking from side to side while whining. Only to turn instantly giddy when the owner of the apartment calls – his Uncle Sants.

Something I’m noticing in modern BL’s is this need for the submissive character to be naïve, childish, easily agitated, and somehow loud and shy at the same time. I can’t say the portrayal is realistic, and at times the character of Karl grates on my nerves, but only from the standpoint of if he actually listened, thought things through, and tried before quitting, he would be more mature. But as his uncle talks. Karl visibly calms down and listens to his Uncle. Here we learn more about Karl’s motivations and intentions. After the advice given by the Uncle to Karl, the episode holds our hand as we are shown Vlad sitting dejected outside of the building. At the same time, the Uncle suggests to Karl that he should use his money to pay for his transfer to a different learning program. He also talks about how the world treats gay people and to pay his kindness forward.

The show’s script has a way of showing and telling at the same time that it is a breath of fresh air. It never beats you over the head with things you already know. Vlad humbled himself by asking to use his bathroom, and Karl is calmer after a horrifying daydream. Vlad notices the keyring of a miniature film-sync marker and asks where he got it. Karl explains, with Vlad saying, “it figures.” It makes me wonder if Vlad knows Sants, whether that’s the ex-boyfriend.

Seeing the two awkwardly stand watching each other for any sign of how the night will go is one of the things I love about this show. It doesn’t rush from one moment to the next and instead allows time for subtle tension to be built and diffused. Karl feeling out Vlad’s circumstances while they eat dinner is another peaceful moment of that. We finally see the gay topic brought to the table literally as Karl asks Vlad if he’s gay. The cycle of emotions that go through a three-minute conversation is dizzying as it goes from discussing rude gestures, stereotypes, and world views. Vlad turns the tables and asks if Karl is gay, and he avoids the question. But says it in a way that says the answer.

Vlad breaks the spell of their conversation that left Karl at a loss for words as he heads for the door. Seeing the conflicted emotions written on Karl’s facial expressions is quite telling as he decides he doesn’t want him to leave. Vlad shirtless has Karl witless, and I am delighted to see Karl’s moment with his guard down. With closeness and euphemisms, the tensions from earlier are gone, and I can breathe a sigh of relief.

The next morning after Karl wakes from an INTERESTING dream; the two have a conversation where they learn what’s been obvious the whole episode – They both like film. Vlad once again is heading for the door to go live with his ex, and It’s obvious Karl is not happy about this and offers he live with him instead.

This episode is as good as the first and does a wonderful job of allowing us to know the characters more. Definitely worth watching, so go enjoy it on YouTube at their channel “Globe Studios.”