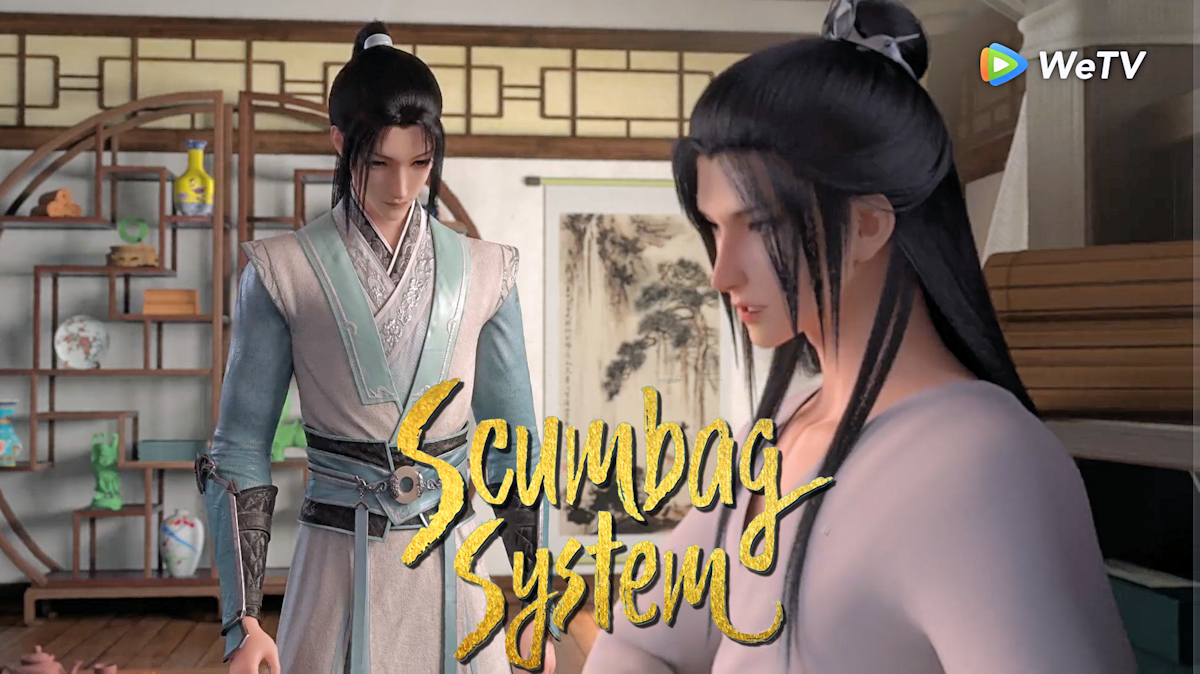 By krishnanaidu88October 17, 2020One Comment
As Shen Yuan gambles a chance with the unruly Demon Saintess Sha Hua Ling and expects a redress, she turns the table on him. However, unexpected help arrives in the form of Peak Master Liu Qing Ge. As he helps Shen Yuan defeat the Saintess, the Demon Clan has no other option left but to flee. Shen Yuan suffers from the consequences of rampant poisoning as his body goes slack. While the Peak Master and the Main Doctor find themselves at odds with this situation, Luo Qing Ge has doubts about Shen Yuan’s real identity (at least one character in this storyline has a brain and actually uses it). While Shen Yuan is nonchalant about his aura fluctuation, Luo Binghe is fast falling for his “Shizun.” When the Demon Saintess spins a “Nightmare” for Luo Binghe, Shen Yuan is caught in the trap unknowingly.

As Demon Saintess Sha Hua Ling attacks without provocation, Shen Yuan is stunned by the sudden surge of energy from his palm. Liu Qing Ge has arrived, and he renders help to successfully drive the Demon Clan out of the Heaven Sky Clan territory. While Shen Yuan falls down exhausted, Luo Binghe is increasingly worried. However, the troll system awards Shen Yuan major points for changing Shen Qingqiu’s rather abysmal characteristics. As Luo Qing Ge questions Shen Yuan’s sudden change of heart and intentions, our protagonist is left wondering about his act’s consequences. Demon Saintess Sha Hua Ling seeks help from one of the strongest Demon Spirits “Nightmare” and spins a dream where both Luo Binghe and Shen Yuan are imprisoned.

As Demon Saintess Sha Hua Ling fails to take the bait that Shen Yuan set and strikes at him instead, Luo Binghe tries to defend his Shizun. Shen Yuan first pushes him away and then repents for the act because obviously, Luo Binghe is invincible. This character is so ridiculous that he keeps doing the same thing repeatedly yet doesn’t learn anything from his mistakes. Or maybe his feelings for Luo Binghe cloud his decision? Because every time Luo Binghe is in danger, Shen Yuan tends to forget that the main character is invincible. I’m enjoying this romance, although there is no way in hell that Shen Yuan would readily accept his feelings. It is stuck in his head that he plays a role in a novel and cannot differentiate between real and fake emotions. Sha Hua Ling is so treacherous, and I wonder how Luo Binghe would make her a part of his future harem?

As Shen Yuan tries to counter Sha Hua Ling’s sudden attack, the resulting power surge leaves him stunned. As always, he praises himself only for Liu Qing Ge to burst his bubble. I had such a good laugh when everyone applauds Liu Qing Ge, and Shen Yuan is muttering about his spotlight getting stolen. I will tell you this character is so relatable; he isn’t audacious like Shen Qingqiu but never be said that he isn’t vain. Liu Qing Ge effectively drives the Demon Clan out, and although he repeats Shen Yuan’s dialogues (which is sort of cringeworthy), I love his style and enthusiasm. When Shen Yuan falls down exhausted, Liu Qing runs to his aid and offers Shen Yuan some of his own powers. I’m enjoying this sudden friendship or at least compromise that these two opposing characters have reached. Shen Yuan has successfully undone the damage the Shen Qingqiu did in his affluent years. Shen Qingqiu was an untrustworthy alliance, but Yuan is effectively bridging his own alliances.

However, the sweetest moment in this episode was Shen Yuan reaching out to Luo Binghe, even in his dazed condition. While Liu Qing Ge holds him, Luo Binghe is increasingly worried. So it’s natural for Shen Yuan to soothe Luo Binghe’s fears. I’m guessing this is certainly a new experience because while Shen Qingqiu was increasingly arrogant and treated Luo Binghe unfairly, Shen Yuan is the complete opposite. The way he looks at Luo Binghe adoringly and praises him certainly made my heart flutter. These two characters are animations, yet they portray their emotions quite well. That’s exactly when the troll system interrupts their budding romance (because meeting out points when our main characters get closer is very, very important to the System; it’s also detrimental to their love life). But no complaints, because the system rewards Shen Yuan major points for Shen Qingqiu “Character Complexity.”

While Shen Yuan is resting, Luo Binghe patiently waits for his Shizun to wake up. I love their dynamics simply because both care about each other but, for some reason, aren’t accepting of the fact. As soon as Shen Yuan wakes up, Luo Binghe apologizes profusely for having negative thoughts about his Master. Shen Yuan is left stunned and bothered by Luo Binghe’s naivety and innocence. However, he doesn’t realize that Luo Binghe’s feelings are fast shifting from respect to love and adoration. He personally cooks porridge for Shen Yuan, and while Shen Yuan enjoys the food, Luo Binghe stares at him like he hung the moon. Boy, this kid has it bad for his Shizun! Shen Yuan is the one to be left behind when he grows jealous, hearing one of Luo Binghe’s well-scripted dialogues for his future harem women. This shouldn’t be so hilarious, but I can’t help laughing at Shen Yuan’s expressions.

Yua Qing Yuan returns with Mu Qing Fang, Qiancao’s Peak Master. Shen Yuan’s diagnosis puts everyone on edge, and both of the Peak Master’s lament on their inability to help him (Seriously, why are these two so melodramatic?). Liu Qing Ge agrees because he swiftly puts an end to their drama and sends them off. Liu Qing Ge has doubts of his own, because it is impossible for him to trust this new version of Shen Yuan, friendly and selfless. He also has questions about why Shen Yuan defended a nobody like Luo Binghe. I’m glad that comment raised Shen Yuan’s hackles because he lists his dear disciple’s strengths and doesn’t let anyone belittle him. Surprises never seem to end in this anime.

Sha Hua Ling plans something twisted and evil for Luo Binghe, and in the next scene, Shen Yuan wakes up to find himself trapped in “Dreamland” (seriously, Plane in the Sky, please come up with better names). He is left shocked because, in the original storyline, Ning Ying Ying was pulled into the Dreamland, and she helped Luo Binghe. As he bickers with the Troll System for the umpteenth time, you understand that now Shen Yuan is the closest person to Luo Binghe. He trusts his Master more than his Senior Sister, and while Shen Yuan is oblivious to this fact, the troll system isn’t. Shen Yuan is left with no option but to complete the storyline himself, lest the system will deduct his points again.

Luo Binghe notices him, and he rushes to his Shizun feeling relief. As they embark on this strange journey through the Dreamland, Shen Yuan laments that Sha Hua Ling would use such underhanded tactics to get close to Luo Binghe. I mean, what’s the use? The only person in Luo Binghe’s heart is Shen Yuan! As they walk through the illusion, they reach a phantom city made of nightmares. This scene reminded me of “The Untamed.” The author seems to lean heavily on using the same techniques to set up challenges for her main lead characters. Nothing against it, but I was hoping for something more original. What kind of trouble will our main leads face in the Dreamland? How will Shen Yuan and Luo Binghe face this new challenge? Since Shen Yuan’s aura is unstable, will he be able to help Luo Binghe to escape this illusion? Who is that one person with a face? Is he a positive or a negative character?

Rating: 4 out of 5 stars [See our Review Guide] Keep watching this space as we bring further updates from this exciting Donghua!