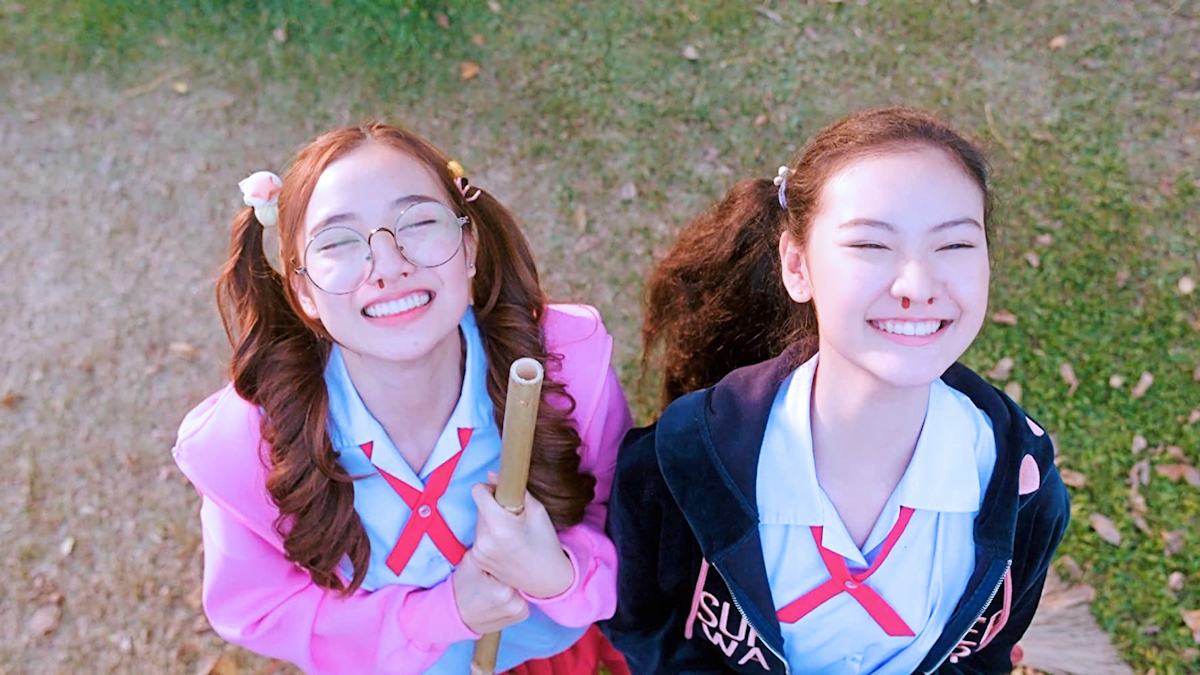 A Perspective on Girls in BL Series

BL means Boys Love or a series of fictional or true dramatizations of love stories between men.  But what about the women and girls who exist in these series? These characters who are either screen time filler with uncomplicated stories or catalysts for drama.  Sometimes they meet a male character who is friends with one of the mains.  Magically the two fall in love and have smaller roles that never go much beyond the surface as seen by the audience.

Besides the side love-couples, we have the Femme Fatales. More often than not, these model-level pin-up beauties were dating one of the mains and get left for a man. Often, almost in a cartoonish fashion, they declare all-out war on their ex. Finally, we have the almost-always nerdy shippers.  These “Y” girls go to any lengths to foster their fantasized ship getting together.  Why can’t these ladies catch a better storyline or better, more thought out stories?

In Thai BLs, which this article addresses primarily about girls falling into only a few categories like in “SOTUS.” May (played by Neen Suwanamas) ls the main female character who shared the screen with Kongpob and Arthit.  Her girl-next-door aura and subtle makeup made her stand out less than the male characters. But that’s not uncommon in BLs as the focus is normally on the men of the series.  She appeared almost randomly every episode, whether in the background or as the object of Kongpob’s best friend Aim’s affection.

When the library scene happens, and it becomes clear her eyes are on Kongpob. Her character gets more lines, as does Aim, as they both moon over their individual love interests. That is how it goes for the beautiful woman in most series.  They share screen time with the men, but it’s not until these beauties catch a man’s eyes that they get depth as a character in the show.

It’s always struck me as odd since these women appear alongside the men when the show begins.  They help the men get acclimated to their new environments.  Introduce them to their friends, and then they fade into the background. Why? Screen time and the fact that these series primarily cater to the audience who’s watching to see Boys Love.  I just wish these smart and beautiful women had more to do and contributed to the story as much as their male counterparts.

There are exceptions to this like fan-favorite Yiwha (played by Maengmum Tanshi) from “Together With Me.”  The character is a fiery, vivacious woman who declares her independence and lives up to it from the start.  A strong female character in a BL goes a long way to feel like a part of the main characters. They are written into the majority of scenes.  Based on this status, they are normally friends with the main couple.  Yiwha starts off with the perception of being a “Maneater” (Editor’s Note: An irresistible woman who chews and spits out men after using them for some sort of gain – be it sexual, financial, or psychological). Appearing almost always in short skirts and turning heads, she draws attention wherever she goes with Korn.  But as you watch her interact with characters, you see her sensitivity and shyness. Strong female characters are the only versions of female characters to be given actual depth in BL plots.

I understand there is only so much time in an episode, but if you’re going to have these women in episodes, they need to do more than be pretty creators of conflict like Hwahwa from “Why RU.”  Her character existed primarily to be pretty and flirt with P’Fighter but did nothing else.  Having minutes of episodes dedicated to her acting pout’ ish or staring despondently at nothing felt like a waste of the actor’s time. She brought so much energy to her sparse lines that it’s pretty obvious she could have done more with the role.

Femme Fatales seem to be a writer’s favorite tool for creating plot conflicts for the mains, which can work and, most of the time, does.  But continuing to use this trope is getting tiresome to me.  The woman is left by the male character, turns evil, and lashes out.  Their antics range from shaming the man to outright violence, like hiring men to harm the character with comic book level villain antics.

It almost always stems from the woman having some distorted view of love and being ruled by it.  Personally, I hate the implied perception that women are ruled by their emotions and, therefore, slaves to them.  It sends the message that women are weak or evil by nature, and that’s not right at all to me. These characters often have full lives and means to live beyond the men and still turn evil for some reason.  It gives the viewers a warped perspective on women; they are enemies of gay love and will go out of their way to destroy it.  I wish that authors and scriptwriters would write these villains with actual depth and make them three-dimensional characters.  Because once their intentions are made clear, the characters are rarely seen until the evil acts are pending fruition.  Seriously, this continued trope detracts from their roles in the series to only be menacing and or hateful.

In “Tien Bromance,” both Hong and Phong are two women who have both declared war on title character Tien and Tai for different reasons.  The characters have unique reasons for wanting nothing but to ensure miseries for the men.  Both have their actions explained very well and shown fully in the episodes. I wish more series laid out the Femme Fatales like that.  It felt stronger and more real to me as a viewer seeing every side of them.

Fujoshi or Shippers are women who ship two men together.  They are generally used for comic relief in the lengths they will go to see two men kiss. These women have no sense of boundaries and will go as far as breaking into an all-guy school, taking photos of them, spreading rumors across social media, and other rank invasions of privacy.  Most people despise the characters in modern BL shows as they clearly fetishize the men.  These characters have become a part of BL culture and can be found in almost every show.

I don’t have anything against these characters per se.  However, the characters are often depicted as childish women in colorful outfits almost on par with Harajuku clothing styles.  They have no real sense of priority and often will do anything to see their ship sail, whether it’s lying to other characters, manipulating situations so their ship is in the same room or fighting others in defense of them.

GMMtv recently created an entire series dedicated to this trope called “The Shipper,” where a character, Pan, a shipper, exchanges bodies with one of her OTP.  She, of course, does whatever she can to see her ship sail.  The show drew on the many positive and negative traits of a Shipper to display her naivete and almost stupidity as she often found herself in outrageous situations.  Looking back at the many shipper characters I’ve seen over the years, I can safely say it was an accurately depicted view of them.

Why is it that these characters and their actresses never get the fair end of the deal when it comes to the shows they are in? Maybe the fact that men write most of these BL shows could be an answer.  Almost all the main actresses are beautiful to the point of being sexy. They are written like the unattainable girls from High School with superficial airs and flawless skin.  Even the shippers in their coke bottle glasses have gorgeous faces beneath. So why not give them better scripts? Why is it in many shows they appear to be waiting to be acknowledged?

At some point in our lives, we have seen that couple, the man charming and all smiles.  His girlfriend stands beside him quietly, smiling, but in those eyes, we see intelligence.  Like there is something smart on the tip of her tongue, and we won’t get to hear it because he won’t shut up.  Would it be a stretch to cut a few minutes of extra filler out and insert a girl or woman achieving some goal or having an actual conversation that doesn’t discuss whether that guy is hot?  Can we use these female characters as more than brightly lit neon signs (figuratively) pointing at how hot Kongpob is? We know he is, but Mae is working her butt off to keep up with school; let’s see her succeed, please.

What was the point of creating a show about Shippers if you’re going to characterize them as empty-headed fetishizers? Why not show some depth to these two high schoolers? You took the time to point out the teen sex and how prominent it is in high school. Could we show a female who isn’t promiscuous?  Females’ presentation in these shows needs a progressive push forward, more than just by a few steps forward; it needs a revolution to see something more relatable.

Let’s let the cat out of the bag and show women who are more like the target audience of these shows and personify role models with which they can lookup?  If it’s a femme fatale, take the time to highlight how they come to be that way; if it’s eye-candy, let them have some brains behind those beautiful eyes and perfect skin. If it’s shippers, can they also pass their classes and learn the meaning of a locked door.